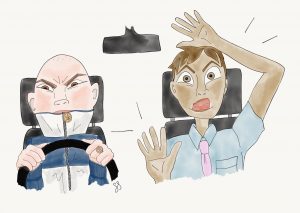 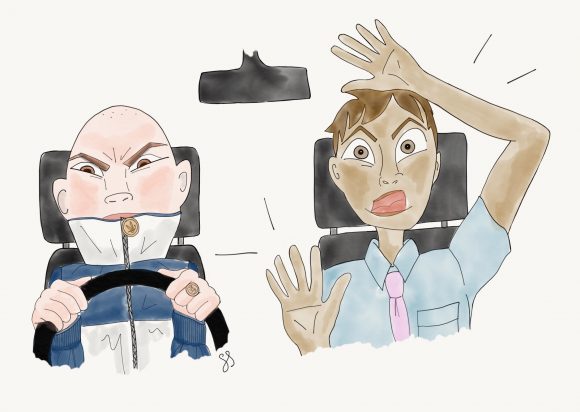 HIS column is probably Car Dealer’s most popular feature – and for our 100th issue recently, we asked the brilliant Big Mike to do something a little bit special. We’ll let him take up the story…

‘When Car Dealer’s editor asked me to recount my 100 most interesting experiences as a purveyor of fine previously-cherished automobiles, I don’t think he realised how ridiculous a suggestion it was.

‘If I had, you wouldn’t be able to lift this rag off the dealership coffee table. After all, I do like to go on.

‘So, read on, dear reader, and thank you for consistently telling Mr B that you enjoy these wobbly old ramblings clipped from my years in the trade.’

I’m often wary of going out for a blast in a sales car with young men. For some reason, they think they need to show off a bit, as if I’m going to judge them on their high-speed car handling ability. Believe me lads, I’m not. And I’m too stocky and carsick to be chucked around the cabin. I remember one customer a few years ago who came in on the sniff of a Rover 220 Coupe Turbo (they were hot property back then, especially in Birmingham).

Like most youngsters, he had good money, as we all know that as you get older and your income goes up, your disposable goes down. One of life’s cruel tricks. So despite the alarm bells sounding at the sight of his Global Hypercolour T-Shirt and baseball cap, I let him go for an accompanied drive.

It’s a little-known fact that the Rover 200 Turbo Coupe once held a few land speed records. I think it still holds the one for the Hagley Road at 4.35pm on a Wednesday afternoon. At one point, I saw three figures on the dial as we approached a bus stop, complete with its very own indicating bus. I’m ashamed to say I was sick. To be fair to the lad, he still bought it. The car, that is, though if he carried on driving like that, he would have bought it in a very different sense soon after. 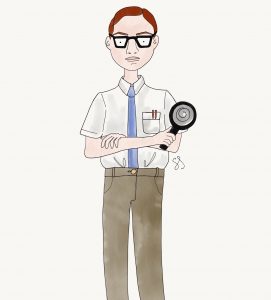 Every car dealer will tell you that there are some people to whom selling a car is just way, way too much hassle. I remember spending an entire afternoon back in the early Nineties in the company of a man dressed entirely in beige – all 50 shades of it – as he decided whether or not to part with £1,795 against a 1987 Volvo 340.

He, quite frankly, couldn’t decide if it was right for him or not, and kept asking himself, loudly, if he could find a better one anywhere else. My guess is he couldn’t, as I actually present my cars pretty well, but after agonising over the car for a good two hours (I left him to it…), he wandered over to the office and presented me with three sheets of A4 of all the things I’d need to rectify before the sale, after which he’d be ‘quite prepared’ to make me an offer.

They ranged from ‘front tyre brands don’t match’ to ‘Fruit sticker found on inside of rear passenger arm rest’. The first I found a bit petty but would never have let become a deal-breaker, the second was all the proof I needed that I couldn’t ever do business with the guy. This was reaffirmed when I flipped the page to learn it was ‘a bit too bright a shade of gold’. I politely told him I didn’t have the sales margin in the car to commit to his rectifications, but could I please keep his list to help me out. It’s still on my office wall. 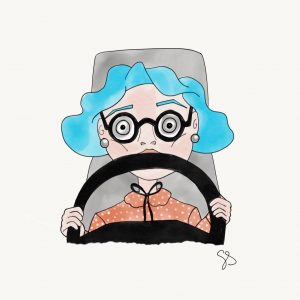 Down at my local, my nickname is Kojak. It’s not because I’m bald, but because I have, among my collection of useless artefacts, a slightly bent lollipop. One with the words ‘Stop’ and ‘Children’ written upon it.

I acquired the ’pop one November afternoon back in 1988, from the passenger seat of a metallic blue Metro Vanden Plas being driven by a lovely old lady called Betty. Having not driven for 12 years as ‘I didn’t have to until he went and popped his clogs’, Betty had decided to buy herself a little runaround to last her through her twilight years.

One thing she hadn’t done, though, was bother to treat herself to any glasses, and as we set off through the backstreets of leafy Edgbaston, it soon became apparent that she wasn’t one for hazard perception.

Taking her out on a test drive at school kicking-out time, then, was asking for trouble.And trouble it was as we approached a school crossing, complete with fluorescent yellow lollipop lady embarking upon the task of getting some small people safely home. Betty didn’t see her, and to make matters worse, the lollipop lady had assumed, as Betty was going so slowly, that she was stopping. I had to take things into my own hands, and as we passed the still-moving lollipop lady at a speed that narrowly missed her toes with the front tyres, but would guarantee to squash her with the back ones, all I could do was grab her by her lolly stick and bat her backwards onto the pavement with the round end.

It wasn’t until we got back to the lot, with me a quivering wreck, that I realised I was still holding it. 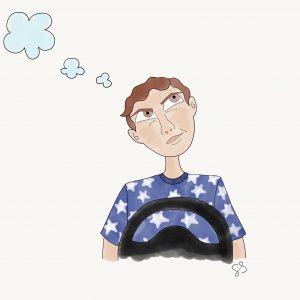 On one occasion in the early 1990s, I was a passenger in a Nissan Sunny I had for sale, being driven down Smallbrook Queensway by a bloke who looked everywhere but. I recall, quite clearly, how he drove onto a roundabout whilst looking out of the passenger window, completely oblivious to what was approaching from the right (I recall it being a skip truck).

The moment at which I insisted on taking over at the wheel came, though, as we approached a queue of brakelights at 40mph, while his nibs was gawping out of the side window and talking about cricket. My last-minute intervention with the handbrake, and by yanking the wheel across to the left to steer us up a grass verge rather than into the arse of a tipper lorry, is one of the reasons I’m still alive today… 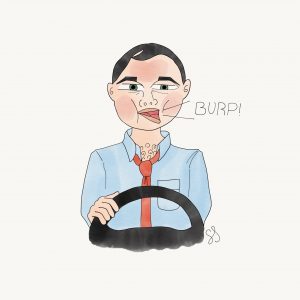 I’m normally not a bad judge of character, but, like everyone, my judgment can be a bit clouded by a few measures of the tan stuff. So when, a couple of years ago, a huge bloke came onto my lot a fortnight before Christmas, just after I’d been for my usual festive luncheon with the funny handshake brigade, I was already in the passenger seat before I realised he was as half-cut as I was. What ensued was a slalom tour of the northern suburbs of Birmingham in a V8 Range Rover, which ended up in the driveway of a pleasant detached with the bonnet buried in a privet hedge.

The driveway, incidentally, was the owner’s, and it fell to me to get a cab home, as no sooner had we parked up than he got four grand out of his jacket pocket and insisted he wanted to keep the Rangie. I’ve no idea if he remembered the following morning, but by then I’d already posted the V5…

Coming up in part two, meet The Absolute Beginner and The Terrifying Tailgater. Illustrations by Scarlett Josse