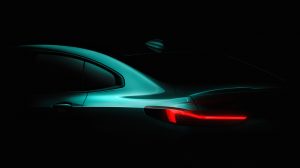 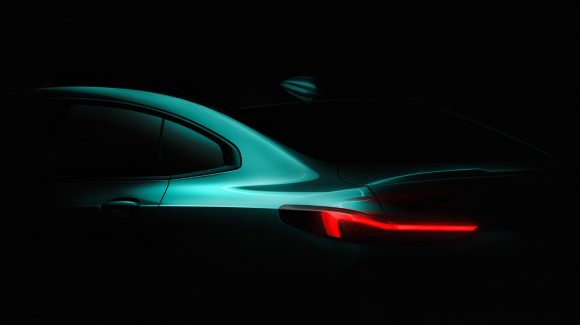 A TEASER image of the upcoming BMW 2 Series Gran Coupe has been revealed, with the new model set to be revealed in full in November.

It’ll share a platform with the upcoming new 1 Series — meaning a move to front-wheel-drive — and debut the four-door Gran Coupe moniker on the traditionally two-door 2 Series.

It’s not yet clear if a regular coupe version will be offered alongside the four-door machine yet, and if such a model would retain its rear-driven layout or also find power sent to the front axle.

Little of the car’s design is given away from the teaser image, but a sloped rear at the roofline is easy to see — along with an angular taillight design, similar to that seen on the latest version of the 3 Series. No confirmation yet on what powertrains will be available for the car, but expect a mix of petrol, diesel and electrified powertrains from launch.

A switch to front-wheel-drive does bring the future of the high-performance M2 into question. Renowned as a compact RWD coupe, a future version would likely be heavily changed compared to the current machine — although it’s possible it could follow in the footsteps of the recently-introduced M5 in moving to an all-wheel-drive configuration.

Expect to hear more at the LA Auto Show taking place in November, with BMW aiming to bring the car to market in early 2020.

MORE: BMW warns profits will fall because of costs and trade uncertainty

MORE: Dealership’s delivery disaster as car is left at the wrong house