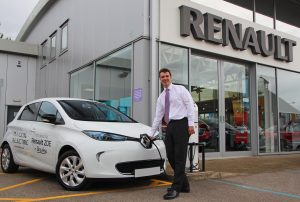 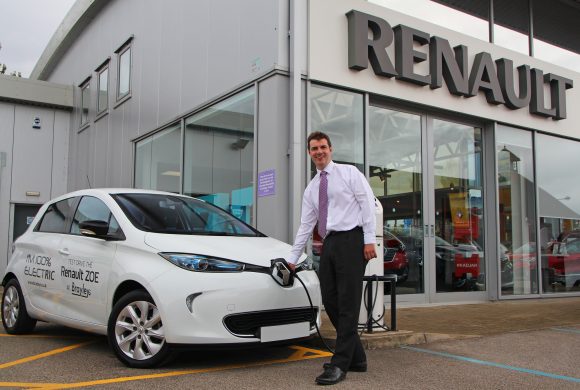 BRAYLEY’S Renault has reported a three-fold increase in the number of buyers of 100 per cent electric models from its showroom in Westcroft, Milton Keynes.

The increase in the number of EVs on the roads of Buckinghamshire, such as the clever hatchback Zoe and quirky Renault Twizy, reflects national demand for more environmentally-friendly motoring.

And at Brayleys Renault, demand for such cars has risen by an impressive 330 per cent year-on-year.

Figures published by the Society of Motor Manufacturers and Traders show that in the first half of 2017, pure electric vehicle registrations increased by almost 80 per cent compared with the same period last year.

One of eight national pilot projects set up by the government to explore and encourage the take-up of electric vehicles, the Milton Keynes Plugged-In Places Scheme now consists of more than 200 charging points. A quarter of these are rapid charging stations, enabling a full charge in just 20 minutes.

Paul Brayley, managing director of Brayleys Cars, said: ‘As the charging infrastructure and battery technology continues to improve, the benefits of owning a zero-emission electric car are clear to see, which is why our Renault dealership in Westcroft has seen significant growth in inquiries and sales.

‘The Brayleys team has a wealth of knowledge on the benefits of electric car and van ownership for both retail and business customers and we expect this trend to continue, helped by the recent launch of the new Electric Vehicle Experience Centre in Milton Keynes.’

MORE: Two per cent of drivers plan to buy a fully electric vehicle

MORE: New petrol and diesel vehicles to be banned by 2040