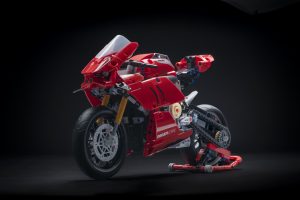 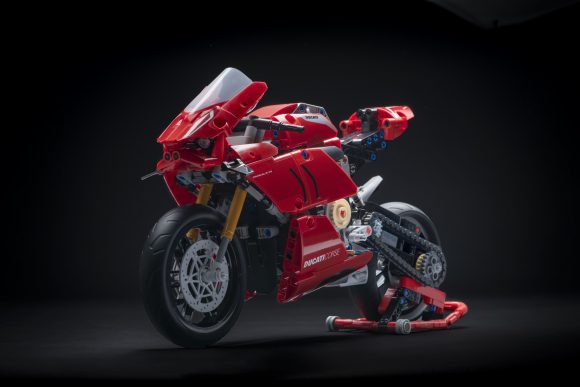 Traders were being PAID 40 dollars to buy a barrel of oil yesterday as falling global demand pushed the price into negative territory for the first time in history.

Anyone who was willing to collect oil on-site in Texas was able to pick up perhaps the deal of the century as storage facilities around the world ran out of capacity. It takes the large oil producers a long time to slow down production, which has caused an oversupply issue while much of the world is in lockdown.

Aston Martin’s new boss has said his priority is to restart the luxury car firm’s manufacturing operations after taking control in the midst of the coronavirus crisis.

Shares in the company jumped after Canadian billionaire Lawrence Stroll formally took over as executive chairman yesterday, after purchasing a 25 per cent stake in the business.

In January, Stroll, the owner of the Racing Point Formula 1 team announced a £500m funding deal to support the troubled car firm. The company also confirmed Toto Wolff, Mercedes’ Formula 1 team principal, has bought a stake in the business.

The Chancellor has dismissed calls for the government to ramp up the level of support it is providing small businesses.

Rishi Sunak said that increasing the government guarantee on loans to help small businesses withstand the economic impact of coronavirus was not the right measure.

Labour had called for the government to guarantee 100 per cent of the loans taken under the Coronavirus Business Interruption Loan Scheme (CBILS), up from 80 per cent.

‘I’m not persuaded that moving to a 100 per cent guarantee is the right thing to do,’ said Sunak.

Vehicle ownership in the UK has topped 40m for the first time, according to new data released today.

The figures, revealed by the Society of Motor Manufacturers and Traders, show that more than 35m cars and five million commercial vehicles were in use during 2019 – an increase of one per cent on the previous year.

The UK’s largest automotive analysis reveals that more than 35 million cars and five million commercial vehicles were in use in the UK in 2019, representing a 1.0% increase on the previous yearhttps://t.co/KHbiZXodzb pic.twitter.com/VnnwRMjFtK

Ducati has teamed up with Lego to reveal the latest Technic model in the line-up – the Panigale V4 R.

It’s the first-ever brick reproduction of a Ducati model. It’s made up of 646 individual bricks and features scale representations of many of the full-sized bike’s inner workings.

The two-speed gearbox has been included, while realistic suspension gives the bike ‘life-like’ movement. It also gets front and rear disc brakes, kickstand and exhaust and even a realistic dashboard.

Deficit could hit £300bn this year

Borrowing could hit £300bn this year as the government races to keep the economy alive.

The Centre for Policy Studies predicts £127bn will be spent in bailout costs, including the furlough scheme which launched yesterday.

It forecast a further £119bn will be spent in indirect costs such as lower tax revenues, using the Office for Budget Responsibility’s (OBR) scenario of a three-month lockdown.

The OBR forecasts a 35 per cent drop in GDP between April and July, but with a steep recovery and return to normal by the end of the year.

17,500 firms apply an hour for cash under furlough scheme

Some 140,000 applications were made yesterday for assistance under the government’s furlough scheme – with businesses applying at a rate of 17,500 an hour.

Chancellor Rishi Sunak revealed at the Downing Street daily briefing that initially there had been 67,000 claims in the first 30 minutes of the HMRC portal opening. Firms need to apply by Wednesday if they are to get the money in time for the end of the month pay day. Read the full story here.

The UK’s cyber security agency has launched a service which allows people to report suspicious emails to them.

The National Cyber Security Centre (NCSC) has warned of criminals increasingly looking to use the pandemic as a way to scam people. In response, the centre has launched a Cyber Aware campaign while the UK’s top spy has also urged people to be more vigilant online.

Jeremy Fleming, director of GCHQ, explained that the ‘crisis is changing the world very fast … the scale of activity among opportunistic cybercriminals seeking to profit from the virus should concern us all’.

The average price of car insurance cover has risen to £809 per year, according to new data.

New figures compiled as part of the Confused.com car insurance index and based upon around six million insurance quotes made by the site each quarter found that the average quote rose by six per cent over the last 12 months.

It means prices rose by £47 in the last 12 months, and pushes the average premium price close to the record high of £858 recorded in 2011.

Households’ confidence in their financial situation plunged at the fastest rate in over a decade in April, as around one in three reported a drop-off in their employment income, according to an index.

The IHS Markit UK Household Finance Index (HFI) – which measures overall perceptions of financial wellbeing in the working age population – plummeted in April to its lowest reading since November 2011.

The fall in demand from new tenants in the rental sector has been less severe than the drop-off in house-hunters in the property market.

Zoopla said that, across the UK rental market, tenant demand fell by 57 per cent between March 7 and March 30 – a more modest decline than a 70 per cent fall in home-buyer demand.

Since then, rental demand has increased by 30 per cent in the two weeks to April 14.

Safety impact of e-scooters to be investigated by MPs

The potential consequences of allowing electric scooters to be used on UK roads are being investigated by MPs.

An inquiry has been launched into the possible impacts on safety, congestion and greenhouse gas emissions, the Commons Transport Select Committee announced.

The UK is the last major European economy where e-scooters are banned everywhere apart from private land.

Prince Philip’s car crash caused a spike in the number of elderly drivers handing back their licence.

On January 17, 2019, the Duke of Edinburgh rolled his Land Rover after colliding with another car near the Sandringham Estate in Norfolk.

Following a Freedom of Information request, DVLA figures revealed a 21 per cent increase in the number of drivers aged 90 and over voluntarily surrendering their licence last year. The Duke was 97 at the time of the crash.

And finally some weather news…

The UK is set to be hotter than Lanzarote at end of week as temperatures could hit 24 degrees C.

Sweltering temperatures are expected to hit the UK at the end of the week as the hottest April in almost a decade is set to continue. A sunny Thursday and Friday will see the temperature reach as high as 24C (75.2F) as London will be hotter than Lanzarote and Corfu.

Forecasters said the expected heatwave is due to a large area of high pressure to the north of England making the days clear and bright. A weather map showed the giant zone stretching from Scandinavia to Ireland.