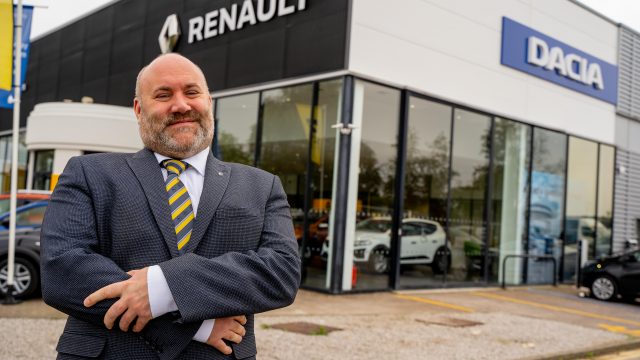 Bristol Street Motors has opened the doors to its new Renault Dacia dealership in York following a £300,000 investment.

The site at Clifton Moor Gate sees 15 new jobs created covering all areas of the business including servicing, sales and administration.

The dealership is also offering an apprentice service technician role as it looks to support the next generation of workers.

The premises have been fully refurbished using local contractors, bringing them up to the latest manufacturer standards.

The dealership benefits from LED-lit vehicle display booths with digital screens on the forecourt, as well as interactive car configurator tablets inside.

To cater for Renault Dacia’s ever-expanding range of electric and hybrid models, seven EV charging points have been installed, allowing customers and visitors to charge their vehicles.

Both private and commercial customers are welcome, with a dedicated business centre manager able to support businesses with their fleet needs.

‘The site looks fantastic and has a huge range of modern digital features, which properly showcases the new Renault Dacia models.

‘Our timing couldn’t have been better. The all new Sandero and Duster have just arrived from Dacia, as have the new Renault Arkana hybrid models – a new modern dealership for new modern vehicles!’