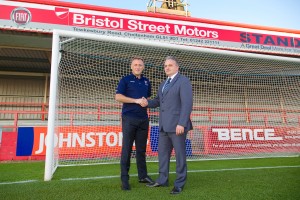 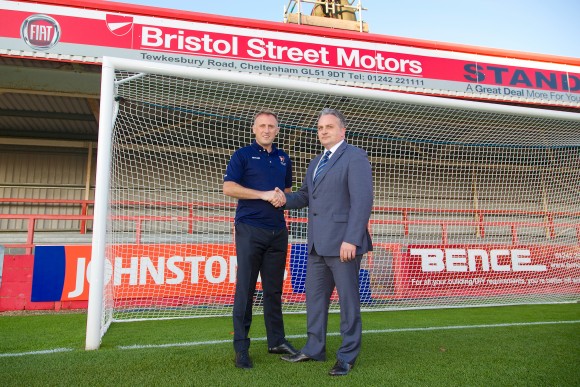 The Tewkesbury Road dealerships, part of the Vertu Motors group, will become the sponsor of the Prestbury Road End Stand at the club’s Whaddon Road ground and will also have banners placed around the stadium.

Currently in League Two, Cheltenham Town Football Club are led by Mark Yates who has been the manager since 2009.

Nicknamed the Robins, the club won the Football Conference title in 1999 achieving full league status for the first time.

Paul Pritchard, general manager at Bristol Street Motors Cheltenham, said: ‘The Robins are a very well-respected football club with a loyal following and we are proud we could work together.

‘Sport is important to the people of Cheltenham and the football club is at the heart of the community. Bristol Street Motors is pleased to be working alongside them.

‘We wish Mark and his team the very best of luck for the rest of the season.’

‘Support from local businesses is so important to a club at our level and we are grateful that Bristol Street Motors is one of our lead sponsors.’

MORE: Motor Depot set to expand into the West Midlands