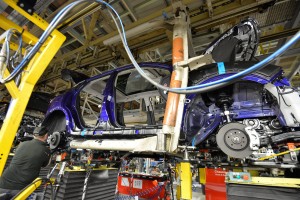 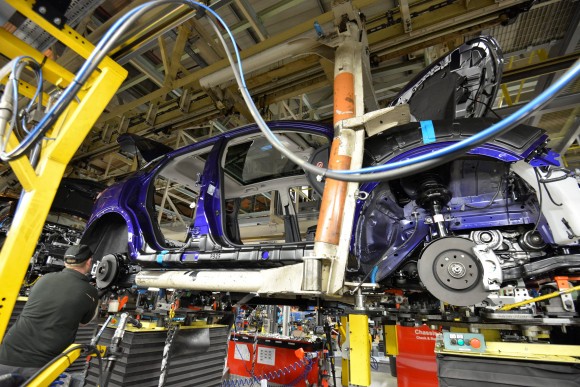 THE UK motor industry is the most productive in Europe, ahead even of Germany, according to a new study by the Automotive Council.

The study said the figures showed a trend of increasing productivity over the past 10 years and partly reflected a move towards process efficiency following the global financial crisis and a shift towards the production of high-value premium vehicles.

Labour flexibility and constructive labour relations were also singled out as a key strength within the industry.

However, British car makers ranked seventh out of 16 in global productivity, and the study warned that a shortage of engineers and technicians threatened Britain’s standing in Europe.

The UK Automotive International Competitiveness Report 2015 stated: ‘In simple terms, the availability of engineers is critical – and perhaps the highest barrier to bringing high-value investment to the UK.’

It added: ‘The UK automotive industry offers the promise of substantial growth over the medium and long term – and with that growth comes the opportunity to create dynamic, high-value and highly productive employment across the country.

‘But this rapid growth also poses problems: while the flexibility of British workers – and their high levels of productivity – have allowed the recent expansion of manufacturing volume in the UK to be achieved at some pace, without addressing the issue of skills there is a risk that the opportunities offered in vehicle manufacturers and in the supply chain will be missed.’

MORE: Many VWs won’t be recalled for almost a year, as Porsche profits tumble

On SuperUnleaded.com: Watch A Bunch Of Ferrari FXX Ks Getting Utterly Thrashed – You Can Thank Us Later