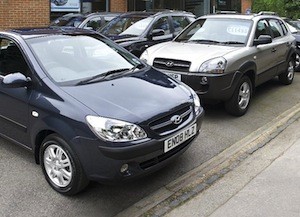 That’s the view of CAP Automotive which believes that large numbers of pre-registered cars in the market, along with the pursuit of daily rental business by some manufacturers in the closing days of 2013, could lead to reducing trade values for the youngest used cars.

According to the latest Black Book Live market report ‘only around 20 per cent of cars available in the current trade market could be described as anywhere near clean’.

Evidence mounts daily that CAP’s predictions of rising trade prices for desirable stock during early 2014 were correct. However, there is now a growing risk of oversupply among younger cars as many manufacturers continue to pursue dealer pre-registrations or ‘short cycle’ rental business as ways to gain market share.

CAP says fear is developing among dealers and other automotive professionals that oversupply among nearly-new cars may force their values down – a phenomenon that tends to ‘ripple down’ through the other age bands as older cars devalue to remain competitive on the forecourt.

Black Book Live cites the example of low-mileage cars registered last August which are now competing against cars registered less than a month later. The August-registered cars are inevitably falling in value to preserve the ‘premium’ enjoyed by the newer September plate.

Black Book Live senior editor, Derren Martin said: ‘We are already seeing some pressure on values where short cycle cars are returning to the market.

‘This increase in rental business is not confined to the usual suspects among the mainstream volume manufacturers, with some premium German brands also posting very substantial increases in that area too.

‘Nor is the issue of growing supplies of newer cars confined to increased rental business. Certain manufacturers who have not pursued the same course have, instead, simply increased their number of self-registrations.

‘This shows that, in the pursuit of market share, there is more than one way to skin a cat.’