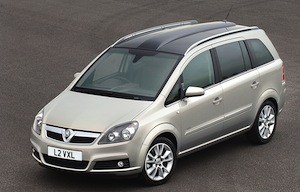 Car dealer fined for the sale of ‘written off’ vehicle

A CAR dealer from Belfast has been fined for the sale of a ‘written off’ vehicle.

Robert Brown, who trades as BB Autos, pleaded guilty to three charges under the Consumer Protection from Unfair Trading Regulations 2008.

The case was brought forward by the Trading Standards Service of the Department of Enterprise, Trade and Investment, which saw Brown fined a total of £600 and £40 costs at Belfast Magistrates’ Court.

He was also ordered to a pay a redress of £2,500 to the consumer who had bought the ‘written off’ vehicle.

In May 2011, a customer purchased a one-year-old Vauxhall Zafira from Brown, in response to an online advertisement with a manufacturer’s warranty.

After noticing a few problems with the car, he eventually took it to a main Vauxhall dealer for repairs. Expecting the warranty to cover the cost of the repairs, the dealer advised him that the car had been declared a Category D write off and so the warranty was void.

The investigation carried out by the Trading Standards Service found that Brown has acquired the car already damaged from a salvage business before having it repaired.

Brown failed to inform potential buyers of the car’s status and history and did not check the impact it would have on the manufacturer’s warranty.

Peter Rankin from the Trading Standards Service, said: ‘The purchaser relied entirely on the advertisement and the sales patter being true. In fact, he ended up with a poorly repaired vehicle that was worth considerably less than he paid for it and would be difficult trade in when he decided to change it.’