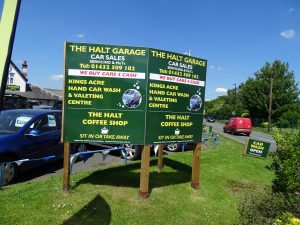 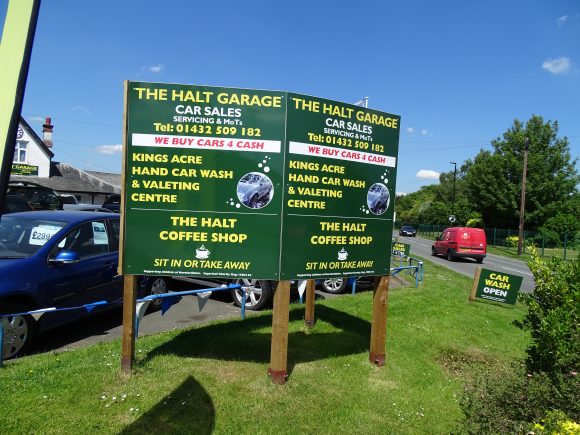 A HEREFORD car dealer has been jailed for 20 months for a string of offences including forging service histories and selling write-offs.

Kenneth Leach-Smith, 59, of Rose Cottage, Kington, traded as Halt Garage in Kings Acre Road, Hereford, and two weeks before the scheduled trial in May, he pleaded guilty to three counts of forging service histories, one of fraud for falsely claiming a car received a cam belt change and three unfair trading offences for falsely advertising multiple vehicles and selling two cars that had previously been written off. 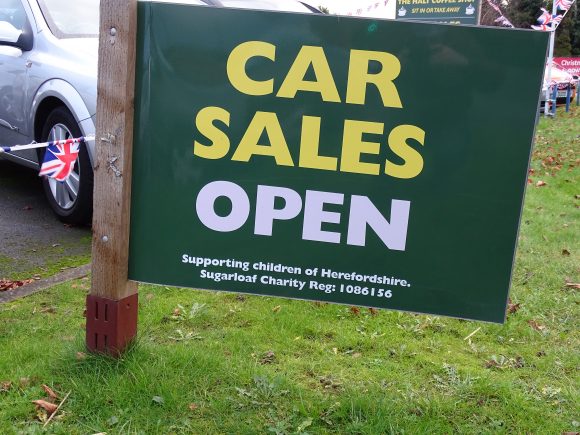 One of the Halt Garage signs that falsely claimed money was donated to a local children’s charity. Image: Herefordshire Council

Worcester Crown Court was told that Herefordshire Council trading standards officers visited the garage in May 2017 after receiving a complaint and found forged service records as well as a number of vehicles being falsely advertised as having full service histories.

An investigation uncovered further forgeries, such as the sale of a clocked car and insurance write-offs, and false advertising where Leach-Smith claimed all cars were HPI-clear. In addition, signs displayed around Halt Garage falsely claimed that money was donated to a local children’s charity that was in fact dormant.

Judge Nicholas Cole sentenced him to 20 months in prison on June 13, and after the case, council trading standards manager David Hough said: ‘This custodial sentence should act as a strong deterrent to anyone in the motor trade who is considering misleading and defrauding customers.’

The garage has been under reputable new ownership since July 2018.

Pictured at top is the Halt Garage site when it was under the ownership of Kenneth Leach-Smith. Image: Herefordshire Council