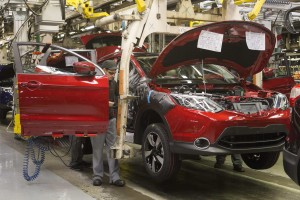 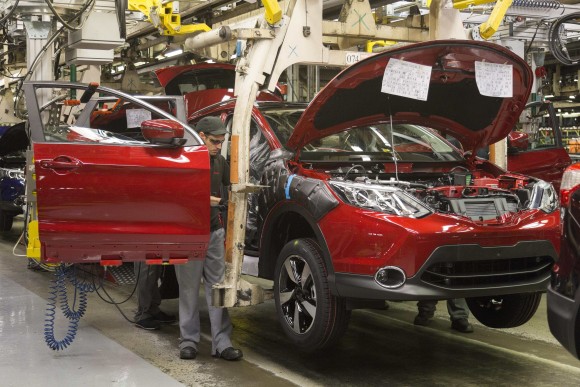 BRITISH car manufacturers made more cars in 2015 than any year since 2005, according to figures released by the SMMT today.

A record number of cars – representing 77.3 per cent of total production – were for export, with 1,227,881 units leaving the UK, up 2.7 per cent on 2014 levels. Challenges were experienced in some global markets such as China, where demand fell by 37.5 per cent, and Russia, where export volumes declined 69.4 per cent.

However, the economic recovery in Europe, the UK’s biggest trading partner, boosted demand for UK-built cars considerably by 11.3 per cent in 2015. The region now accounts for 57.5 per cent of all UK car exports.

Appetite for British-built cars grew significantly in other key and emerging regions.

In the US, demand rose by more than a quarter (26.5 per cent), making it the UK’s biggest trading destination outside the EU, ahead of China.

British consumer and business demand for British-made cars also contributed to last year’s success, with the home car market rising 8.1 per cent on the previous year. One in seven new cars registered in the UK in 2015 was made in Britain.

Mike Hawes, SMMT chief executive, said: ‘Despite export challenges in some key markets such as Russia and China, foreign demand for British-built cars has been strong, reaching record export levels in the past year.

‘Achieving these hard-fought-for results is down to vital investment in the sector, world-class engineering and a committed and skilled UK workforce – one of the most productive in the world.’

MORE: Former Benfield dealerships are given a new look

On SuperUnleaded.com: Valet driver is put in charge of Lamborghini, gets it a bit wrong