The figures come as new analysis by SMMT reveals productivity in UK automotive manufacturing is at an all-time high.

Looking at the past five year period, 11.5 vehicles were produced a year for each person employed in the industry. For the period from 2005 to 2009, the figure was 9.3 vehicles produced per employee per year.

Mike Hawes, SMMT’s chief executive, said: ‘Built in Britain is more than just a brand: our automotive industry is increasingly competitive on a global scale. The latest production figures are yet more evidence of that, and with £1 billion worth of fresh manufacturing investments announced by three UK manufacturers in March alone, the future is optimistic.

‘Productivity figures prove that the UK is not only making a diverse range of vehicles which are in high demand around the world, but that manufacturers, supported by a flexible workforce, are producing them more efficiently than ever.’ 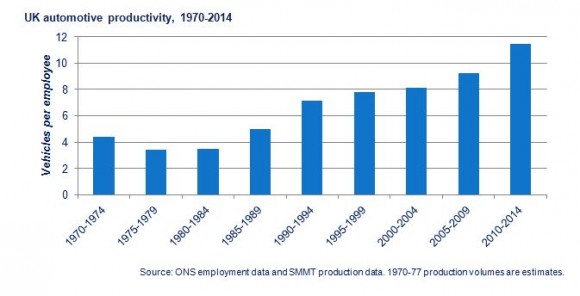 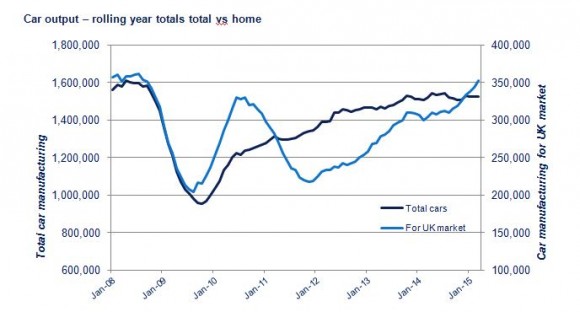