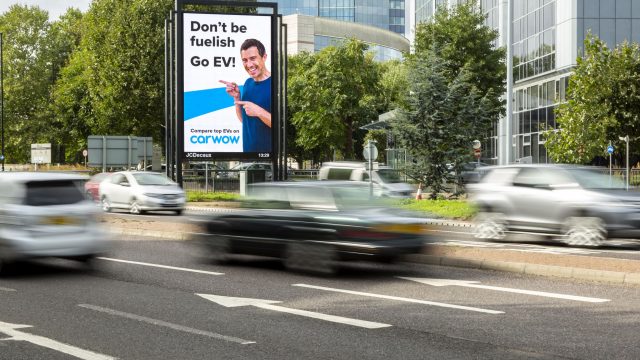 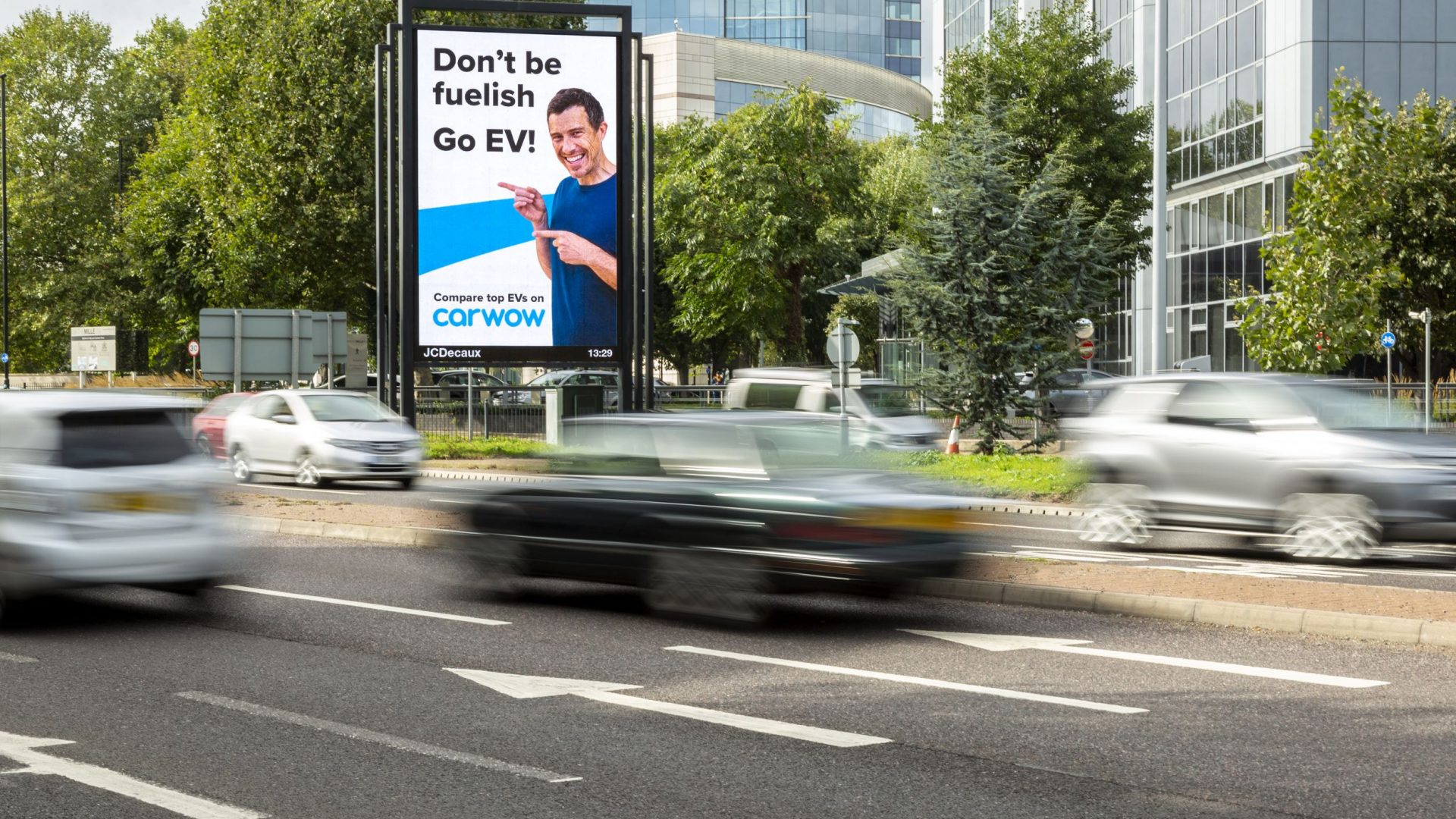 Carwow has launched a new ‘don’t be fuelish’ campaign in a bid to get motorists to go electric as the fuel crisis continues to grip Britain.

The car marketplace has rolled out a national campaign consisting of social content and carefully placed digital billboards.

It comes after the platform experienced a record levels of searches, configurations and sales of EVs.

As well as the headline ‘don’t be fuelish’ slogan, the campaign is also using the catchphrase ‘fuelled off’.

The EV display campaign was handled in-house and went live on October 2.

The company has put up digital billboards on major trunk roads in and out of Manchester and London, including the M40 and Great Western Road.

Fronted by the face of Carwow’s YouTube channel, Mat Watson, the campaign caps off a year-long content marketing focus on electric vehicles for carwow.

Roey Rafael, chief growth officer at Carwow said: ‘We’ve out-performed the market for EV sales all year, and when the opportunity struck for some fun, we moved fast to get a fresh creative live faster than the government could deploy the army to drive fuel tankers.

‘We’ve summed up what millions are thinking and doing when it comes to the cars they drive.’