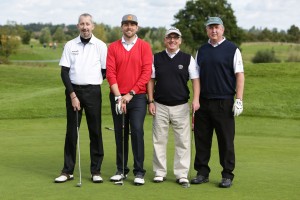 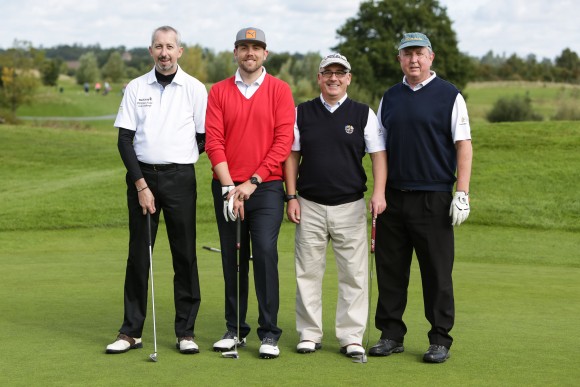 A TEAM from CCR Mitsubishi joined a host of sporting celebrities in a fundraising golf tournament for the group’s chosen charity.

Simpson said: ‘We all had a fantastic day and it was great to be part of something that raised so much money for our chosen charity. WellChild do amazing work all over the UK, so anything we can do to support them is great.’

The group had vehicles from the Mitsubishi range, including the new L200 Series 5, positioned around the course and there was a chance to win an Outlander PHEV for anyone who got a hole in one. The was also a competition to guess how many balls were in the back of one of the new L200s.

Colin Dyer, chief executive of the Cheltenham-based charity, said: ‘The huge amount raised would not have been possible without such a fantastic group of people on the day. On behalf of everyone here at WellChild, and the thousands of children and families we help, we would like to say thank you to those who took part for making it such a successful event.’

CCR Mitsubishi, which has nine dealerships across the south of England, has supplied WellChild with vehicles for free since January 2014.