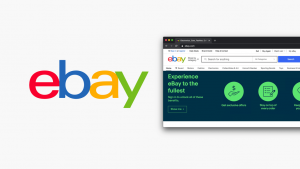 CMA investigation into £6.5bn Adevinta and eBay deal could lead to ‘higher prices and less choice’

UK regulator the Competition and Market Authority (CMA) has warned that Adevinta’s purchase of Gumtree from eBay could result in ‘higher prices and less choice’.

In July, the Norwegian owner of Shpock, Adevinta, sealed a deal with the online auction company to purchase its classifieds business eBay Classified Group (eCG), which owns Gumtree.

The classified group is the parent company to eMG, eBay Motors Group, which comprises of eBay Motors, Gumtree Motors and Motors.co.uk.

It also owns several other local classified platforms globally, including Auto Trader and CarsGuide in America that were purchased by eCG last year.

However, the deal also gave the US giant a 33.3 per cent voting stake and a seat at the board of its rival.

The CMA has now said that, following an initial investigation, it said ‘the CMA is concerned the merger could lead to a loss of competition between Shpock, Gumtree and eBay’s marketplace, with only Facebook Marketplace remaining as a significant competitor’.

The CMA said Ebay’s position on the Adevinta board means it will be able to participate in the management of the firm and could enable it to influence the business strategy for both Gumtree and Shpock.

Joel Bamford, senior director of mergers at the CMA, said: ‘It is important that people have choice when it comes to selling items they no longer require or searching for a bargain online, and that they can enjoy competitive fees and services.

‘There is a realistic chance that without this deal Gumtree and Shpock would have been direct competitors to eBay, which is by far the biggest player in this market.

‘This is the latest in a series of merger probes by the CMA involving large digital companies, where we are thoroughly examining deals to ensure that competition is not restricted, and consumers’ interests are protected.’

In a joint statement, the two companies said: ‘While eBay and Adevinta do not agree with the CMA’s reasoning, they will work constructively with the CMA and are confident in finding a suitable resolution.

‘eBay and Adevinta remain excited about the proposed transaction and look forward to closing.’

The regulator told the companies that they now have a week to offer solutions to assuage these competition concerns.