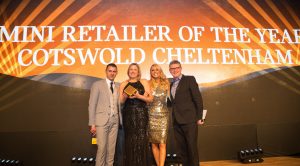 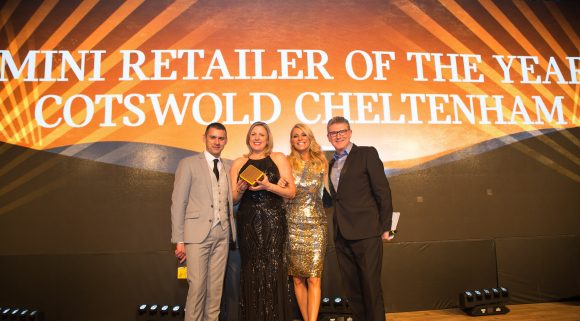 MINI has named Cotswold Cheltenham its Retailer of the Year for 2018.

The event, held at the Titanic Hotel in Liverpool, recognised talent within the brand’s network of 139 retailers. From corporate sales to marketing, various categories had awards up for grabs.

Andrew Hulcoop, managing director of Cotswold Group, said: ‘I’m delighted for the business to have won the Mini Retailer of the Year award as it is great recognition for the team and their incredible efforts. They are a great team and I’m extremely proud of them.’

David George, director at Mini UK, said: ‘Thanks to all of this hard work, in a year in which the market contracted by almost seven per cent, Mini grew to a record 2.8 per cent market share – the highest since the brand launched in 2001.

‘2019 will present a new and exciting challenge for Mini, with the brand’s first fully electric model set to be unveiled later this year.’

MORE: What was the UK’s most popular new car colour in 2018?