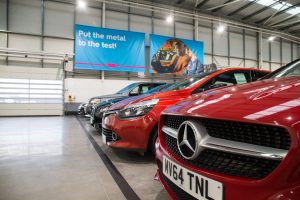 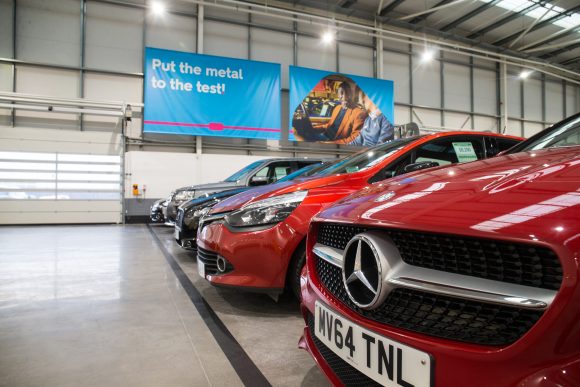 The company stated dealers are facing ‘factors out of their control’ such as material shortages in new car production, Brexit uncertainty and the consequences of the nationwide lockdown earlier this year.

The company says this is a ‘best-case scenario’ and ‘assumes a slight drop off in retail demand after a modest summer period’.

Philip Nothard, insight and strategy director at Cox Automotive, said the most likely scenario for the industry will see this quarter end on 1,828,054 used car sales, down five per cent on the 2000-2019 average.

Writing in the second issue of Cox’s AutoFocus digital magazine, Nothard said: ‘After so much time with their showroom doors closed, dealers were raring to hit the ground running, but unfortunately factors out of their control still hold them back to this day.

One million new car registrations have been lost because of the pandemic, said the firm, and the current supply issues will remain throughout the summer and probably for the remainder of the year.

As a result, Cox Automotive says it won’t be until Q4 that it expects to see an indication of whether the balance between supply and demand is stabilising.

Nothard added: ‘By then, the strength of the economy will be clearer as the furlough scheme comes to an end and consumer and business confidence is understood.

‘But that means the industry faces a period of uncertainty over the coming months, and we can’t be complacent about the ongoing threat of Covid-19 and the potential for new restrictions as we head into winter.’

The company said if restrictions around overseas travel remain, it could benefit the used car market as consumers turn to replacing their cars instead of jetting off on holidays.

With no floods of stock on the horizon, Nothard said he doesn’t believe that the price increases witnessed in the used car market will return to normal mid-2019 levels.

In fact, prices could yet rise further, he said.

‘Wholesale has seen a two-tier market, with rising prices and higher demand in younger vehicles along with lower consumer demand seen for older vehicles, where prices haven’t risen,’ he explained.

The forecast downgrade comes as a recent Cox Automotive dealer sentiment survey showed the lack of ex-fleet volume has led to 81 per cent of dealers holding onto part-exchanges due to high retail demand.

Nothard added: ‘This is further impacting wholesale supply and driving competition for the stock that’s available.

‘Furthermore, 41 per cent of dealers expect this change to continue even when supply improves, suggesting that some dealers’ habits have changed permanently.’

In another Cox Automotive survey, 96 per cent of dealers changed their stock profile strategy because of the pandemic and supply constraints.

It found that dealers are doing this by stocking brands they usually wouldn’t and stocking higher mileage and older vehicles.

‘This highlights both the level of retail demand and dealers’ ability to meet it at all costs.’