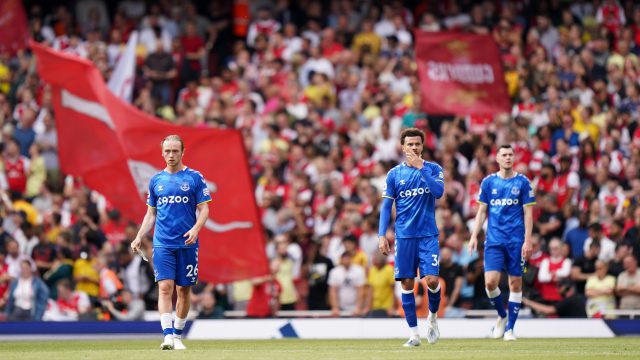 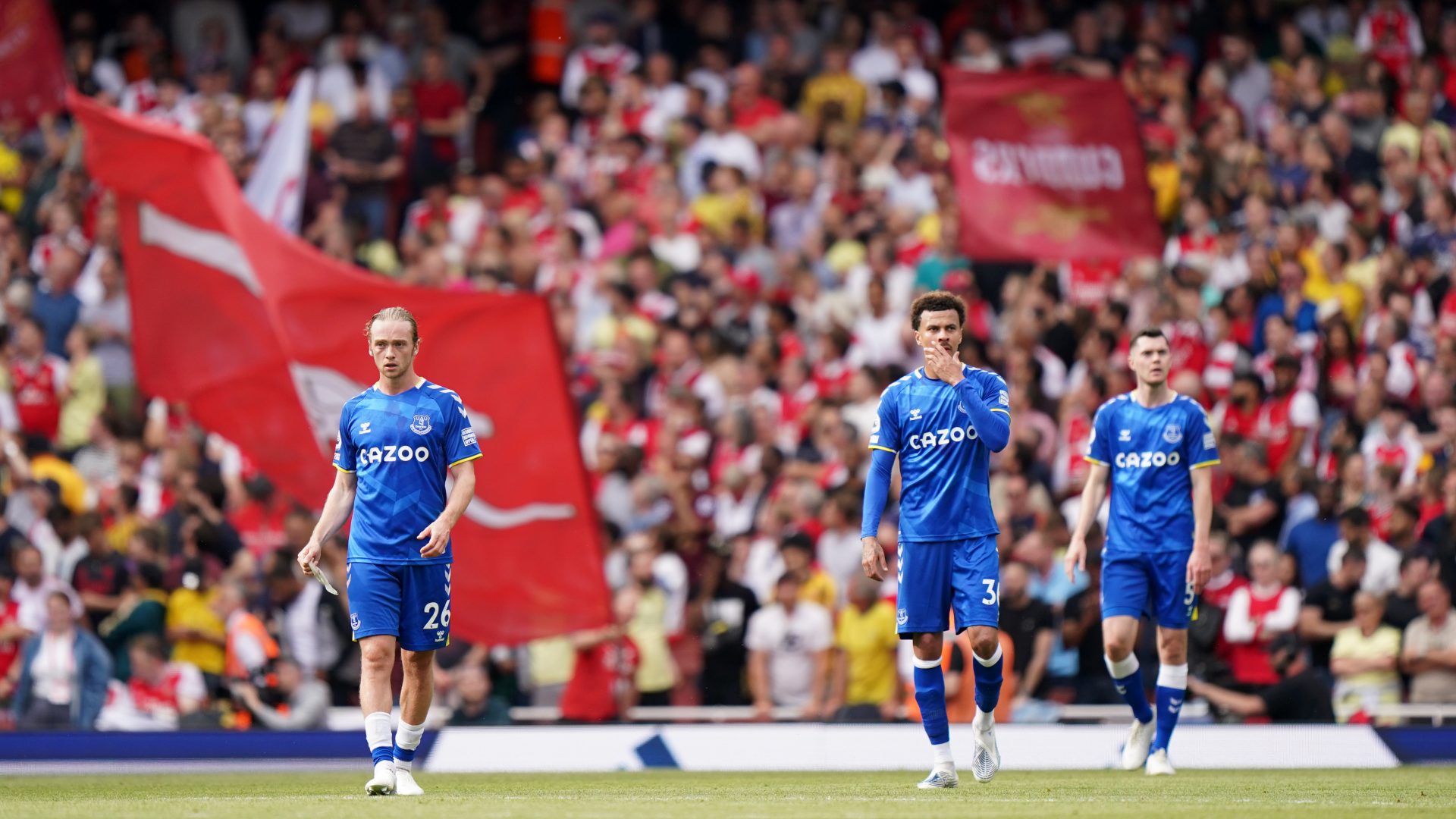 Troubled retailer Cazoo has officially been replaced as the main shirt sponsor of Everton FC just days after the crisis-hit outfit announced it is slashing its marketing budget.

The online disruptor has spent millions on sponsoring sporting clubs, tournaments and organisations, with Premier League Everton among its flagship partnerships.

Now however, amidst a drastic cost-cutting exercise, the firm has been replaced by gambling company Stake.com.

A statement from the Toffees said: ‘Everton Football Club has confirmed a club-record main partner agreement with Stake.com.

‘The multi-year partnership with the leading casino and sports betting platform will commence on 1 July and is the highest value front-of-shirt deal in the Club’s 144-year history.’

Cazoo had already confirmed that it would not be extending its £10m a year deal with the Goodison Park club.

The Alex Chesterman-led group said it had not been able to reach ‘suitable terms’ to continue the partnership beyond the agreed two years.

The firm continues to sponsor the likes of Aston Villa FC, World Snooker and PDC Darts.

However, the future of its existing deals looks far from certain as Cazoo desperately tried to stem its financial bleeding.

As part of a business realignment plan the outfit pledged to ‘lowering its brand marketing spend and focusing more on performance marketing’.