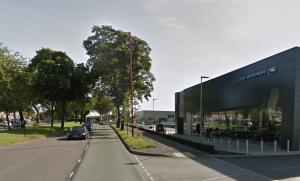 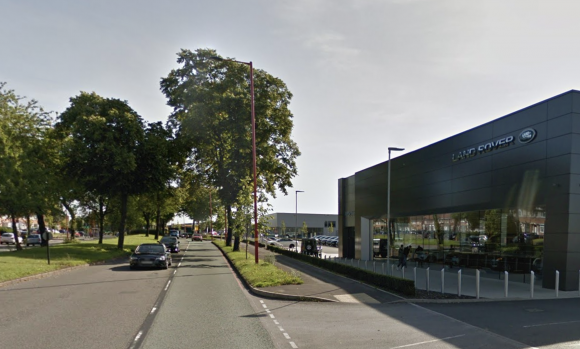 A RANGE ROVER adorned with stickers complaining about the dealership that sold it has been parked outside the premises in protest.

A disgruntled customer complained that there had been engine oil problems and issues with the vehicle’s airbags just days after purchasing the car from Lancaster Land Rover in Tyburn Road, Erdington.

When he felt nothing was being done to resolve things, he took the drastic action of adding stickers that read ‘do not use this dealership’ and ‘Range Rover do not care’ to the vehicle leaving it on the grass bank outside the business on July 17.

Land Rover dealership on Tyburn Road in Birmingham. Someone obviously went to a great deal of expense to highlight its shortcomings. pic.twitter.com/fKJaUhdx5s

The customer, who did not want to be named, told BirminghamLive: ‘I bought the car from Land Rover on Tyburn Road and they gave me a three-year warranty.

‘I bought the car for my pregnant wife and as a present for the new baby.’

The issues allegedly occurred three days after he bought the Range Rover from Lancaster Land Rover and after trying to contact the dealership he felt no action was being taken to rectify the situation.

‘I was on hold on the phone for five-and-a-half hours when I first complained a week and a half ago,’ he added. ‘Nothing was being done.’

‘So I went to a specialist graphic designer to mark the car with the words I wanted.

‘Then I decided to park it outside the dealership as I thought ‘I’m not going to let this happen to anyone else’.

‘I’ve since been contacted several times by the dealership.

‘They’ve even offered me free champagne, but I don’t drink. All I want is for them to fix the car.

‘We’re in dispute at the moment. But I have given them the spare key and said ”bring it into the garage, fix it and drop it back off outside my house”.’

A spokesperson from Lancaster Land Rover told BirminghamLive: ‘We do not discuss individual customer cases. A general manager and a representative from Land Rover are meeting with the customer to agree a way forward.’

Lawgistics legal advisor Jason Williams told Car Dealer that dealers should not be afraid to respond to a public customer complaint such as this, saying: ‘If a complaint goes public with their grievance then they have to expect that the response will be made public too.

‘A considered response can quickly and effectively turn a negative in to a positive if readers can see the ”other side of the story” and be made aware of exactly just how far a dealer has gone to sort matters out – even when there was no legal or mechanical necessity for them to do so.

‘In many ways getting the car back to the selling dealer is actually beneficial to them because they are in control of the situation. A customer who goes to another garage, gets work done and then demands the seller to pay for the repairs, is the least favourable alternative because the ”evidence” is gone and the cause of the alleged problem is not identified.’

Williams added: ‘Where driver error or neglect is suspected or if there is nothing found on investigation I suggest taking plenty of photographs of damage and take videos with commentary to prove what the dealer has found during investigation.’

On WorkshopMagazine.co.uk: SMPE ready to join line-up of exhibitors at Automechanika Frankfurt