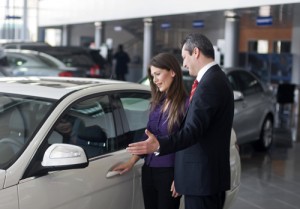 Customers fail to receive the test drives they want

ACCORDING to an undercover test, 63 per cent of dealers are unable to grant customers the test drive they want.

Posing as potential buyers, a team from monthly car magazine What Car? approached 48 franchised dealers to find out how far they would go to fulfil a customer’s needs.

The six manufacturers tested included Audi, BMW, Ford, Mercedes, Nissan and Volkswagen and the task involved choosing a car that was not a standard model in order to request a test drive.

The testers requested vehicles that would be ordered with a specification that alters the overall driving experience, such as an automatic gearbox or four-wheel drive.

However, the survey found that 63 per cent of dealers tested were unable to grant customers a test drive, while some sales staff suffered from a ‘dismissive attitude’.

What Car? said: ‘Judging by our experience here, the car industry is doing a pretty poor job of delivering. More worrying still is the dismissive attitude of many sales staff.’