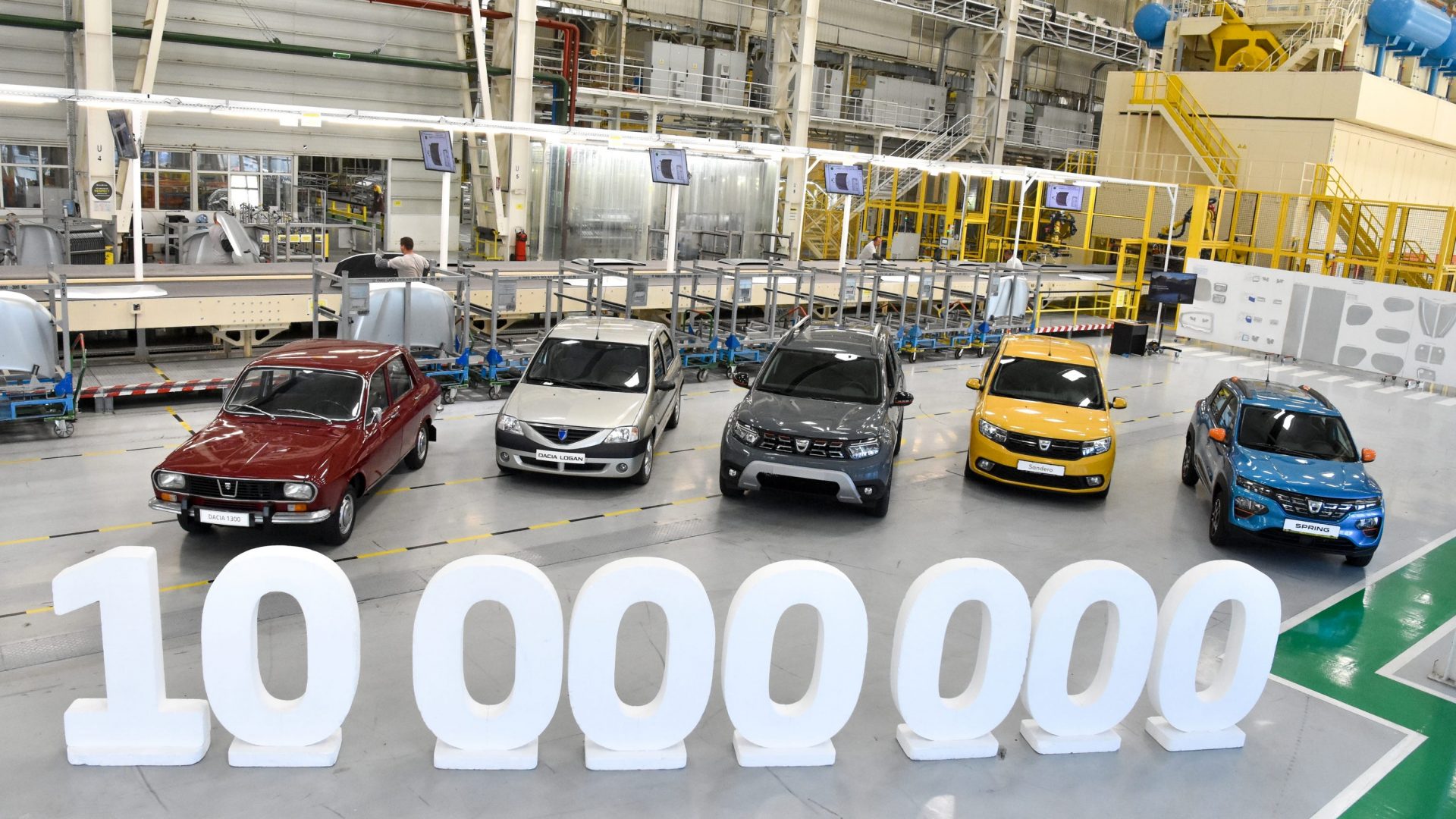 Dacia has announced that it has hit the production milestone of 10 million cars.

The 10,000,000th car to roll off the production line was a special-edition version of its Duster crossover.

The Duster Extreme SE finished in Urban Grey was built in Mioveni, Romania, last week, and has been the most popular SUV sold across Europe to private customers since 2018.

Speaking of the milestone, Denis Le Vot, CEO of Dacia, said: ‘We are very proud to have passed the symbolic milestone of 10 million vehicles produced.

‘This result rewards a pragmatic vision of the automobile, focused on what is essential to our customers.

‘Building on its experience, Dacia will continue to grow and offer attractive vehicles that are adapted to our customers’ lifestyles.’

Dacia first began producing cars in August 1968, with the ‘1100’ being its initial model. The following year the ‘1300’ debuted and was sold in a variety of bodystyles, remaining in production for an impressive 35 years, with 2.3 million being manufactured.

The Romanian brand’s turning point, however, came in 1999 when it was bought by the Renault Group.

The Logan was launched in 2004 and helped to really accelerate Dacia’s growth with its focus on value, with 1.95 million Logan and Logan MCV estate models being produced.

More recently, Dacia introduced the Sandero and its Stepway sibling, with 2.6 million examples of these being made, while 2.1 million sales can be attributed to the Duster.

The firm would also continue to expand to various markets, with Dacia officially launching in the UK in 2012.

Dacia has dabbled in electrification in recent years, with the ‘Spring EV’ being its first electric car, although it isn’t sold in the UK. The new Jogger MPV also launched last month, earning the title as Britain’s cheapest seven-seater car.

While many Dacias continue to be built in Romania, the brand also now produces cars in Morocco, Algeria and China.