Budget brand Dacia is adding a third model to its UK range – the Jogger.

Available in five- and seven-seater guises, the new Jogger has been designed to blend estate car size, MPV interior space and fashionable SUV styling, and will arrive in the UK early next year.

It replaces the Lodgy MPV, a car that was never sold in Britain, and will sit alongside the new Sandero supermini and recently refreshed Duster SUV.

It uses the Sandero’s platform and pinches that car’s front-end styling, along with its Y-shaped LED day-running lights, wide grille and flared wheel arches.

From the driver’s door back it’s completely new. The rear passenger compartment is marked by a step in the roof and window line, hinting at the car’s spacious rear compartment. 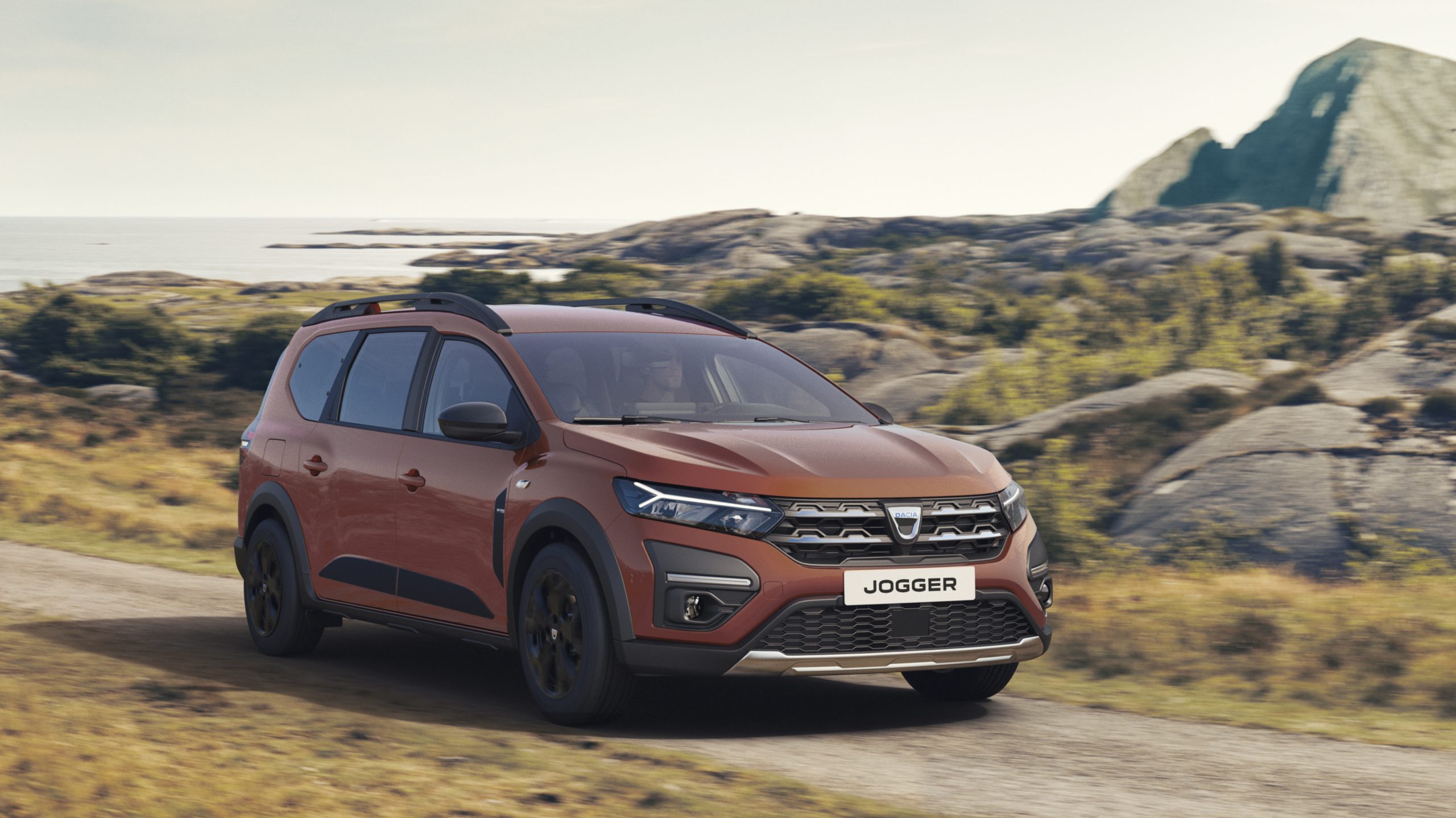 Large doors aid access to the rear-most seats in seven-seater Joggers, while the back-end features a wide tailgate and vertical tail-lights.

The body is raised giving 200mm of ground clearance and wheelarch cladding and skid plates give an SUV-esque look. Some models also feature a patented modular roof rail system, which with a few clicks can transform from carrying skis to bikes.

Inside the dashboard is lifted straight from the Sandero, which means its all feels well screwed together and unlike the previous Sandero has some design flare. Fabric across the dashboard gives a tactile look and feel and there’s plenty of storage including a large seven-litre glovebox.

Wide rear doors open to reveal a very spacious back-seat area. Three can sit across the rear bench and there are isofix points in both outer seats, and some models come with fold-down tray tables. 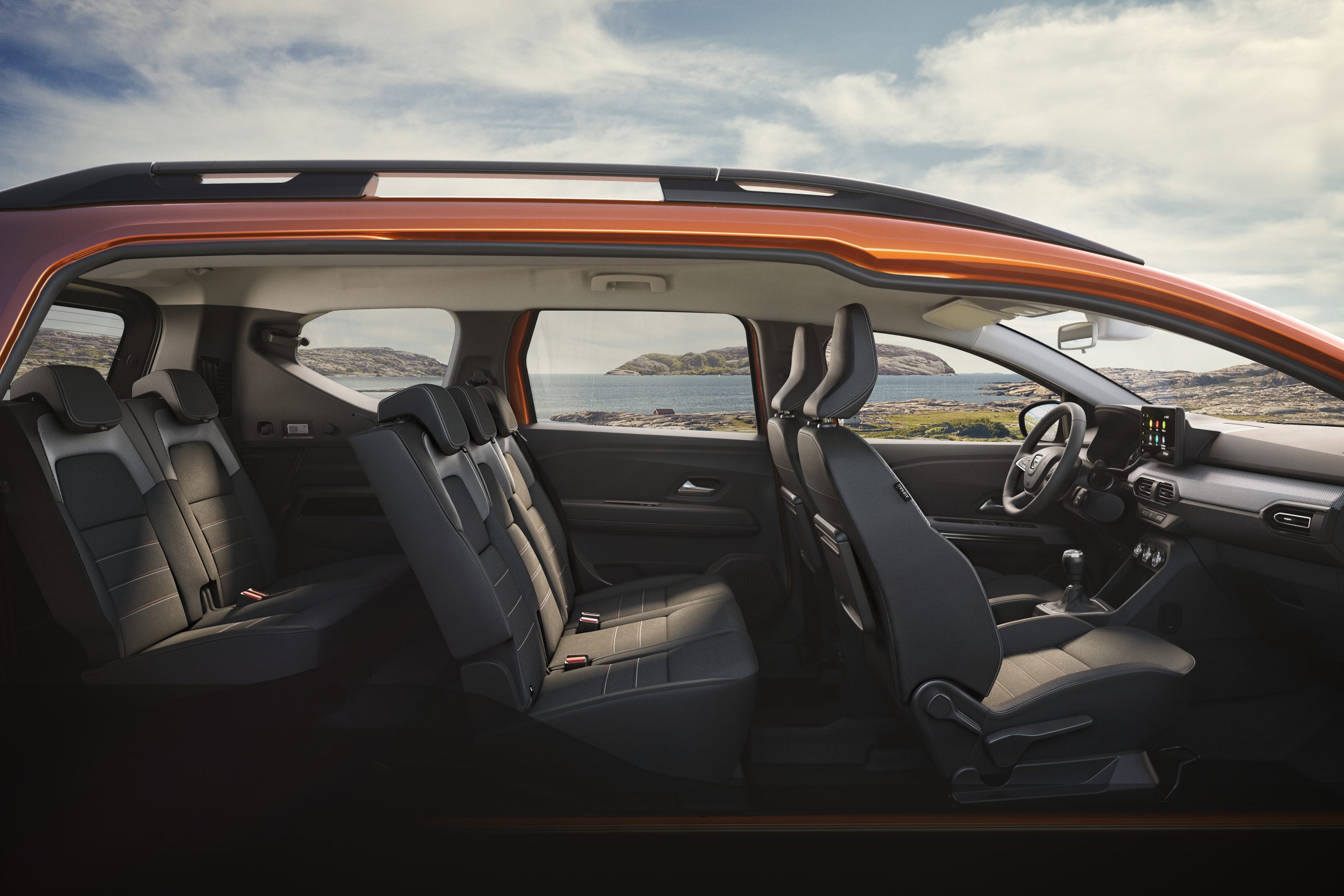 The 60/40 split rear bench easily folds up to give easy access to the two rear-most seats on seven-seat Joggers. Thanks to the car’s boxy shape, six-foot adults can sit comfortably in the back.

With all seven seats in place, there’s a generous 213 litres of boot space. With the rear-most seats completely removed there’s 712 litres, and with the second row folded, there’s a van-like 1,819 litres of space.

The Jogger is powered by the same engines currently available in the Sandero, which means there’s a 108bhp 1.0-litre three-cylinder turbo petrol and a 98bhp 1.0-litre BiFuel option. 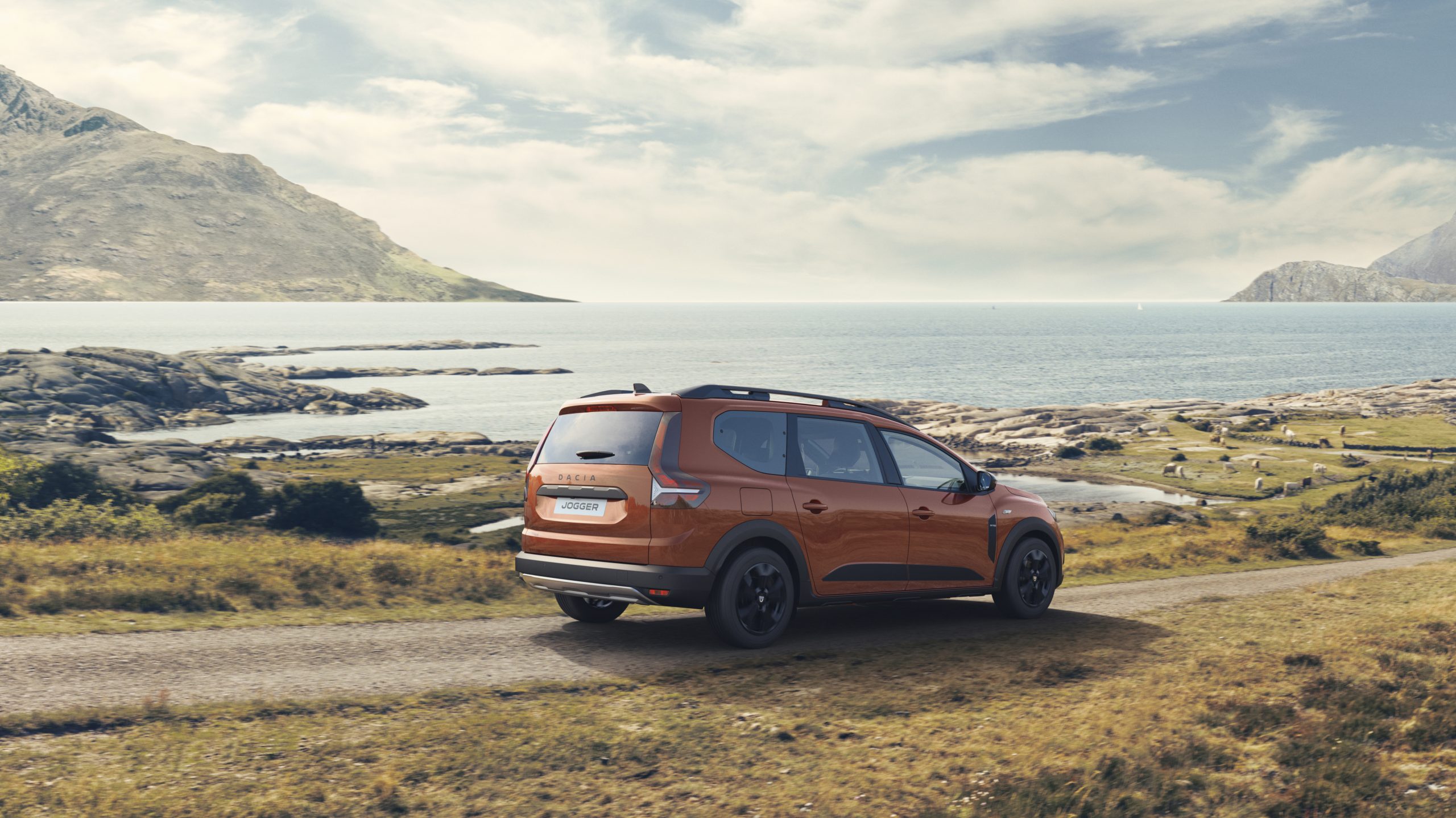 The latter can be powered on petrol or LPG and thanks to a 50-litre fuel tank and 40-litre gas tank, it has a 620-mile range between fill-ups. Dacia claims 37mpg from the BiFuel and 121g/km of CO2.

The Jogger will be the first Dacia to be powered by the brand’s new hybrid powertrain. Arriving in 2023, the Jogger hybrid will use a 1.6-litre petrol engine, two electric motors, an automatic gearbox and a 1.2kWh battery.

Dacia has yet to confirm UK pricing or specs, but in continental Europe the Jogger will be available in three trim levels called Essential, Comfort and a limited edition ‘Extreme’ (pictured, which features a black pack and additional body decals) – and it’s likely this will be replicated in Britain.

Entry-level Essential models should feature 15-inch steel wheels designed to look like alloys, air conditioning, LED headlights and Dacia Media Control which uses the driver’s smartphone for the infotainment. Comfort and Extreme will feature an eight-inch touchscreen among other features.

Prices are set to start from around €15,000 in Europe when the car arrives next year.