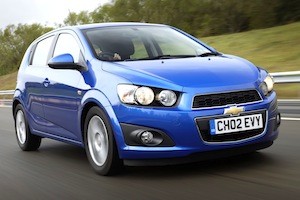 Dealer sells 243 cars in 30 days… despite being flooded!

DESPITE seeing its flagship Hessle showroom temporarily closed due to extensive flood damage, Motor Depot has managed to sell an astonishing 243 brand new cars in the last 30 days.

And the company managed those sales from a hastily-opened single showroom!

As reported on Car Dealer, Motor Depot’s 80-strong stock inventory was effectively wiped out due to a freak tidal surge in December 2013. The dealership was forced to quickly switch operations from Hessle to its original site on Clarence Street, East Hull.

Managing director Steve Butterley has hailed the recent sales figures as ‘confirmation we are bouncing back from the devastating floods of December’.

‘What Motor Depot has achieved over the last month, really is unbelievable especially considering what the company has been through in the past 12 weeks,’ he said,

‘We’ve effectively been operating with both hands tied behind our backs, yet the whole team has pulled together and managed to sell almost 250 brand new cars in a single month from a single site.

‘It is just testament to the skill and dedication of the staff, as well as the resilience of the company as a whole.’

The new cars sold were all Chevrolets and each one was bought by an end customer. Some cars prices were slashed almost 50 per cent, and the company expects to dispense of its entire batch of more than 300 Chevrolets within in the next two weeks.