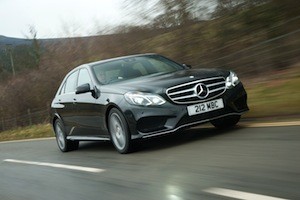 Dealer employee suspended for driving Mercedes with bonnet up

A DEALER employee has been suspended after driving a Mercedes along a dual carriageway with its bonnet up.

The driver was caught on camera driving the Mercedes E-Class with its bonnet up along a 50mph stretch of the busy A31 near Cadnam with a battery charger attached to the engine.

According to the BBC, Ridgeway Group confirmed that it has suspended a member of staff while police carry out an investigation.

Jon Head, group operations director for Mercedes-Benz of Winchester, said: ‘We are all shocked to see the footage.

‘We investigated what happened straight away, and the person driving the car has been suspended from work whilst we look into the facts.

‘Everyone who works at all of our sites is fully aware of the importance of working safely, either on the road or at a dealership.

‘We have never seen anything like this before, and we will make sure that it won’t happen again.’

The man was filmed by BBC presenter, Jon Cuthill, who happened to be passing by the vehicle. He said: ‘I couldn’t believe what I was seeing.’

He added: ‘I just think it’s crazy that someone would drive along a dual carriageway stretch of road without being able to see through the windscreen.’

‘It’s someone who clearly didn’t give a thought to other road users.

‘It highlights there are drivers out there outside the mould of normality.’