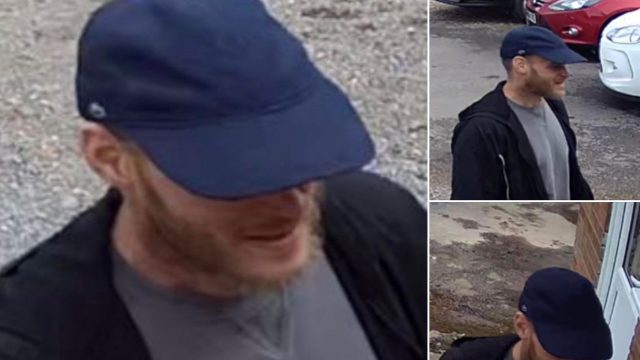 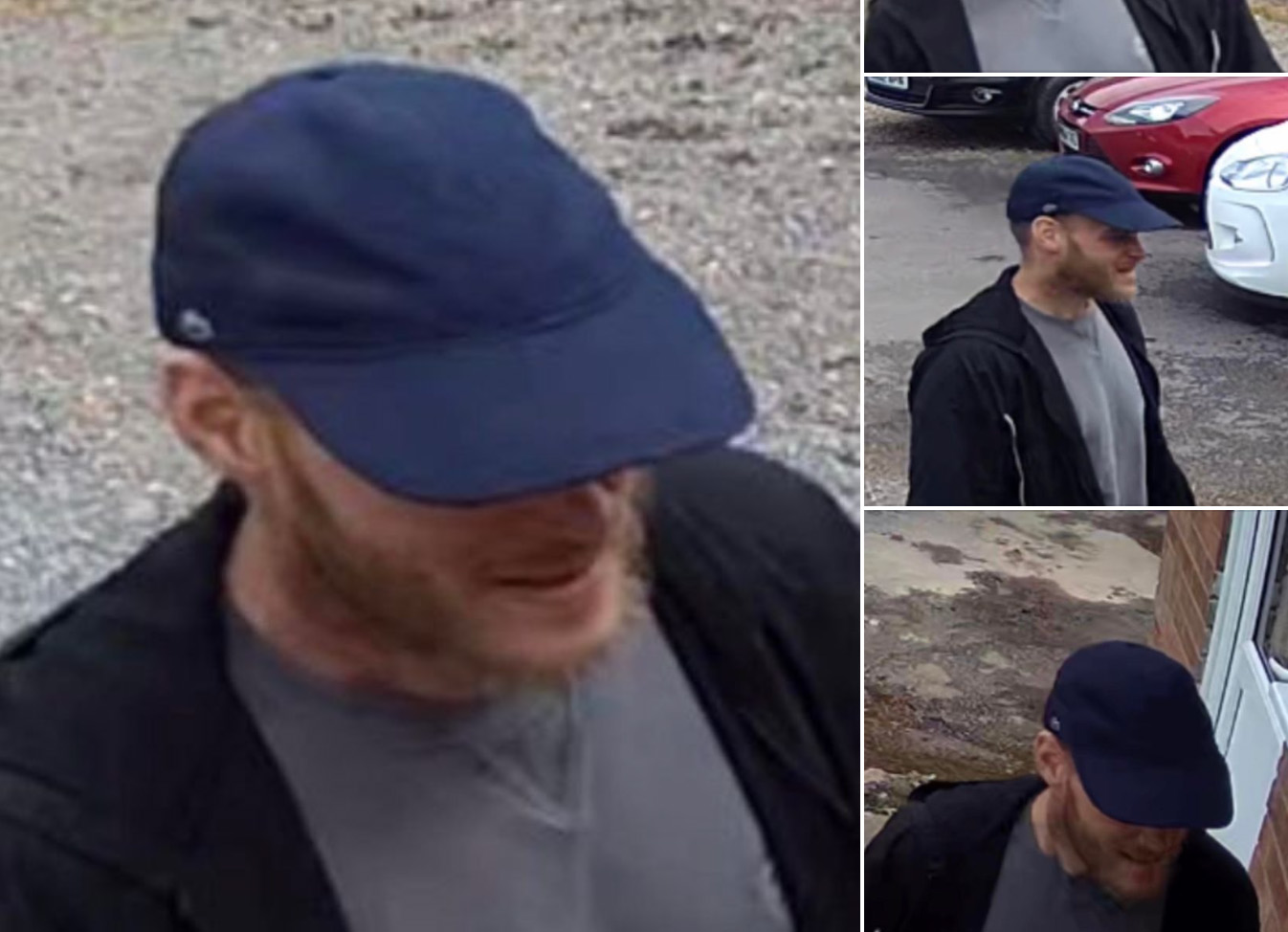 Police are searching for an audacious car thief who struck at a dealership and got away with a staff member’s vehicle.

Michael Kiernan Cars in Nuneaton was targeted in broad daylight last Thursday (Apr 14) and a Mercedes A-Class belonging to an employee stolen while they were delivering a customer’s car.

According to CoventryLive, the white hatchback – registration KY14 VHK – was stolen about 11am after someone broke into the office by smashing a window and stealing the keys to the car.

The office had been locked as a colleague was in the workshop.

The Birmingham Road dealership posted on Facebook about the theft, including CCTV images and offering a reward. 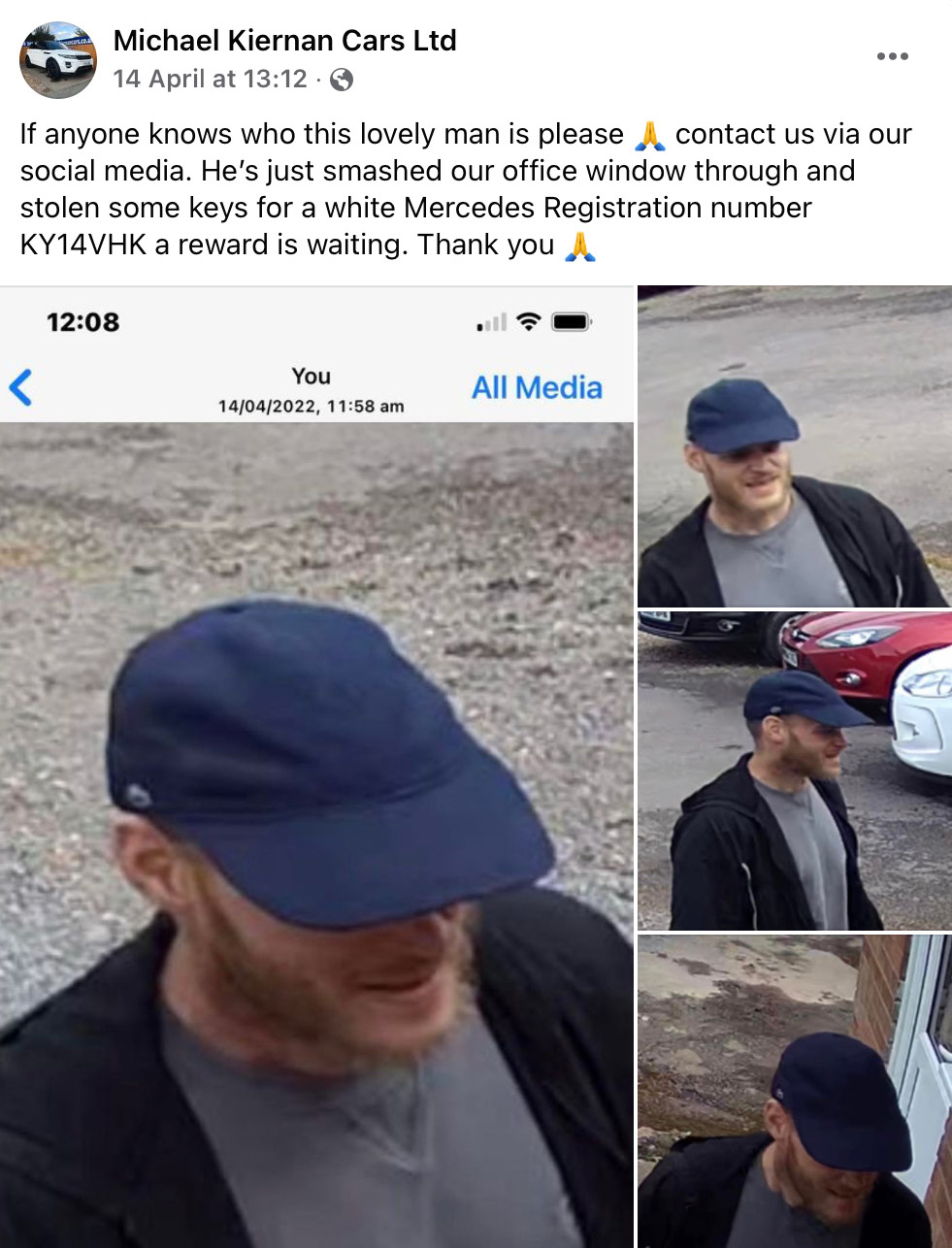 It posted on Facebook again two days later, asking for reshares and highlighting the fact the culprit had a distinctive tattoo with the word ‘Nan’ on the left side of his neck.

Meanwhile, somebody apparently tried to break into cars at Central Scotland Car Sales in Grangemouth early on April 16.

CCTV cameras at the Newhouse Road dealership picked up a man trying to open vehicle doors just after 3am.

He was unsuccessful, but according to the dealership he was able to get into vehicles at an unspecified neighbouring business, although it is unclear if anything was taken. 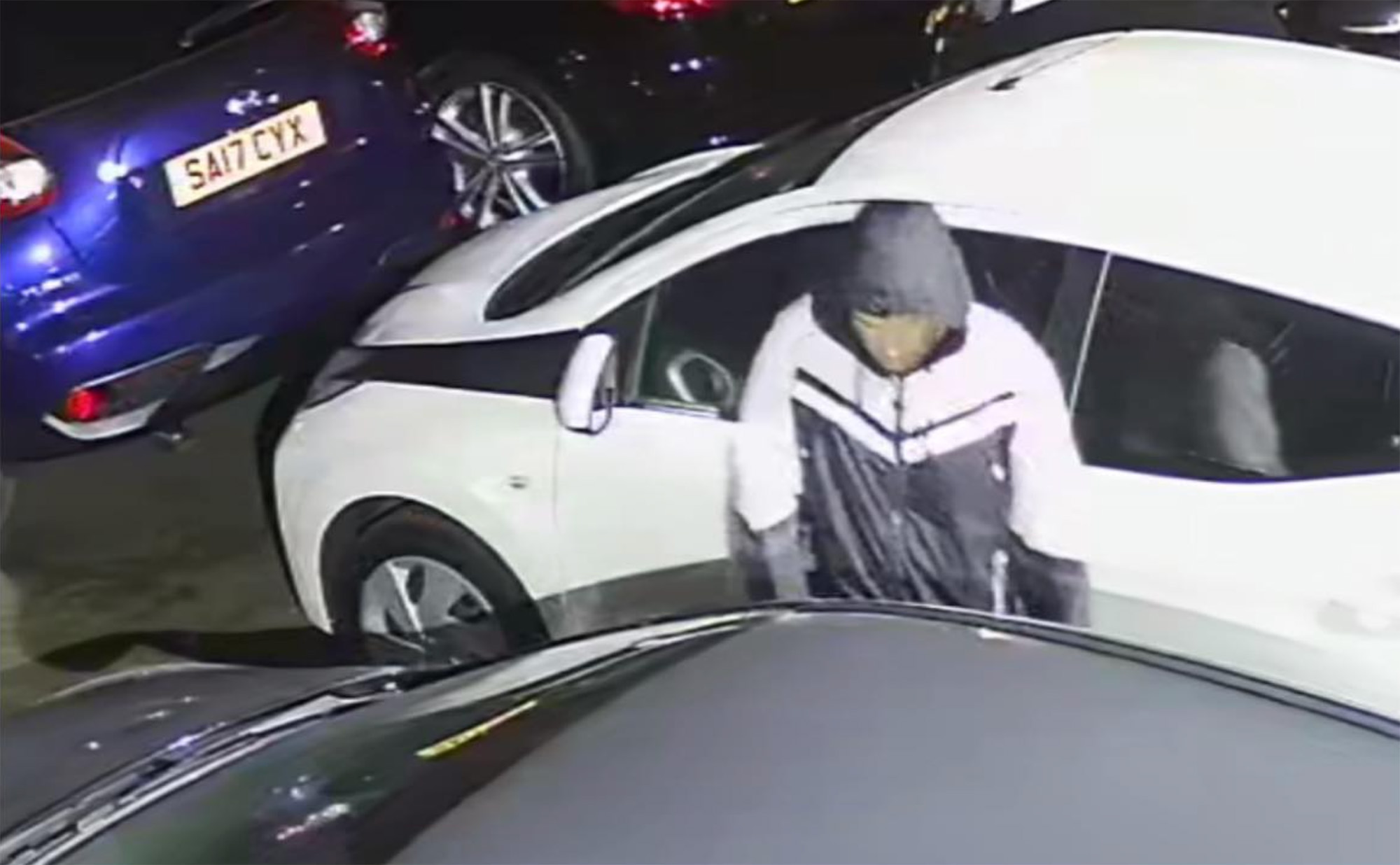 Central Scotland Car Sales said police had collected all the CCTV evidence and were working on local CCTV footage as well.

It said it feared for the local community, especially elderly residents if he was trying their doors as well.

However, some people commenting on the dealership’s Facebook page thought it might simply have been a homeless person trying to find somewhere to sleep.