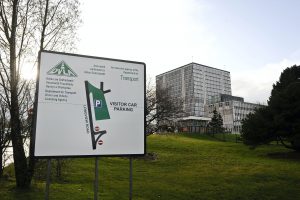 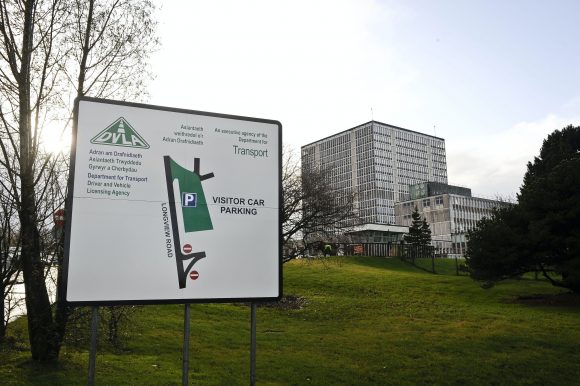 Delays are expected at the DVLA as staff begin a four-day strike in a row over Covid-related safety measures today.

Members of the Public and Commercial Services union (PCS) at the site in Swansea, South Wales, will walk out until Friday after talks failed to resolve the row.

Operational staff at the site, who have not been working from home, will be among those on strike.

The walk outs are likely to delay paper applications as well as calls to the agency’s contact centre, but online services will still be available, says the DVLA.

Further industrial action is threatened if managers do not make the safety improvements the union is demanding, such as reducing the number of staff working at the site.

There was an outbreak of Covid at the offices last year but the DVLA said it has followed official health guidance for keeping staff safe.

Since September, more than 500 cases have been reported at the DVLA, which employs more than 6,000 people.

The PCS said progress had been made in talks, but the lack of immediate moves to reduce numbers on site means the industrial action will go ahead.

Agreement had been reached on removing more than 300 desks, revising risk assessments which has led to a further 300 staff being sent home, and a commitment on how to proceed in talks over the coming months.

‘No civil servant should have to go on strike to guarantee their safety at work.

‘It is inconceivable that this government is allowing DLVA to risk the lives of its staff by forcing them into a workplace that is so clearly not safe.’

A DVLA spokesman said: ‘DVLA has followed and implemented Welsh government guidance at every single point throughout the pandemic as we work to deliver our essential services.’

Last month, Cox Automotive’s Philip Nothard told Car Dealer that he thinks the knock on effect to the motor trade will be ‘minimal’.

The strike could cause longer waiting times when registering for V5 replacements and plate transfers but most services would be unaffected by the action, he said.

‘I think it would be more of an annoyance than anything more damaging,’ said Nothard.

‘DVLA processes are now done a lot more digitally and there is less reliance on physical paperwork being processed.

‘You’re only really looking towards V5 replacements and plate transfers. Taxing a vehicle or putting it on SORN can both be done online.’