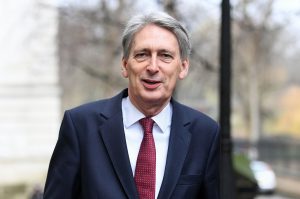 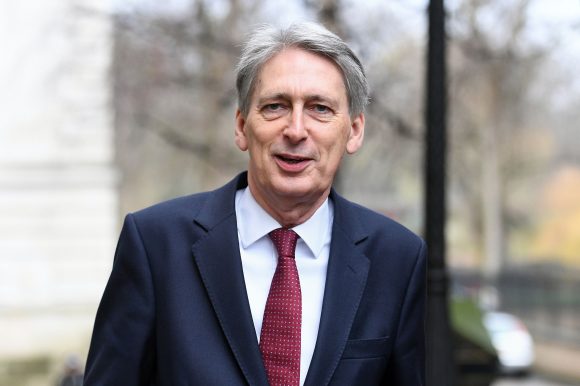 Diesel scrappage scheme could be announced in next week’s Budget

A DIESEL scrappage scheme could be introduced as soon as next week with the Chancellor believed to be considering making an announcement in next week’s Budget.

Business organisations and charities have urged Philip Hammond, pictured, to introduce funding to take the most polluting vans, taxis and cars off the roads.

The call is the latest demand for the Government to take action on air pollution, much of which comes from traffic fumes, particularly diesel vehicles, and which is responsible for around 40,000 premature deaths a year in the UK.

Diesel vans and cars, bought in ‘good faith’ by drivers who were told they were cleaner because they emitted less climate change-causing carbon dioxide, contribute heavily to illegal levels of the pollutant nitrogen dioxide.

Under proposals outlined by London Mayor Sadiq Khan, there would be payments of £3,500 to scrap up to 70,000 polluting vans and minibuses in London and a national fund to support charities and small businesses that often own older vehicles.

It’s suggested there should also be a credit scheme valued at £2,000 to help low-income families in cities scrap up to 130,000 polluting vehicles and pay for car clubs, vehicle rental or use of public transport. And payments of £1,000 should help scrap up to 10,000 older polluting London taxis, which would be in addition to help provided by Transport for London to help drivers upgrade to greener taxis.

The letter backing the proposals has been signed by the Licensed Taxi Drivers’ Association, Federation of Small Business London, London Sustainability Exchange, Greenpeace, Doctors Against Diesel and the British Vehicle Renting and Licensing Association.

They say: ‘We believe the Mayor has adopted a cost-effective approach that minimises risk and simplifies administration for the Government.

‘The mayor’s proposal seeks to balance the financial cost of improving our air away from the individual, unlocking significant emissions reductions while reducing the cost for those least able to upgrade their vehicle or change how they drive.’

He added: ‘I am pleased that a broad alliance of business organisations and environmental charities are backing my plans for a national diesel scrappage fund. Now is the time for the Government to take urgent and decisive action to help get the most polluting vehicles off our roads in a fair and reasonable manner.’

MORE: Tougher penalties for drivers who use mobile phones at the wheel