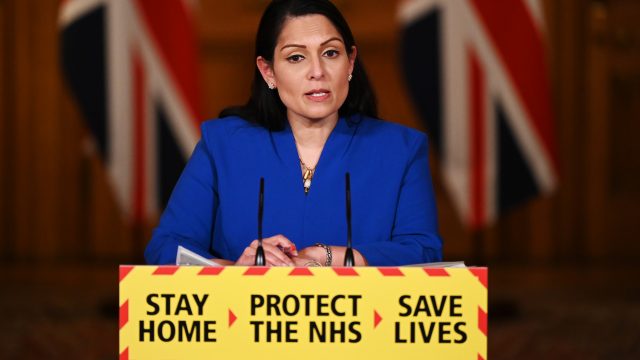 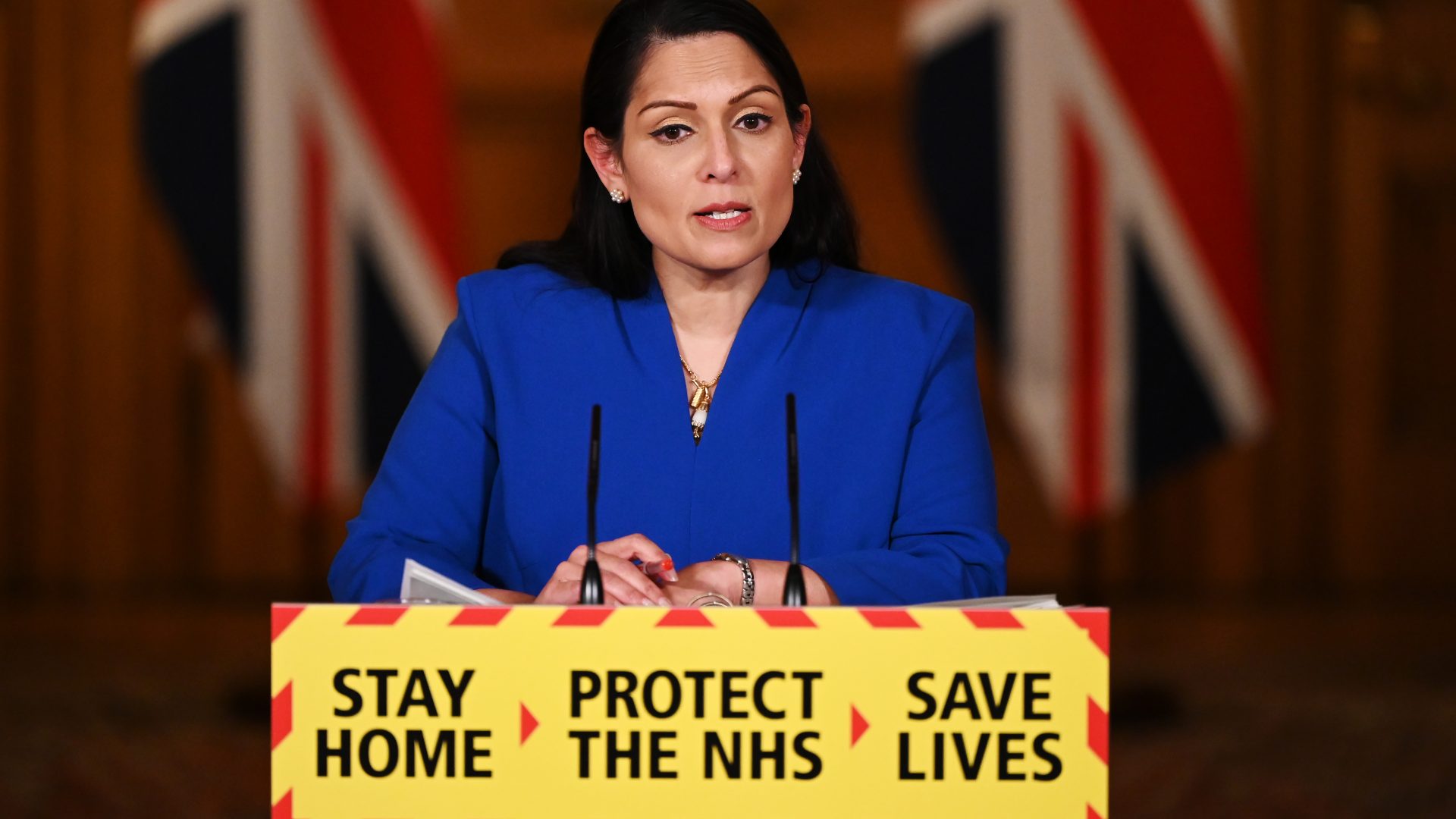 Jake Henderson, from Retford, Notts, posted a video on the internet making disgusting remarks as Patel addressed the nation in a coronavirus press conference on TV.

In the sickening 50 second clip, filmed on Snapchat, the 30-year-old said: ‘As a white man, I won’t be listening to people of colour.’

He also used a ‘racially abusive word’ to describe Patel, who has Indian heritage.

He has now appeared at Mansfield Magistrates’ Court where he was put behind bars for 10 weeks after admitting to a single charge of sending a grossly offensive, indecent, obscene or menacing message or matter via a public communication network.

The court heard that Henderson made the ‘horrid’ video after he returned home from work and began drinking.

He sent the message in a private Snapchat group but it was shared by a third private and went viral.

Henderson lost his role as a Sunday League football manager and his partner also left him as a result of the abuse.

He told the court he was left feeling suicidal as a result of what happened.

Prosecutor, Daniel Church, told JPs that the video was ‘motivated by hostility towards members of racial groups’, Nottinghamshire Live reports.

In a statement read to the court, a member of the public said she was worried the clip could ‘incite racial hatred’. 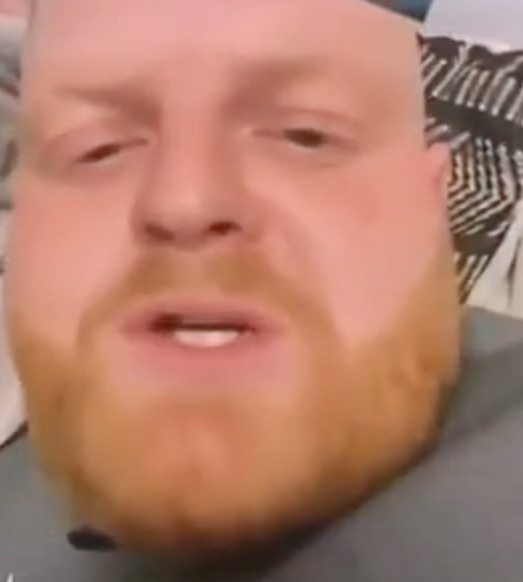 A screenshot of Jake Henderson taken from his video before it was deleted.

He was not working for Stoneacre at the time of the offence and the dealer group distanced itself from him when the video first emerged.

In a series of tweets and an official statement, boss Shaun Foweather emphasised that the company condemned racist hate crime.

He wrote: ‘Our understanding is that it’s now a matter for the authorities to pursue with the individual and you can rest assured we will fully support them with their enquiries.

‘Due to data protection, I can’t comment further beyond confirming the individual is not an employee of Stoneacre and hasn’t been for 12 months.

‘Racism has no place at Stoneacre and all employees have a company handbook that outlines the code of conduct that’s expected of them, and we would acknowledge that if a current employee acted in this manner then they would face disciplinary actions inducing dismissal.’

Stoneacre did not wish to comment further when contacted by Car Dealer but a spokesman described the video as ‘abhorrent’.