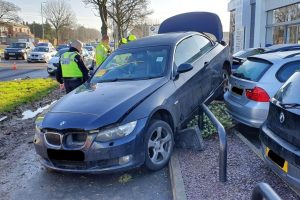 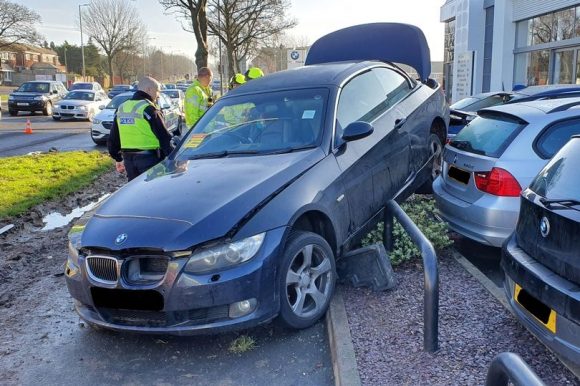 Driver crashes into dealership barriers after losing control of car

A DRIVER crashed into the barriers outside a BMW dealership in the West Midlands after losing control of their vehicle.

The dark-coloured BMW 3-Series left the road and careered across the pavement outside Sytner Oldbury BMW in Wolverhampton Road.

The back end of the vehicle was suspended in the air after the crash and the driver was arrested.

Police said the vehicle was not insured and that some cannabis was recovered from the scene.