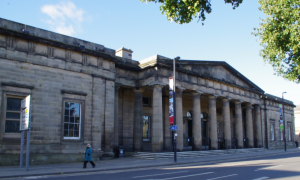 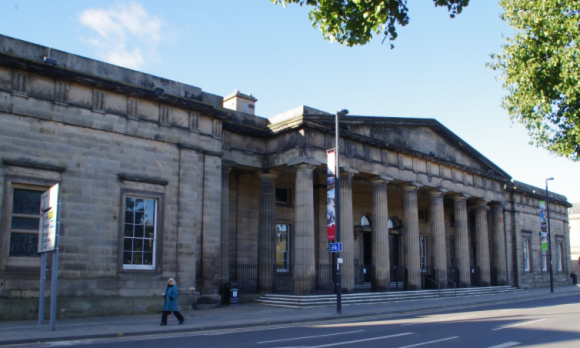 A DRUNKEN car dealer caused an accident that wrote off a family’s people carrier – then threatened to hit a mother-of-three who was in the vehicle, a court was told.

Christopher Dickson, 29, who is a director of Dicksons of Perth, had been drinking all day at the famous Gleneagles Hotel, Auchterarder, Perthshire, before driving off in his £40,000 car.

Alexander and Julia Nicoll told Perth Sheriff Court, pictured, that Dickson had been driving aggressively then cut in front of their Ford Galaxy before hitting his brakes, which caused them to run into him, according to the Daily Express.

He then got out of his C-Class estate, banged on the windows of the Nicolls’ Galaxy and swore, leaving the three children inside screaming in terror.

Mrs Nicoll said Dickson, who smelled of booze, bragged that he had been on a drinking binge throughout the day and told her that he would slap her.

Dickson then went home, and drank a glass of wine when police went there to breathalyse him. Constable Martin Buchan told the court: ‘He said that since he arrived home he had consumed a quantity of alcohol. He had had two tins of lager and a glass or so of wine.’

The incident happened last February and the case came to court last week, where Dickson, of Croft Park, Perth, was found guilty of driving with excess alcohol, careless driving by causing a crash, and behaving in a threatening manner by shouting, swearing and uttering threats of violence.

Sheriff Gillian Wade disqualified him from driving on an interim basis and deferred sentencing for reports. The court was also told that Dickson had a drink-driving conviction from 2008.