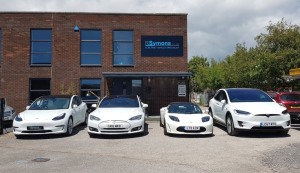 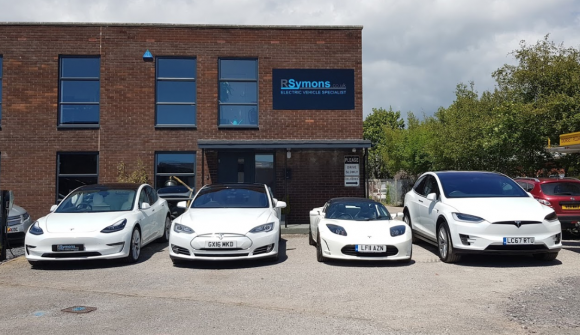 Specialist electric and hybrid used car dealers have welcomed the government’s decision to ban the sale of petrol and diesel cars by 2030.

The expert dealerships spread across the country told Car Dealer that buyers have already been making the switch in great numbers and all have seen the number of green cars they sell accelerate.

Specialist dealers like these will be key to introducing buyers to the new technology in the used market now as consumers dip a toe in the EV water before buying new by the end of the decade.

Andy Farmer, sales manager at Just EVs – self-proclaimed as ‘the UK’s number one supplier of battery electric vehicles’ from its Cheltenham-based showroom – said the PM’s plans was ‘great for our industry’, but not hugely necessary.

He told Car Dealer: ‘From our perspective, I don’t think it makes much of a difference.

‘We’re going to be there anyway. I think the vast majority of people would have already made the switch anyway to the point that I don’t see it as such a big thing.’

Director Matt West told us: ‘I don’t think the ban is going to make a huge difference because I think the market will completely shift to EVs within 10 years anyway.

‘All it’s going to do is put a bit more pressure on the manufacturers to start rolling out new models.’

However, spotting a sales boom, he added that he thought the ban ‘couldn’t come soon enough’ and is busy preparing to ramp up sales in the coming years.

Founder Richard Symons told us that ‘the natural shift to electric is happening right now’, yet insisted the ban was still needed.

He also wasn’t surprised that it’s been moved forward, referring to the change in policy as ‘inevitable’.

Symons said: ‘Ultimately, you do have to put a ban in place so you do give people deadlines to work towards and just ensure it happens because there will still be people resistant to change.’

The ban isn’t without concern, though, with many people questioning it and the issues Johnson’s ambitious road map may face.

Jim Holder, editorial director of WhatCar?, said: ‘Nobody can doubt the scale of the ambition of ending the sale of combustion-engined cars within a decade, but there are numerous barriers that need to be overcome by 2030 for the goal to be achievable.

‘It is the role of the government to be crystal clear in terms of the technologies affected; the consumer is still learning the differences between electric, plug-in hybrid, self-charging hybrid, and mild hybrid vehicles.’

However, an issue all EV/hybrid specialist dealers Car Dealer spoke to mentioned was that there’s still a lack of charging infrastructure in certain areas and those buyers who don’t have off-street charging need more support.

Just EV’s Farmer added: ‘People who can’t charge on a driveway need a bit of handholding for them to get through [the ban].’ 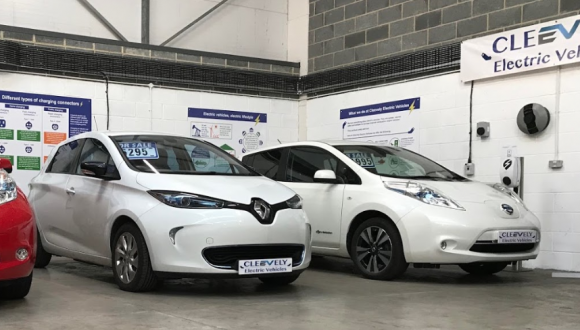 Matt Cleevely is managing director of Cheltenham-based Cleevely Electric Vehicles – a dealer that aims to help people make the switch from petrol and diesel to low-emission vehicles.

He told us the ban is a ‘fantastic gesture’ but is still sceptical as to ‘whether the government can see it through or not’.

He also thinks more public charging infrastructure is needed to give people confidence to buy EVs. The government said it will put £1.3bn into improving the current charging network in the UK as part of its announcement.

The specialist car dealers we spoke to welcomed the ban overall, but felt it was largely redundant – most said that buyers tastes were already shifting and we’ve seen that in the SMMT’s monthly new car registration figures.

However, all agreed it could give the electric car industry a kick start that would have been otherwise slower to materialise over time.

Tesla specialist dealer boss Symons added: ‘A classic car that’s kept in the garage and used on the odd Sunday isn’t the problem. The problem is driving V8 Range Rovers to school, the supermarket and on commutes and that’s what has to change.

‘We have to force that change.’