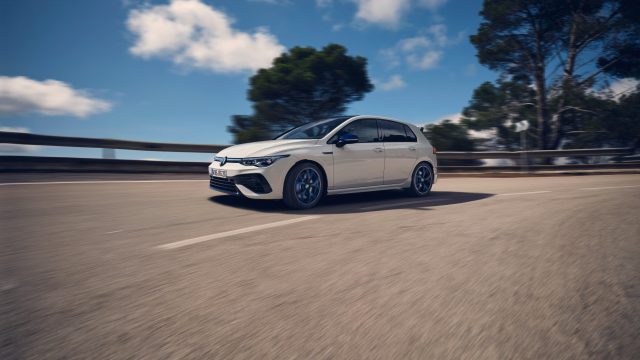 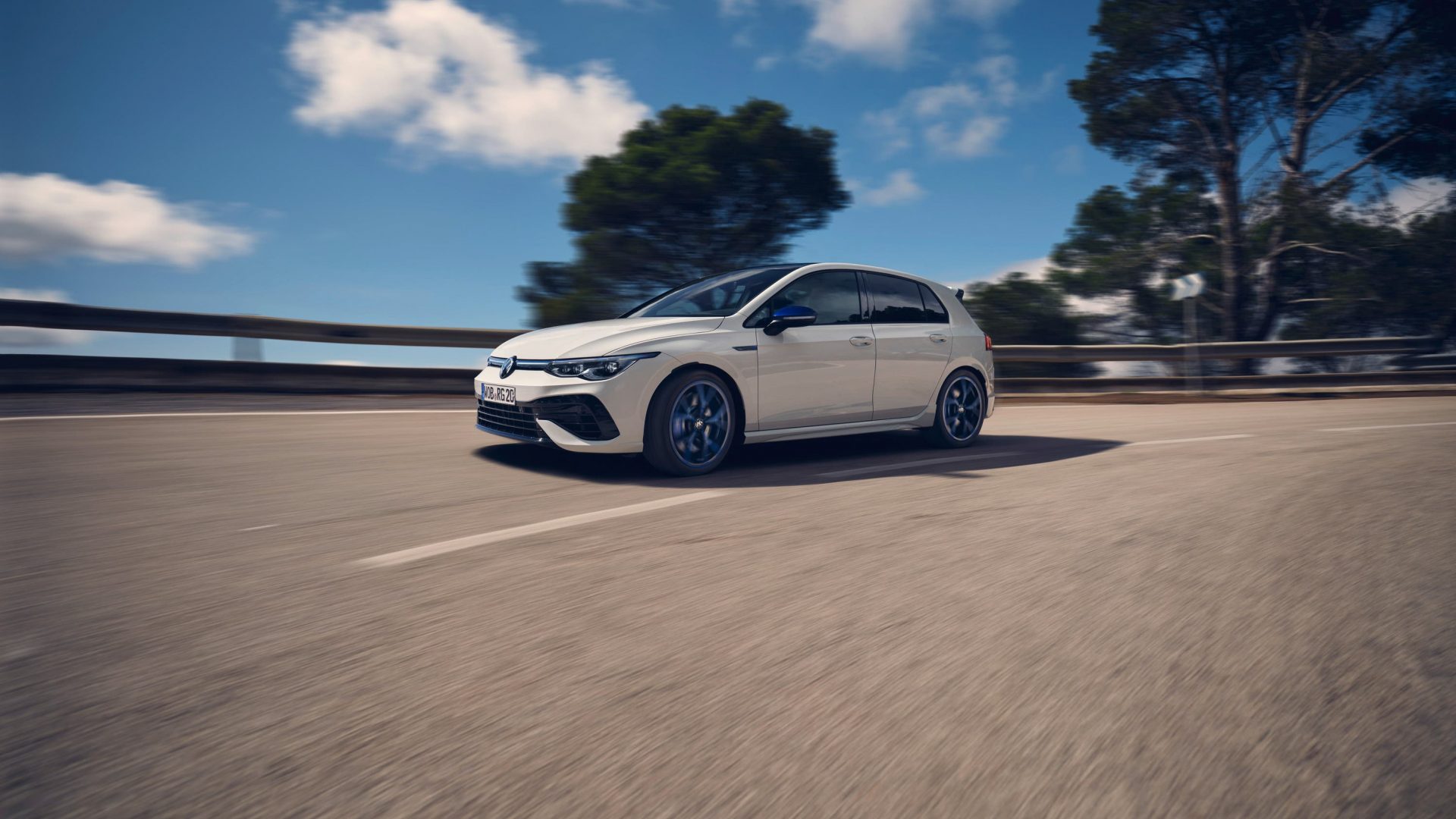 Excitement as Volkswagen reveals its most powerful road-going Golf ever

Volkswagen has announced that the new Golf R ‘20 Years’ will be the most powerful road-going Golf ever made.

The model has been built to celebrate two decades of the Golf R, which launched back in 2002 with the 238bhp R32.

The new car has been given a 2.0-litre turbocharged petrol engine which produces 328bhp, 13bhp more than the standard R.

On top of more power, Volkswagen has fitted a range of technical upgrades to make the model stand out. For example, the driver can select ‘Emotion Start’ mode, which increases the engine revs on startup to create more noise.

As well as this, upshifting manually in S and S+ modes brings a jolt through the new steering wheel-mounted paddles, while the turbocharger is engineered to provide instant response to throttle inputs.

All ‘20 Years’ models come with the R Performance package as standard, which adds torque vectoring and two driving modes.

These are called Special and Drift, with the former honed on the Nurburgring Nordschleife in Germany for track driving and the latter adapting the four-wheel drive system to allow the driver to hold a controlled slide.

The R Performance package also adds a rear roof spoiler and 19-inch alloy wheels. These have black and blue spokes that are unique to this model, making it clear this is no regular Golf R. The blue theme continues to the door mirrors, too.

Inside the sporty upgrades continue, with carbon-fibre inserts for the door trims and dashboard. Premium sports seats are fitted up front, upholstered in Nappa leather with an embroidered R logo.

The R ’20 Years’ is set to go on sale in the UK next month, although Volkswagen is yet to announce how much it will cost.