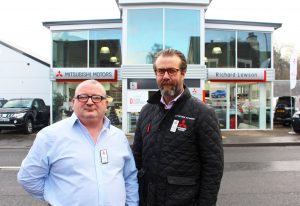 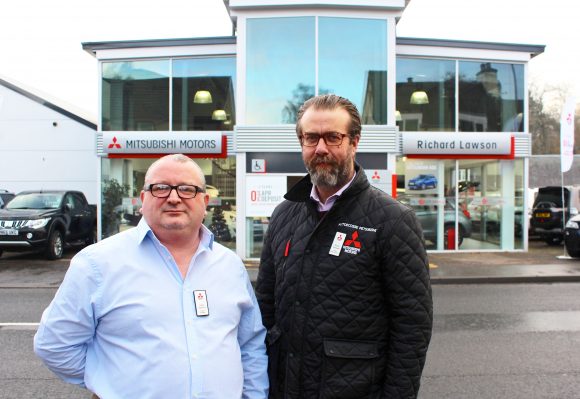 A FAMILY-RUN business has opened its second Mitsubishi dealership in Tayside following the success of its showroom in Dundee.

The arrival of Richard Lawson Mitsubishi in High Street, Burrelton, sees the business increase its coverage into the Perthshire area, adding to the Tayside area covered by Autoecosse in Kingsway East, Dundee.

Managing director Richard Lawson, who has been in the motor trade since 1971 and founded Autoecosse in Dundee in 2005, said: ‘I’m delighted to be opening our second Mitsubishi dealership, which builds on the success of our popular site in Dundee, where we have built a reputation for excellent service. This new site allows us to expand into the agricultural and business community in Perthshire as well as serving the county town of Perth and the many rural towns in the area. Perthshire is ideal 4×4 territory and the Mitsubishi range is ideally suited to the region.

‘The demand for the Mitsubishi brand has increased over recent years due to the exciting new models that have come through, and I am sure our new venture will be a success.’

The new showroom opens at an exciting time for Mitsubishi Motors in the UK, with the company being named the fastest-growing mainstream car brand in 2013, 2014 and 2015.

The dealership will employ a team of 10 staff and offers a full after sales service. The company is already heavily involved in supporting causes in the community and is a sponsor of Dundee United and Dundee FC.

Branch manager Andy Jackson said: ‘This is a great time for us as a company. This move has created more jobs in sales and after sales and we are all excited about bringing the Mitsubishi brand to a new area.’

Last year saw 12 new Mitsubishi dealerships open across the UK, and Richard Lawson Mitsubishi is the seventh new dealership of 2016.

Lance Bradley, managing director of Mitsubishi Motors in the UK, said: ‘I’m delighted to see Richard and his team opening their second Mitsubishi dealership, following the success of their existing site. They have already established an excellent reputation at their Dundee dealership and I am sure their new showroom will be just as successful. It’s fantastic to see our dealer network continue to grow at this exciting time.’

On SuperUnleaded.com: The Stig Becomes The Sting As He Gives Grand Tour’s Racing Driver Some Advice