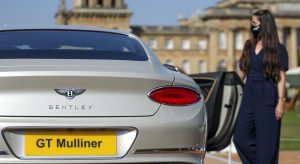 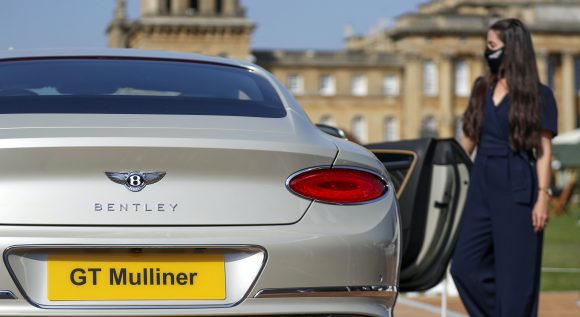 A family-run clothing business has once again fought off car manufacturer Bentley in the courts over a long-running ‘David and Goliath’ trademark dispute.

In November last year, a High Court judge concluded the car maker had infringed the trademark rights of Manchester-based Bentley Clothing by using the Bentley name on its own range of goods.

The result of the ruling was that Bentley Motors would no longer be able to use the name – either on its own or in conjunction with its famous ‘wings’ logo – on its clothing range in the UK.

It also meant it would have to limit its range in future to ‘jackets, silk ties, caps and scarves’ and would not be allowed to sell other types of clothing or headgear.

Bentley Motors challenged the ruling at a Court of Appeal hearing earlier in December, arguing the judge reached the wrong decision.

But, dismissing the car maker’s appeal on Wednesday, three senior judges said there was ‘no basis’ for interfering with the judge’s conclusions.

In a statement after the ruling, Bentley Clothing director Chris Lees said: ‘We’ve tried to grow the clothing brand we bought in 1990 and it’s proven impossible. 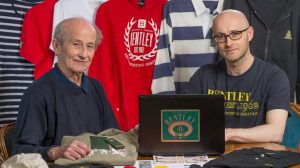 ‘Bentley Motors forced us into a costly legal battle that has been ruinous in many ways.

‘We’ll be very glad when we can finally put a stop to Bentley Motors’ infringements and begin to grow our business to what it once was.’

The dispute has been ongoing since Bentley Clothing, founded in 1962, first approached the Volkswagen-owned car firm in 1998 and the High Court action was launched in 2017 after years of fruitless negotiations.

Judge Richard Hacon, who heard the case over three days in July 2019, said the evidence gave the ‘strong impression’ that from around 2000 Bentley Motors made a ‘conscious decision’ to develop the use of Bentley in relation to their clothing range.

The judge said this was ‘to increase the prominence of that sign, but only in incremental stages in the hope that no one stage would provoke a reaction from Bentley Clothing’.

He said the luxury car manufacturer, founded in Cricklewood, north-west London, in 1919, first began selling clothing and headgear in 1987 and that, for a time, there was ‘honest concurrent use’ of the trademark.

However, he found that the car firm’s moves in later years amounted to a ‘steady encroachment on Bentley Clothing’s goodwill’ in the trademark. 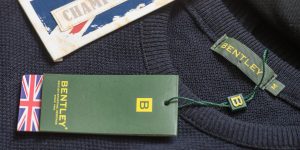 The judge said his impression of Bentley Motors’ policy was reinforced by its efforts to cancel the clothing firm’s trademark in the earlier litigation.

‘In my view by November 2011 Bentley Motors was not and still now is not entitled to a defence of honest concurrent use.’

Lees’ father and fellow director Bob Lees, 84, suffered duodenal cancer and was too ill to attend court when Bentley Clothing had to represent themselves at earlier proceedings before the Intellectual Property Office.

The family was also hit by tragedy in May this year when Mr Lees’ brother Richard, also a director of the firm, suffered a fatal heart attack.

Simon Bennett of Fox Williams solicitors, who represented Bentley Clothing, said: ‘This was a true David and Goliath battle and shows that the law protects brand owners from infringements even in situations where there is no equality of arms.’

At its peak in the early to mid-1990s, the Bentley brand generated £5m of sales a year, but Lees previously said the chances of achieving those levels of sales had been ‘badly hampered by Bentley Motors’ persistent infringements’ over the trademark.

The company’s sales were less than £100,000 a year at the time of the High Court ruling in November last year.