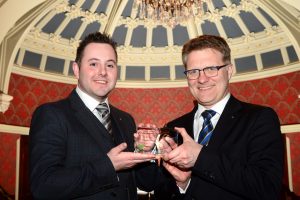 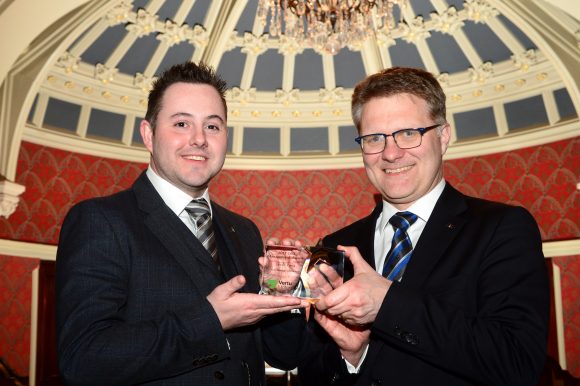 THE team at Farnell Land Rover Nelson have been celebrating after a colleague received recognition at a national awards ceremony.

Simon Davis was presented with the Sales Manager of the Year trophy at Vertu Motors’ annual CEO Awards.

The event, which is hosted by the group’s chief executive, Robert Forrester, celebrates the top-performing colleagues across companies that the group operates, which includes Farnell Jaguar Land Rover.

Forrester said: ‘Simon has been instrumental in turning this business, which was acquired in 2014, into one of our most successful Jaguar Land Rover sales operations.

‘The Nelson dealership has received an incredible 100 per cent rating on leading customer satisfaction site JudgeService, which is purely based on customer feedback, for almost 12 months now.

‘His personal development as a leader is also taking great strides forward and he is now part of the General Manager Development Programme, which will support the further development of his talent.’

Davis, who has since joined Farnell Land Rover Bury as brand manager, said: ‘Talking to and getting to know customers is one of my favourite aspects of the job, so to be acknowledged as Sales Manager of the Year is amazing.

‘I look forward to meeting many more customers over the years and hope to continue my efforts in contributing to the success of the company that has invested so much in me.’