Half a million get jab in a day

Ministers are growing increasingly confident of hitting the target of vaccinating the 15m most vulnerable people by mid-February after a record high of jabs on Saturday.

The Prime Minister said the rollout ‘will only accelerate from here on’, after the daily number of jabs administered in the UK exceeded 500,000 for the first time.

Official figures showed 598,390 first doses were administered across the UK, bringing the total number of people to have received a dose to 8,977,329. Based on the latest figures, an average of 401,512 first doses of vaccine would be needed every day for the government’s February 15 target to be met.

Captain Sir Tom Moore, the 100-year-old Second World War veteran whose charity walks inspired the nation early in the pandemic, has been admitted to hospital after testing positive for Covid-19.

The Prime Minister was among those to wish Sir Tom well after he was taken to Bedford Hospital yesterday, where he is being treated for pneumonia.

Sir Tom’s son said he had been treated for pneumonia over the last week and since tested positive for Covid-19. He needed help with his breathing, but is not in intensive care.

Ministers have been warned lockdown restrictions have to be relaxed ‘very slowly, very cautiously’ after scientists said vaccines must prove to be highly effective at preventing transmission to avoid a future spike in deaths.

Public Health England’s coronavirus strategy chief Dr Susan Hopkins said yesterday measures must be eased slowly so ‘we can clamp down quite fast’ if an increase of cases is seen.

Her comments came as preliminary research from scientists advising the government suggested a ‘huge surge in deaths’ will only be avoided as restrictions are eased if vaccines have a high uptake and are highly effective at blocking infection and transmission.

Bank to weigh up economy-boosting action

The Bank of England will decide whether to take further economy-boosting action this week as the latest lockdown puts Britain on the brink of a double-dip recession.

Most economists believe the Bank will keep interest rates on hold at 0.1 per cent, but could look to expand its £895bn quantitative easing (QE) bond-buying programme to help the economy weather the second wave of the pandemic.

It will also report back on Thursday with an update of its consultation into the feasibility of negative interest rates in the UK amid increasing speculation over whether it could resort to such a move.

School closures ‘could lead to £350bn in lost lifetime earnings’

School closures could lead to a loss in earnings of £350bn in the long run, a report has warned.

A ‘massive injection’ of resources is needed to help pupils catch up after many children will have missed out on around half a year of in-person lessons, according to the Institute for Fiscal Studies (IFS) paper. A variety of options – including allowing students to repeat a whole school year, lengthening the school day, or extending the academic year – should be on the table to increase learning time, it says.

Pupils who have lost six months of normal schooling could lose approximately £40,000 in income over their lifetime, the IFS observation suggests. This equates to £350bn in lost lifetime earnings across the 8.7m school children in the UK.

A law banning old tyres from lorries, buses and coaches will come into force today following a campaign by the mother of a teenager killed in a crash.

Frances Molloy has been calling for a change in the law since the death of her son, Michael, 18, in a coach crash as he travelled home to Liverpool from Bestival on the Isle of Wight in 2012. An inquest into the crash, which also killed 23-year-old Kerry Ogden and coach driver Colin Daulby, 53, found it was caused by a tyre that was nearly 20 years old.

From today, Construction and Use Regulations will not allow tyres which are more than 10 years old to be used on the front steered axles of lorries, buses, coaches or for all single wheels fitted to a minibus.

Ryanair said it is braced for ‘the most challenging year’ in its 35-year history as it announced third quarter losses of £270m.

The Irish low cost carrier said coronavirus continues to ‘wreak havoc across the industry’ as it saw a drop of 78 per cent in passenger numbers in the quarter to December 2020 compared with the same period in the previous year.

In the three months to December, 8.1m passengers used Ryanair, compared to 35.9m in the same quarter in 2019. The loss in the quarter contrasts with a £78m profit after tax in the same period a year before.

Volkswagen has launched its latest electric SUV – the I.D4 – in 1st Edition trim, with first models expected in dealerships this March.

Sitting on the firm’s MEB platform, the ID.4 uses a 77kWh battery for a claimed range of 310 miles. Thanks to 125kW rapid charging capability, 199 miles of range could be added in just 30 minutes via an appropriate charger.

The limited-run ID.4 1st Edition is available to order now with prices starting from £40,800, inclusive of the government’s plug-in car grant. Other variants of the ID.4 will be introduced shortly. 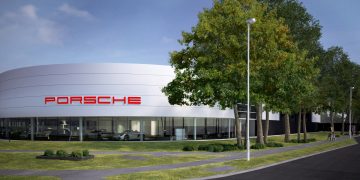 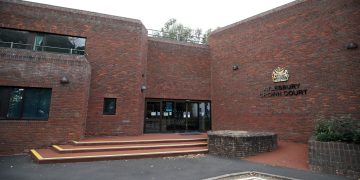 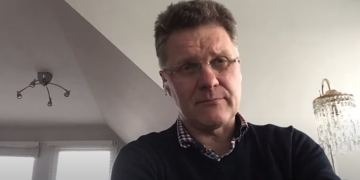 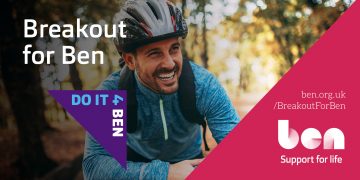 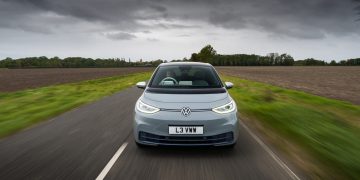 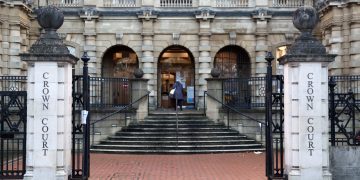