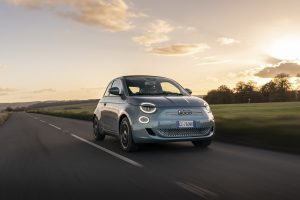 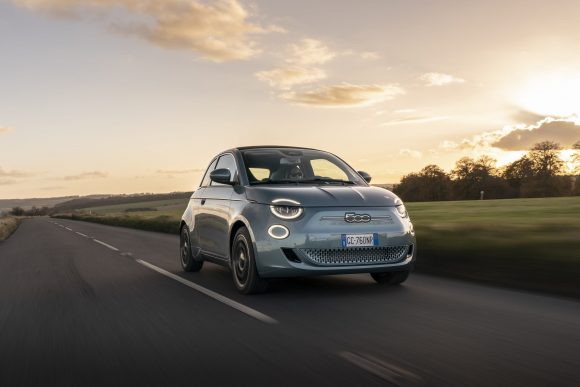 Fiat will go fully electrified in the UK this summer after it announced plans to scrap all petrol and diesel cars from its line-up in just one month’s time.

Coming into effect on July 1, new cars with traditional powertrains will be pulled from sale at UK dealerships, leaving only a choice of EVs and hybrids.

The move will also apply to Abarth models, with bosses describing the landmark decision as a ‘pivotal point’ in Fiat’s history.

Greg Taylor, Fiat and Abarth UK managing director, said: ‘This step in Fiat’s history marks a pivotal point in our commitment to providing affordable and sustainable mobility solutions for all of our customers.

‘The move lends itself to our vehicles which are suited to urban areas, spearheaded by the popularity of the New 500.’

Fiat has made the decision after gradually increasing its electrified offerings in recent years.

In 2021, more than 60 per cent of the firm’s line-up was electrified, offering at least one low-emission version of each model in the UK.

The brand originally began electrification with the 500 Hybrid and Panda Hybrid, and continued with the fully electric New 500.

In Italy and France, it is the best-selling electric model ever, while it ranks second in Germany – the largest electric car market in Europe.

It comes as EV registrations continue to grow at a time when petrol and diesel models are struggling.

Fiat’s line-up also includes hybrid versions of the second-generation 500 and the Panda.

Both see their basic 1.2-litre engines replaced by an all-new electrified 1.0-litre unit. The engine is a naturally aspirated three-cylinder paired with a 12-volt belt-integrated starter generator and an 11Ah battery.

The Italian brand’s offerings are completed by the 500X and Tipo Hybrid, which were both released in February.