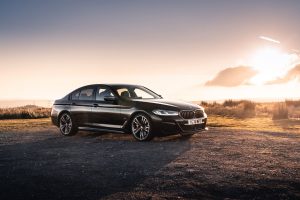 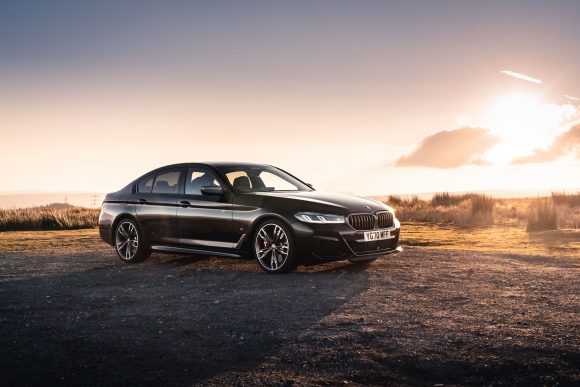 BMW has refreshed its popular executive car, the 5 Series. Darren Cassey finds out if it’s still one of the best all-rounders on the market

It’s a car that doesn’t really need an introduction. It has sat the top of the executive car market for decades thanks to its blend of badge appeal, fine handling and luxurious interior.

BMW has dealt the seventh-generation model a mid-life facelift, giving an already excellent car a little nip and tuck as well as updated powertrains.

A range of very subtle exterior tweaks but they do freshen up the appearance – there’s a new grille and headlights, for instance. There’s also a new highly specified trim level at launch called M Sport Edition, while the plug-in hybrid range has expanded to five models and mild hybrid technology is offered on all four- and six-cylinder engines.

In exciting news for performance car enthusiasts, the M550i is now available in the UK. It bridges the gap between the standard 5 Series models and the ultra-fast M5.

There are almost too many engine and body style configurations to list, with petrol, diesel and plug-in hybrid options available. We had the chance to test the two ends of the spectrum in the form of the 520d (the entry-level diesel) and the aforementioned M550i.

The 520d uses a 2.0-litre four-cylinder diesel engine making 187bhp, returning fuel economy of 65.7 – 68.9mpg and CO2 emissions of 112 – 108g/km in saloon form. The M550i is a completely different beast, however. The 4.4-litre V8 makes 523bhp and 750Nm of torque, accelerating from 0-60mph in about 3.6 seconds. It lacks the outright ferocity of the M5, but therein lies its appeal, providing more than enough kick for everyday driving and a sonorous soundtrack to go with it. 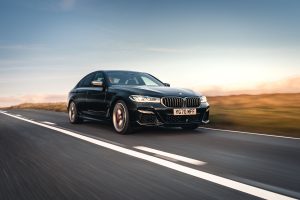 This is the best 5 Series generation for a while, because BMW has managed to make up the distance to its rivals on the comfort front while retaining much of what made them so great to drive.

If customers opt for more mainstream engine choices and they’ve got a sweet handling executive saloon that feels much smaller to drive than it really is. The 520d we tested was hardly fast, but it had just enough about it to make the most of the car’s fun handling while also being smooth and refined when you want to settle down.

The M550i is a revelation, though. It’s more subtle than the M5, both in looks and driving experience, encouraging you to put your foot down from time to time while remaining in sumptuous comfort.

The 5 Series plays on its subtle premium appeal, with nothing particularly standing out on the exterior. It’s a handsome thing, though, with updates including a wider, taller front grille and slimmer LED headlights up front. 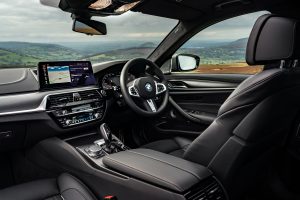 Inside, it’s a similar story, with subtle, minimalist design making the 5 Series a relaxing place to be.

The updates work well, with a new leather steering wheel fitted with rearranged multifunction buttons and updated trim strips on the dashboard. Meanwhile, the infotainment screen and digital instruments are some of the best in the business, being easy to operate through the central controller dial. 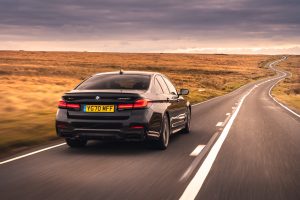 Autocar said: ‘It’s still the best to drive, still has the nicest cabin and so is still the pick of the bunch’.

It’s boringly predictable, but the new BMW 5 Series is probably the best in class. It might not have the comfort or styling prowess of some of its rivals, but as an all-rounder it’s tough to beat.

Most 5 Series models will be designed for company car drivers, in particular the 520d diesel and 530e plug-in hybrid models. Other models like the M550i and M5 will most likely appeal to private buyers