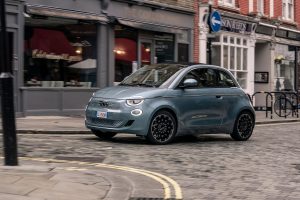 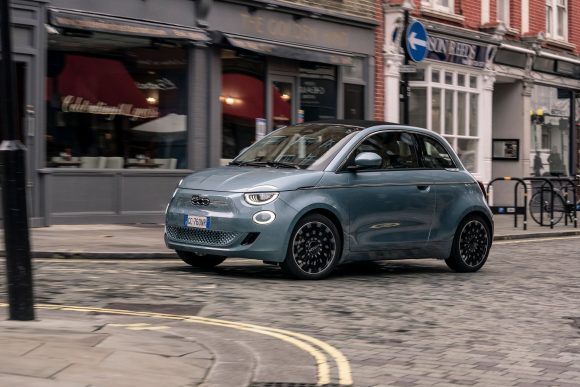 Fiat has replaced the 500 with an all-electric one. Was that the right move? Darren Cassey gets behind the wheel

It’s taken Fiat 13 years to come round to replacing the 500. The 2007 reinvention has been a monumental hit for the Italian brand with the UK being one of the key markets for the retro small car.

Now Fiat has finally done the difficult job of replacing a top-seller and this is it – or rather, not replaced it. For a short time, the old petrol model will soldier on while this new car readies itself to grab the headlines. Why? Because it’s all-electric.

Pretty much everything except for the name is new. It’s the first Fiat Chrysler Automobiles vehicle to be built from the ground up as an electric vehicle, so it’s perhaps unsurprising that it has led with its most iconic model.

That makes it wider and longer than the previous model, gets level two autonomous driving features, a futuristic twist on the classic 500 styling, and two battery size choices with fast charging up to 85kW. It’s also offered as both a hatchback and convertible. 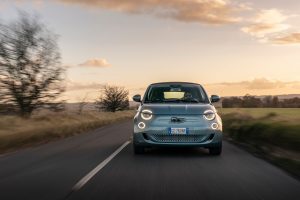 Not much, really. Where the engine would be instead resides various aspects of the powertrain such as the charger module and power inverter, and this has freed up a remarkable amount of space inside the cabin.
Beneath the module and inverter sits the electric drive module, which has the motor and differential. Its output is 115bhp (or 94bhp on the smaller battery version) and 220Nm of torque.

Beneath the cabin sits the battery pack, which is available in 42kWh or 23.7kWh capacities, providing up to 199 and 115 miles of range respectively. The smaller battery can charge at a maximum rate of 50kW, which takes 30 minutes to get to 80 per cent of charge, while the larger one can take up to 85kW, which takes 35 minutes to reach 80 per cent.

In previous generations, the 500’s trump card has always been its style, and while it hasn’t been bad to drive, it’s far from class leading. However, the new 500 feels like a massive step up. Electric powertrains suit city cars down to the ground and this Fiat is no different.

The electric motor doesn’t quite have the immediate kick of acceleration of some EVs, but it’s much more spritely than a petrol car when driving around town. It’s comfortable, too, without suffering from the overly harsh ride some rivals struggle with.

The 500 could have been the worst car ever made and it would still sell by the boatload because Fiat absolutely nailed the retro-modern styling. This new model has seen the most dramatic change yet, because although it’s unmistakably a 500, it’s got an ultra-modern edge that would be well-suited to a concept car.

Despite being larger now, it’s not obvious from the outside, so it’s still got the charming dinky proportions we know and love. It has a solid front grille with a prominent 500 logo that should be tacky but has been implemented in a classy way, while the ring light around the oval headlights is a simple, modern yet characterful touch. 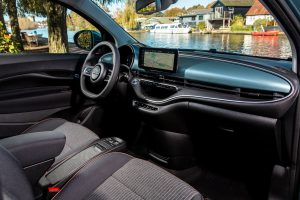 Again, the interior feels like it’s moved up a level. This is partly because the starting price is higher, as is the case with all EVs, so they tend to get more premium materials and style to help justify it. However, while the Fiat doesn’t necessarily feel more premium, gone is the clunky, fussy interior of old and in its place is a sleek minimalist dashboard.

It has a simplified oval instrument binnacle design, which is about the only similarity with its predecessor. Now, the centre console is simply a prominent screen on the dashboard where most features are controlled from, as well as a few physical buttons below for the air conditioning and gear selection.

Prices start at £19,995 for the hatchback after the government grant, and £26,145 for the convertible. There are four trim levels on the hatchback, while the drop top goes without the entry level Action trim, which is only available with the smaller battery. 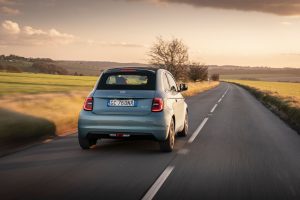 Autocar said: ‘Electric or not, it feels exactly like a next-generation 500 should, chiselled and honed in the right way by respecting the past while still embracing the future. And just look at it: you’ll want to drive one and won’t be disappointed when you do so.’

Meanwhile, electric car website Electrifying.com said: ‘On the road, the New 500 is just what it needs to be: fun. It’s not as engaging as the Mine Electric or Honda e, but super-light yet predictable steering and a tight turning circle of 9.6m makes it joyously easy to wind through town or around awkward multi-storey car parks. You are always aware of its increased weight over the previous version, but for most owners, the driving experience is enjoyable.’

Reinventing the Fiat 500 was a big ask. But you have to say ‘fair play’ to the Italians because they have managed to find everything that’s loved about the previous 500 and packaged it up in a modern-looking car with a future-proof electric powertrain.

There’s now more substance to the 500’s style, because it’s great to drive, more spacious and has ultra-low running costs too. It’s safe to say this city car’s reign of success is likely to continue for a good while yet.

DEAL CLINCHER
It has fashion, character and desirability by the bucketload