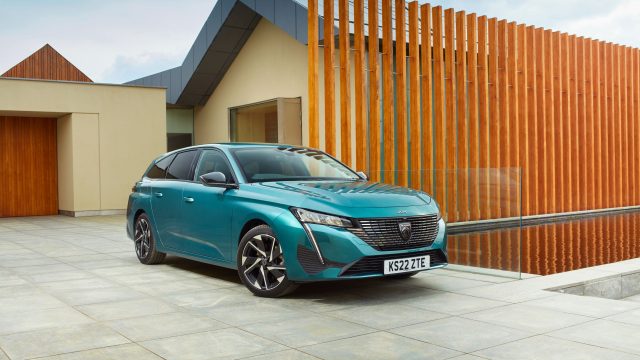 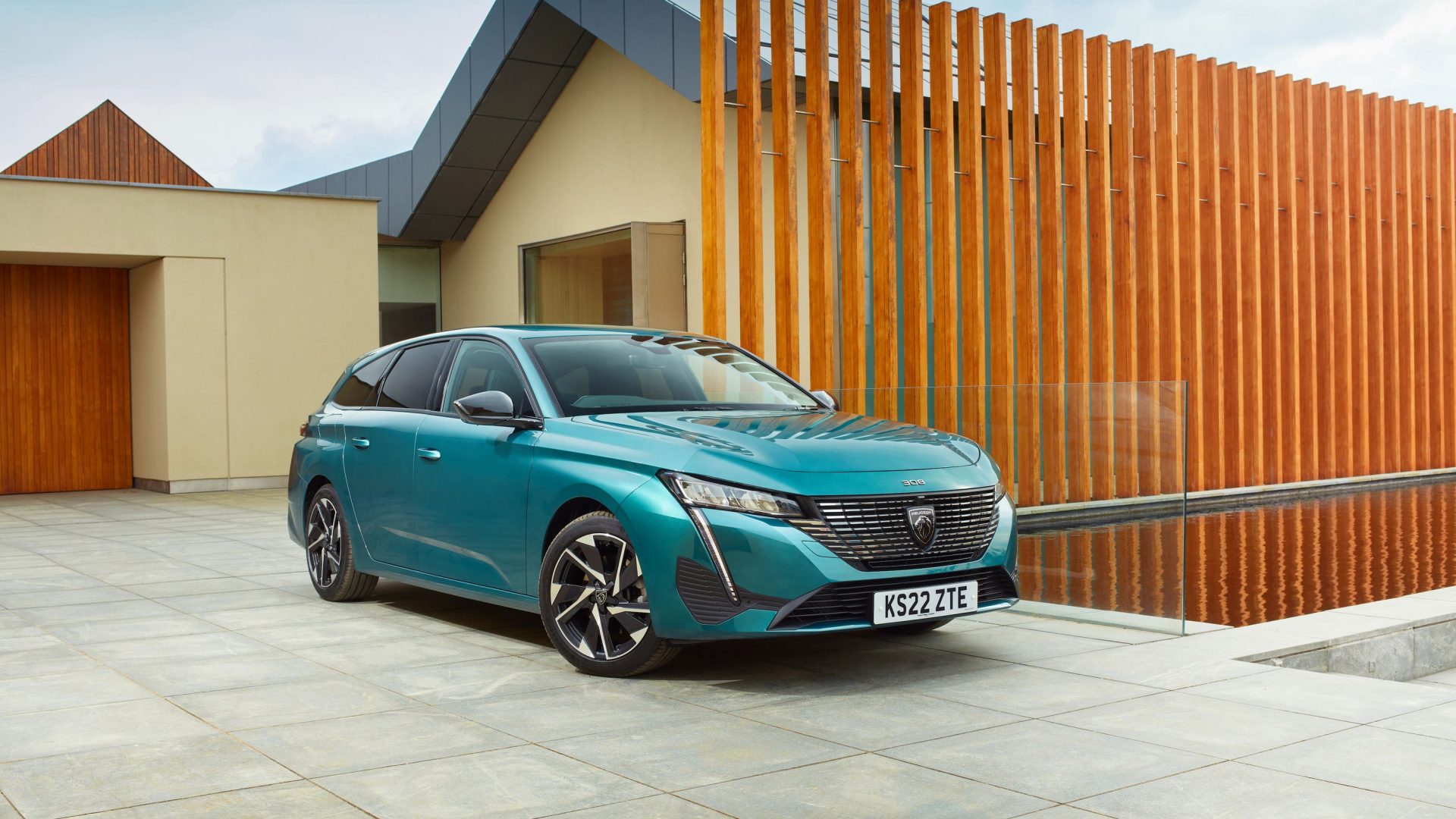 First Drive: Is the Peugeot 308 SW the new family estate car to beat?

In a day and age where crossovers and SUVs dominate in the car world, it can be easy to forget about the humble estate car. But if you want that sleeker, lower look combined with superb practicality, these models shouldn’t be dismissed.

At the more affordable end of the spectrum, models from Ford and Skoda have long topped the sales charts, but another contender has always been the Peugeot 308 SW. Delivering on style and quality, the French firm is aiming to take things even further with this latest generation, but does it succeed?

To find out, our man Ted Welford has been behind the wheel. Here is what he had to say… 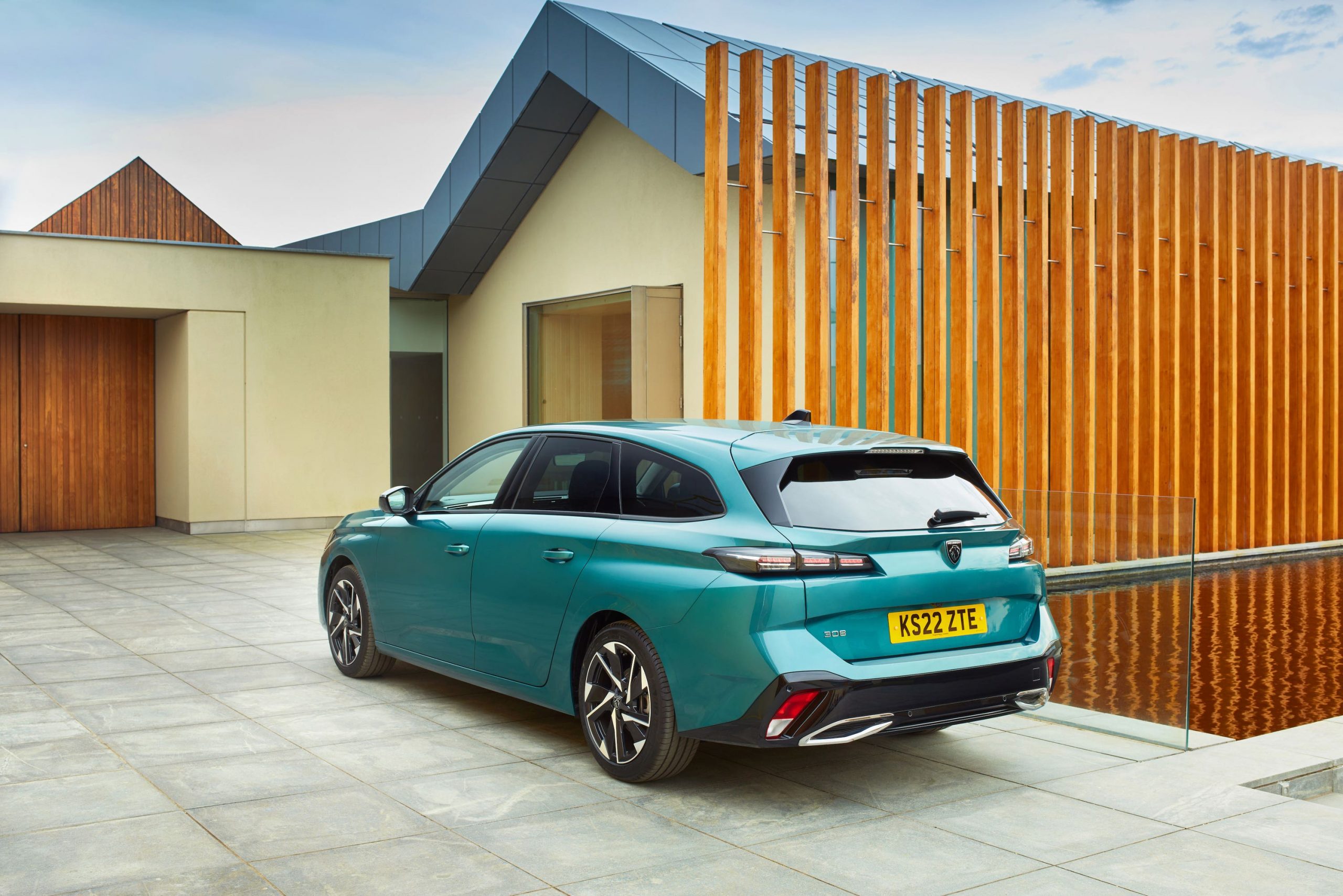 Hot on the heels of the 308 hatchback, this new estate model boasts the same dynamic and cool design, headed up by its large frameless grille and drooping ‘claw’ lights, which have slowly been rolled out across the Peugeot range.

Inside, the new 308 SW boasts a far more modern cabin, addressing the fact the old car was just starting to get a bit long in the tooth. Underneath the surface there are also plug-in hybrids on offer for the first time, an important addition considering this model’s popularity in the fleet segment. 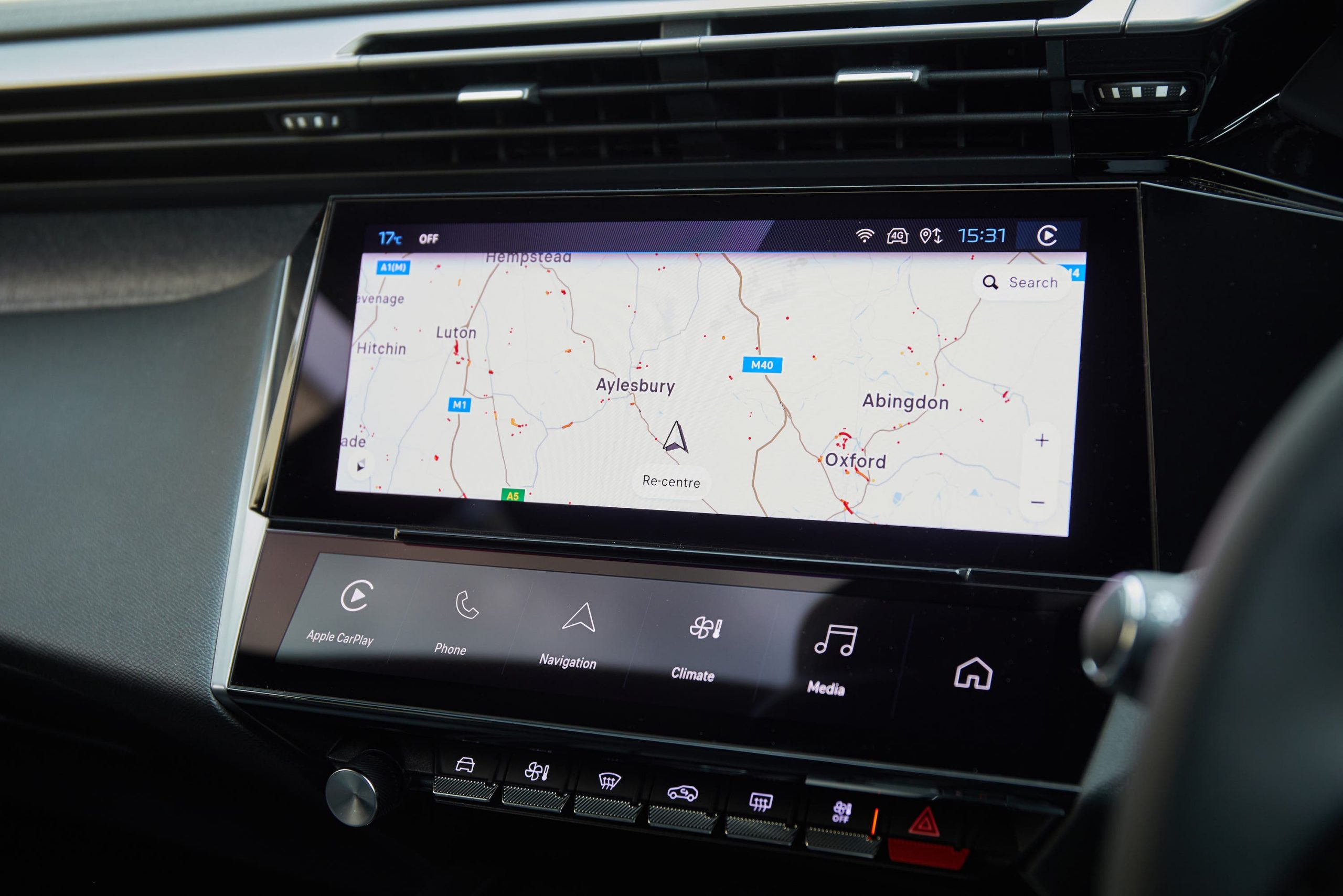 Two plug-in hybrids are on offer – one with a combined 178bhp and a second with 222bhp – and offer an electric range up to 37 miles, slotting them in a low company car tax bracket.

Conventional engines are available too – a 128bhp 1.2-litre petrol and the 128bhp 1.5-litre diesel we’re trying here. Though diesel has dropped in popularity significantly in recent years, Peugeot still expects a fifth of buyers to choose it in this 308 SW model.

Getting to 60mph takes 10.7 seconds, though it’s the long-distance efficiency that’s likely of greater importance, with Peugeot claiming up to 65mpg with CO2 emissions as low as 114g/km. On our mixed test route (with only a short stretch of motorway driving), we still averaged an impressive 55mpg. 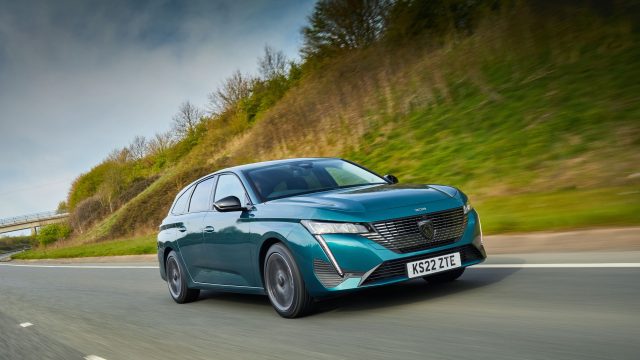 Though diesel engines might have come on leaps and bounds, that low-speed gruffness still exists, and quite prominently in this 308 SW. At very low speeds – such as when parking – it almost feels like it’s about to stall despite using an eight-speed automatic gearbox. Once up to speed, though, it’s a great option, feeling quiet and refined on the motorway as you watch the fuel economy figure climb. If you do lots of urban driving, though, other powertrains make a lot more sense.

It also handles nicely and is a nice reminder of the hatchback-like feel that estate cars offer, as you sit relatively low in the seat and there’s little in the way of body roll through the corners. Even on a heavily potholed test route, the ride remained comfortable and compliant too.

I think the new 308 is one of the few occasions where I reckon the regular hatch looks nicer than the estate (or SW). Still a handsome thing, though pic.twitter.com/SOccDJFMtc

Peugeot’s designs have been getting increasingly flamboyant in recent years, and the 308 SW is no exception. Its combination of angular lines and sharp LED lights give it a really sculpted shape that almost make it look like a concept car.

Though a car’s looks are subjective, we think the 308’s appearance suits the hatchback better than it does this estate – at the rear there are just a few too many design elements trying to come together and it just makes it look a bit busy. Peugeot’s new logo, which gets its first outing on the 308, also lacks the coherency of the badge that came before it. 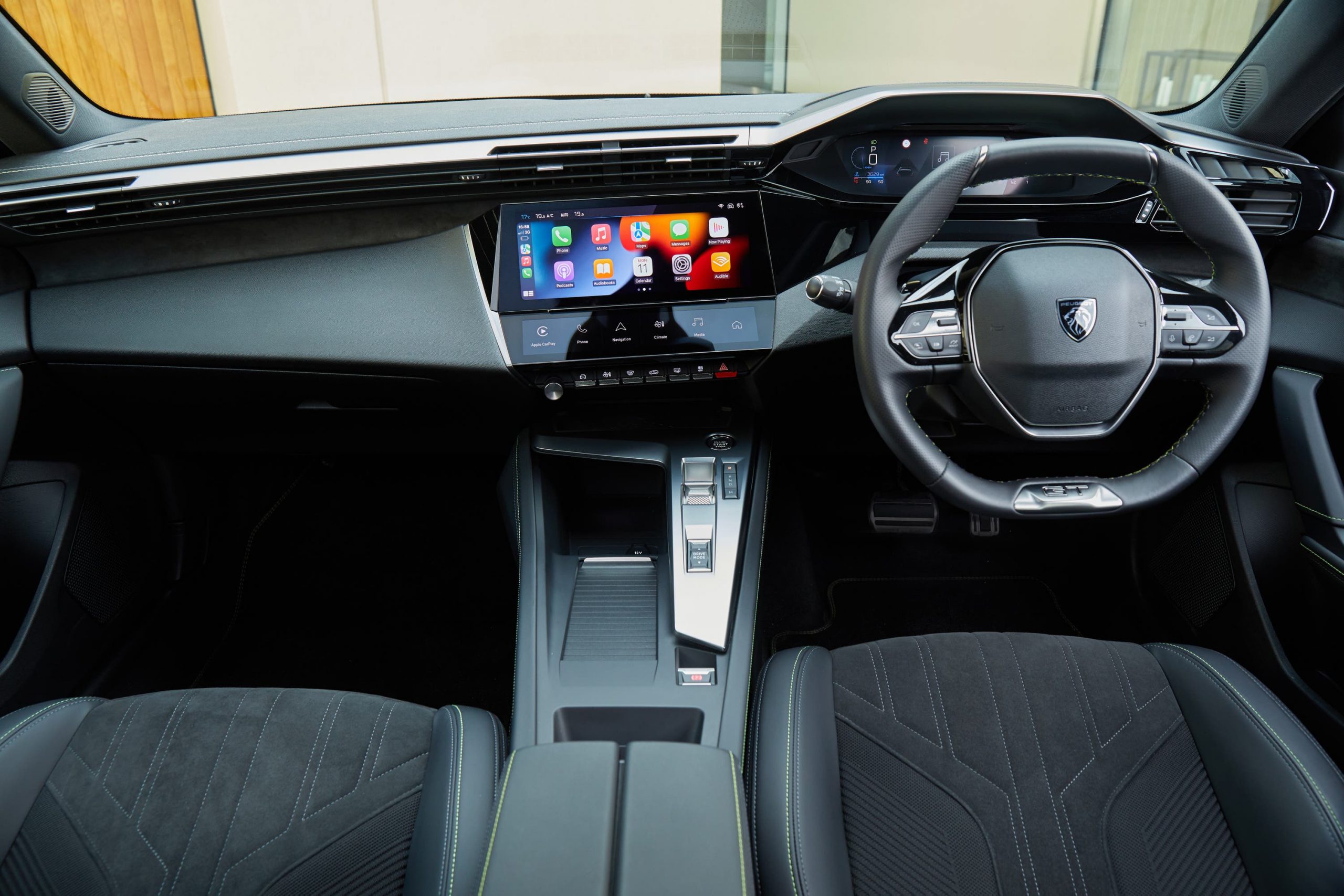 The interior of the 308 feels like one of the biggest steps forward, particularly when it comes to the touchscreen. Recent Peugeot systems have looked pretty good, but have been slow and awkward to use. But the new 308’s setup is a big improvement as it’s slicker with its useful new shortcut keys yet still looks great.

The i-Cockpit digital instrument cluster (positioned high up) remains too, though its view is slightly impacted by the small steering wheel – sadly a trait Peugeot is yet to rectify.

With a wheelbase 55mm longer than the 308 hatchback, the interior of the SW is noticeably bigger inside. Particularly the boot, which measures 608 litres, or 1,634 litres with the rear seats folded. It’s right on the money by class standards, and we reckon few estate car buyers will find it too small. 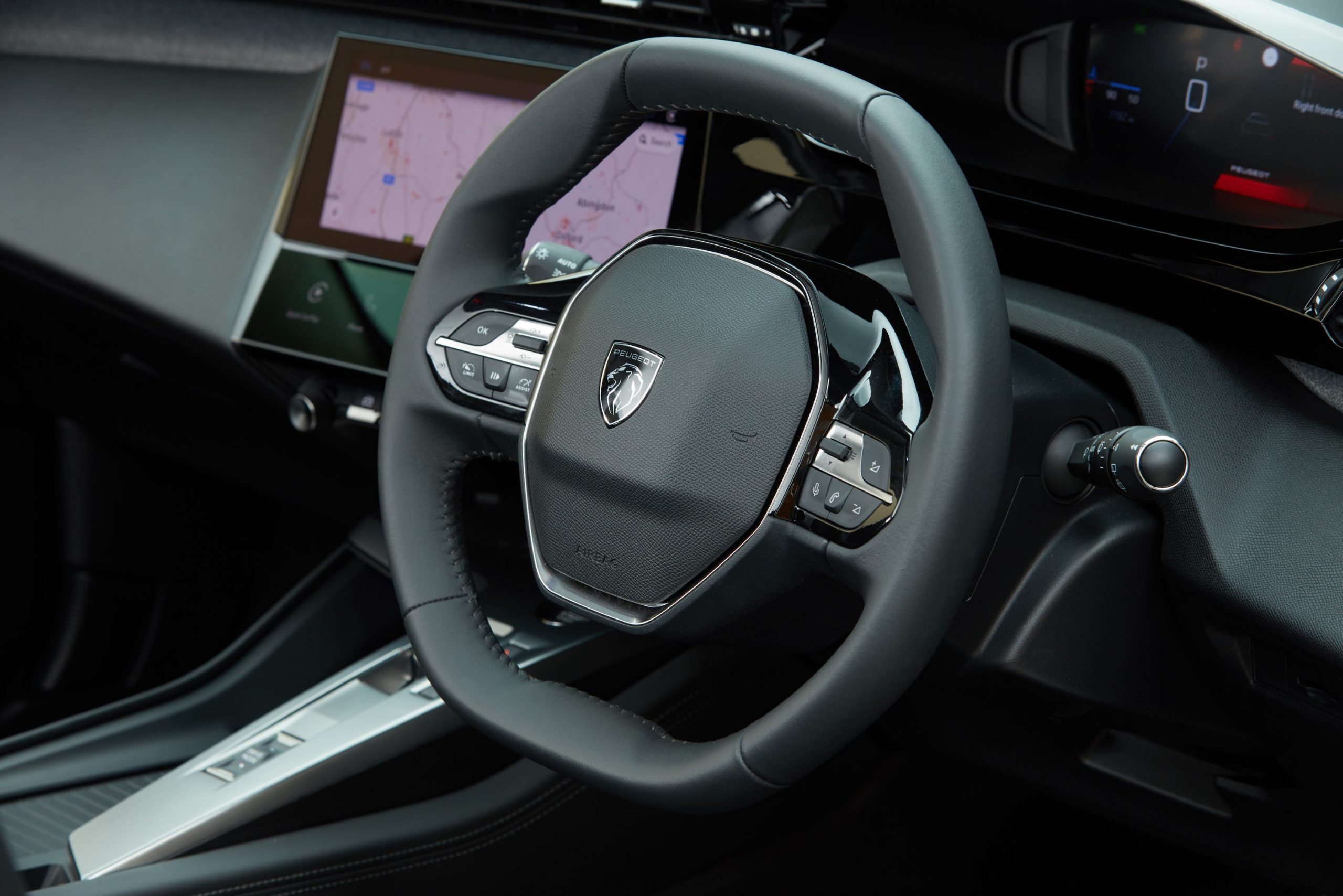 Choice is key to the 308’s appeal, with a wide range of specifications on offer. Prices kick off from £26,470 (a reasonable £1,200 more than the hatch) for an Active Premium, which still comes with a 10-inch digital instrument cluster, LED lights and climate control as standard.

If you like all the bells and whistles, the high-spec GT version gets elements like full Matrix LED headlights, a heated steering wheel and 360-degree camera system, though they begin from a steep £31,120, rising to more than £40,000 for a top-spec hybrid. 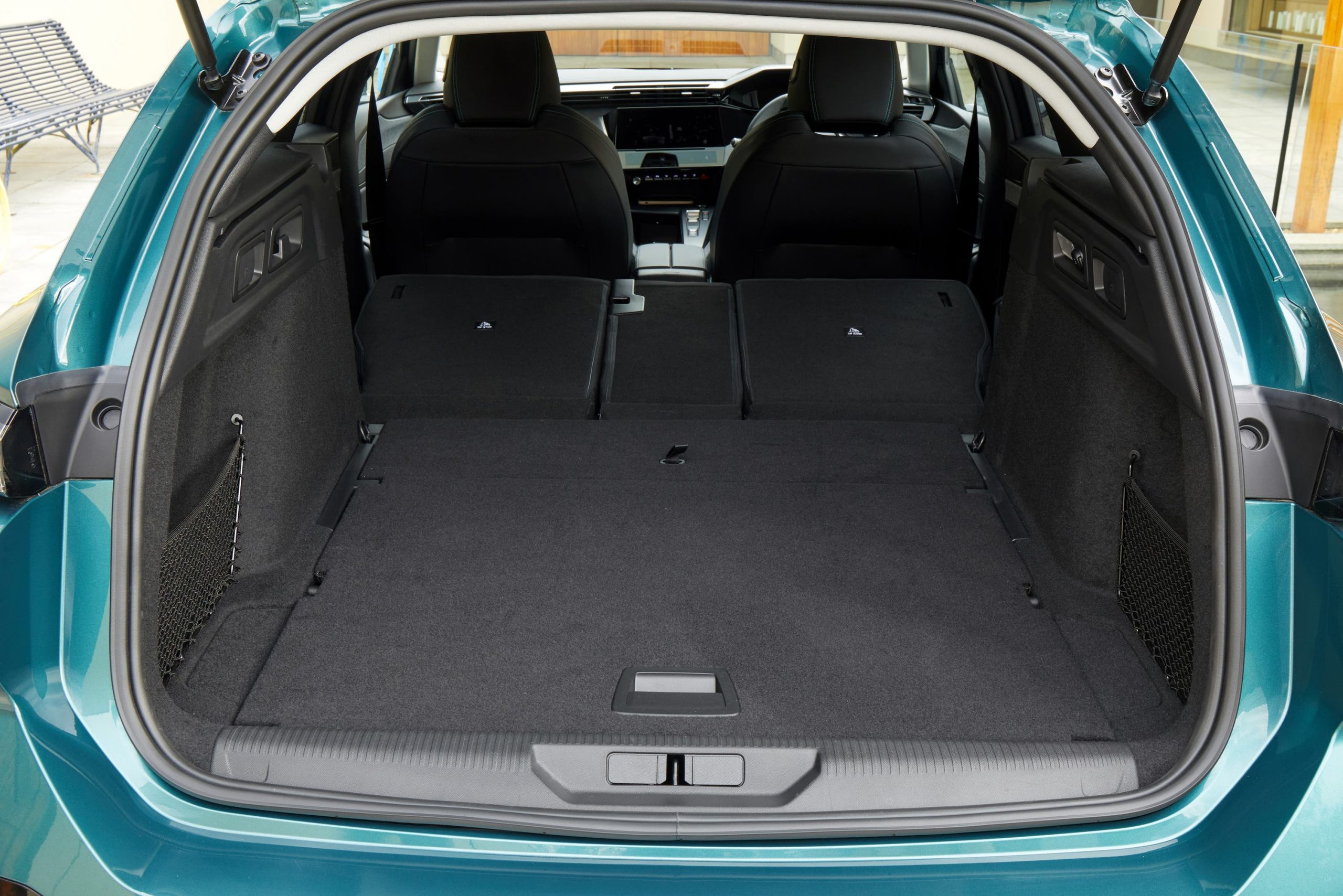 Though the estate car segment might not be as popular as it once was, models like this Peugeot 308 SW show this market still deserves your attention.

Bringing comfort, a classy design and generous equipment levels, there are plenty of reasons to choose this Peugeot. A large boot and option of a plug-in hybrid – a bit of a rarity in this particular segment – mean it’s definitely worth a look.