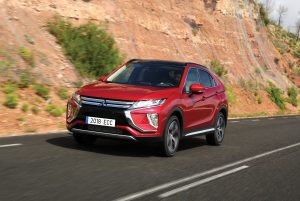 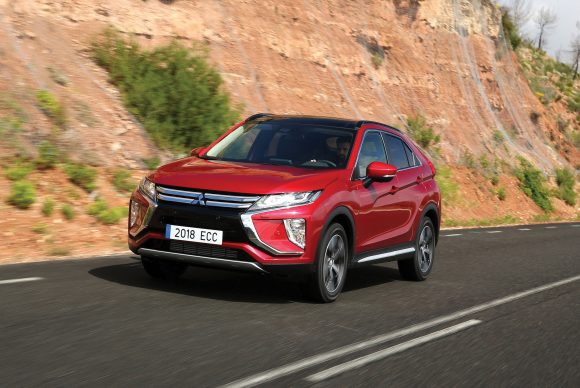 Mitsubishi is, first and foremost, a four-wheel drive brand. Its product portfolio reflects this, with the Mirage city car a lone standout among the ASX, Outlander and Shogun SUVs, plus the rugged L200 pick-up.

There’s also a Shogun Sport coming later this year. But the brand’s carved out some more space for yet another off-roader – the Eclipse Cross. The Eclipse mixes bold styling with a practical interior and throws a hefty dose of value into the mix.

Bearing no relation to the Eclipse Coupe from the early 2000s, the Eclipse Cross sits on the same platform as the Outlander, but it’s been altered so much Mitsubishi says they share very few components. It debuts the brand’s latest design language, with a bold face, chiselled flanks and an interesting tiered rear, while under the skin sits an all-new engine and gearbox combo.

It’s the first Mitsubishi to be penned wholly by the company’s current design boss, who was appointed in 2014. It’s also the first to be launched since the brand was absorbed into the Renault-Nissan-Mitsubishi Alliance.

Though Mitsubishi says hybrid models are on the way (and a diesel, if public demand for the fuel stops dropping), for now, the choice is simple.
There’s just one 1.5-litre turbocharged petrol engine on offer.

It produces 161bhp and has lots of low-down grunt, but real-world fuel economy in the mid-30s and a hefty CO2 figure of 159g/km mean you pay for the performance. With just one engine, you only need to choose your gearbox – six-speed manual or CVT automatic.

Which you prefer will depend on your driving style – the CVT improves performance and isn’t a bad example of the breed. However, it’s no match for a ‘traditional’ automatic.

It keeps the revs too high for our liking, while the manual ’box allows you to surf the engine’s low-end torque for smoother progress.

Mitsubishi’s concentrated on making the Eclipse Cross a dynamic car to drive, and to an extent it’s succeeded. It’s certainly more exciting to hustle down a back road than any of the manufacturer’s current model line-up, but it’s not as competent as a Seat Ateca – or as comfy as a Nissan Qashqai.

The split rear window is definitely the most striking element of the Eclipse Cross’s design, and gives the car a bold taillight graphic at night. Elsewhere, chiselled flanks sit above the black plastic wheel arch cladding so beloved by crossover designers. Round the front, the latest development of Mitsubishi’s family face suits the car well – it looks modern and rugged without becoming a caricature of an SUV.

Mitsubishi says this is its best interior yet, drawing attention to the stacked layout and soft-touch plastics atop the dash. Look a little closer, though, and you might notice some cheaper materials – from the textured glovebox lid to the hollow silver trim around the centre console.
There’s good legroom for rear passengers, however, and the bench seat slides and reclines to balance people with luggage. The boot is a decent size too, with only slightly tight headroom spoiling the rear half of the cabin. Children might find it difficult to get a good view out of those narrow windows, though.

The Eclipse Cross comes loaded with equipment for the money. Entry-level ‘2’ cars have an infotainment system with Android Auto and Apple CarPlay, DAB radio, cruise and climate control, and a rear-view camera – features you’d have to pay extra for on similarly-priced rivals.

The Eclipse Cross is very reasonably priced compared to the competition, considering the powerful engine and ample equipment. Even a fully-loaded 4WD automatic model is priced at well under £30,000.

It’s hard to argue with the Mitsubishi Eclipse Cross’s generous equipment levels, powerful engine and bargain price tag. If you’re becoming weary of best-sellers such as the Nissan Qashqai, it might not be a bad choice.