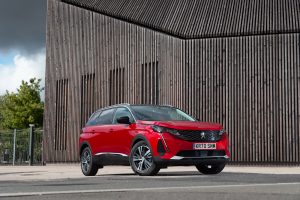 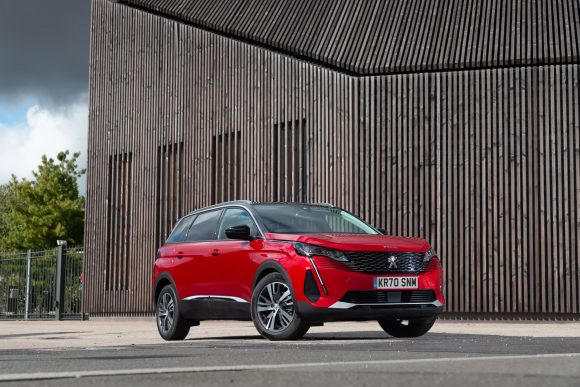 First Drive: Peugeot 3008 undergoes a nip and tuck with tech upgrades thrown in as well

The second-generation SUV certainly looks great but Darren Cassey wants to know if there’s substance beneath its obvious style.

We probably sound like a stuck record by now, because every time we test a Peugeot we start by talking about how fantastic its line-up is right now.

We’re going to do it again, though, because in the space of a few years the French firm has gone from making averagely decent mainstream models to genuinely good-looking cars inside and out that are also great to drive.

Here, we’re testing the facelifted second-generation 3008 – a small SUV whose first-generation model was uninspiring. It’s had some nip and tuck as well as new technology upgrades.

This being a mid-life facelift there isn’t a long list of changes, but it has a striking new front with a frameless grille that looks like nothing else on the road.

It also gets LED lighting technology with a new ‘fog mode’ that uses a lower-intensity dipped beam rather than separate fog lights, a new ‘black pack’, upgraded interior technology plus improved safety equipment, including night vision. 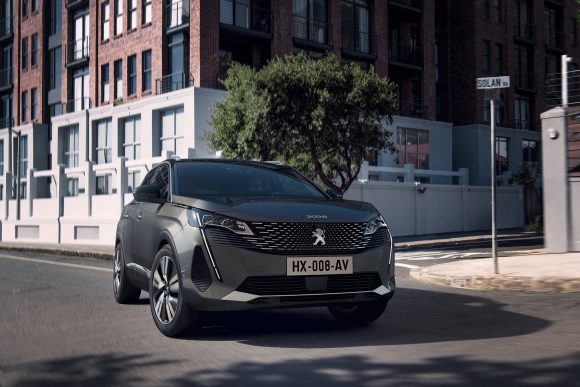 You can choose between petrol, diesel and plug-in hybrid versions. Each has an eight-speed automatic, but the 128bhp entry-level petrol also offers a six-speed manual as an option.

We tested the top-spec hybrid, which uses a petrol engine and two electric motors for a combined 296bhp. It’s the only version with four-wheel drive, has CO2 emissions of just 29g/km and can go for 36 miles on just electric.

As such, it’s no surprise that the 3008 is incredibly spritely for what ‘s supposed to be a sedate family car.

Getting up to speed entering a motorway is fun and will surprise others on the road, but it’s fair to say there’s a little gruffness to the engine note when it’s not in EV mode.

Peugeot has resisted the urge to go too sporty with the 3008, but it treads a fine line between offering a comfortable ride in general driving and feeling nimble on a twisty back road.

There’s a slight coarseness to the ride, with small bumps in the road definitely noticeable, but that could have been because of the 18-inch alloy-wheels of our GT-trimmed test car.

Steering is quick and responsive, making driving in traffic a breeze. It’s a settled car, and while it doesn’t excel in any aspects, it does everything well without feeling compromised.

To our eyes, the 3008 looks fantastic, cutting a bold, modern figure out on the road and truly standing out among more drab machinery in car parks.

The front is the highlight, with the frameless grille and ‘claws’ for daytime running lights.

While the front is all aggressive lines and arguably fussy design, the rear has a much cleaner simplicity to it. It’s got a retro boxy edge, while the redesigned LED tail-lights have the signature ‘three-claw’ effect. 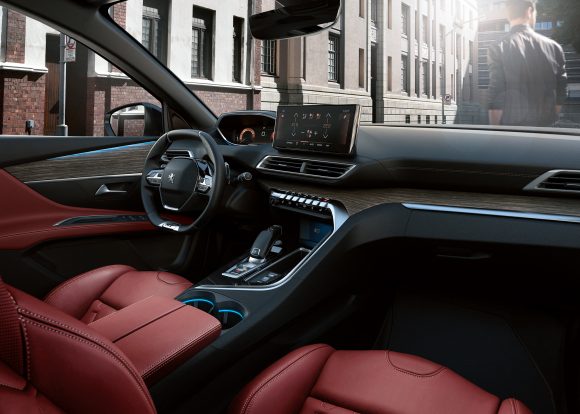 The stylish design continues here, too, echoing the wild styling of the front. The centre console has a swooping effect surrounding the gear shifter, with the silver switches for menu shortcuts above it.

The tablet-like infotainment screen (a 10-inch unit now available on all trim levels) is pretty easy to use – although it’s still frustrating having to tweak climate controls through digital menus.

The tiny steering wheel takes some getting used to, but the digital i-Cockpit screen is better positioned in the 3008 than elsewhere, where the wheel blocks the view of important information such as your speed.

Prices start at £27,160 for Active Premium models, which includes the latest digital i-Cockpit and has an 8.0-inch infotainment screen as standard, and includes Apple CarPlay and Android Auto.

Step up to Allure, with prices beginning at £28,760, and you get the 10-inch infotainment screen as standard, plus automatic high beam headlights, dark tinted windows and 18-inch alloy wheels.

Finally, GT Premium is by far the most expensive, beginning at £35,260. This adds a 360-degree camera, premium Focal stereo system, heated seats and 19-inch alloy wheels. 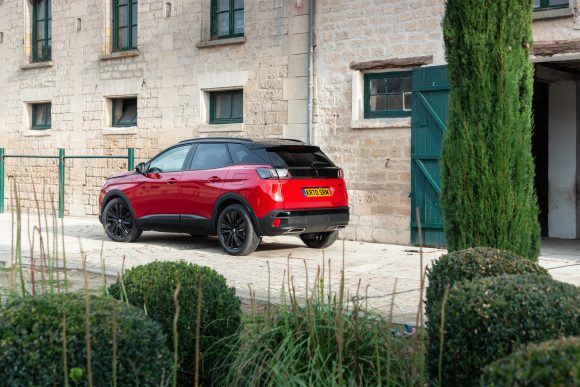 The Peugeot 3008 continues to feel like a breath of fresh air, bringing some much-needed individuality to what is traditionally a rather uninteresting segment.

Jump inside and the interior is fantastic too, feeling like it uses great-quality materials while looking cool as well.

It’s not a case of style triumphing over substance either, with the 3008 also proving decent to drive and having low running costs on the hybrids in particular.

It might lack the final details the best-in-class achieve, and the driving position is rather awkward, but dealers can say that the 3008 should definitely be on the shopping list of anyone looking for a smart, reasonably priced family SUV.