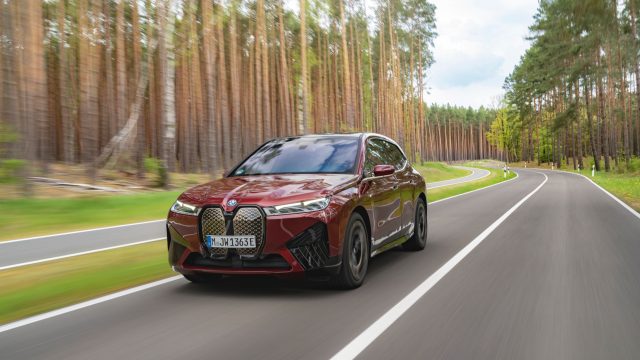 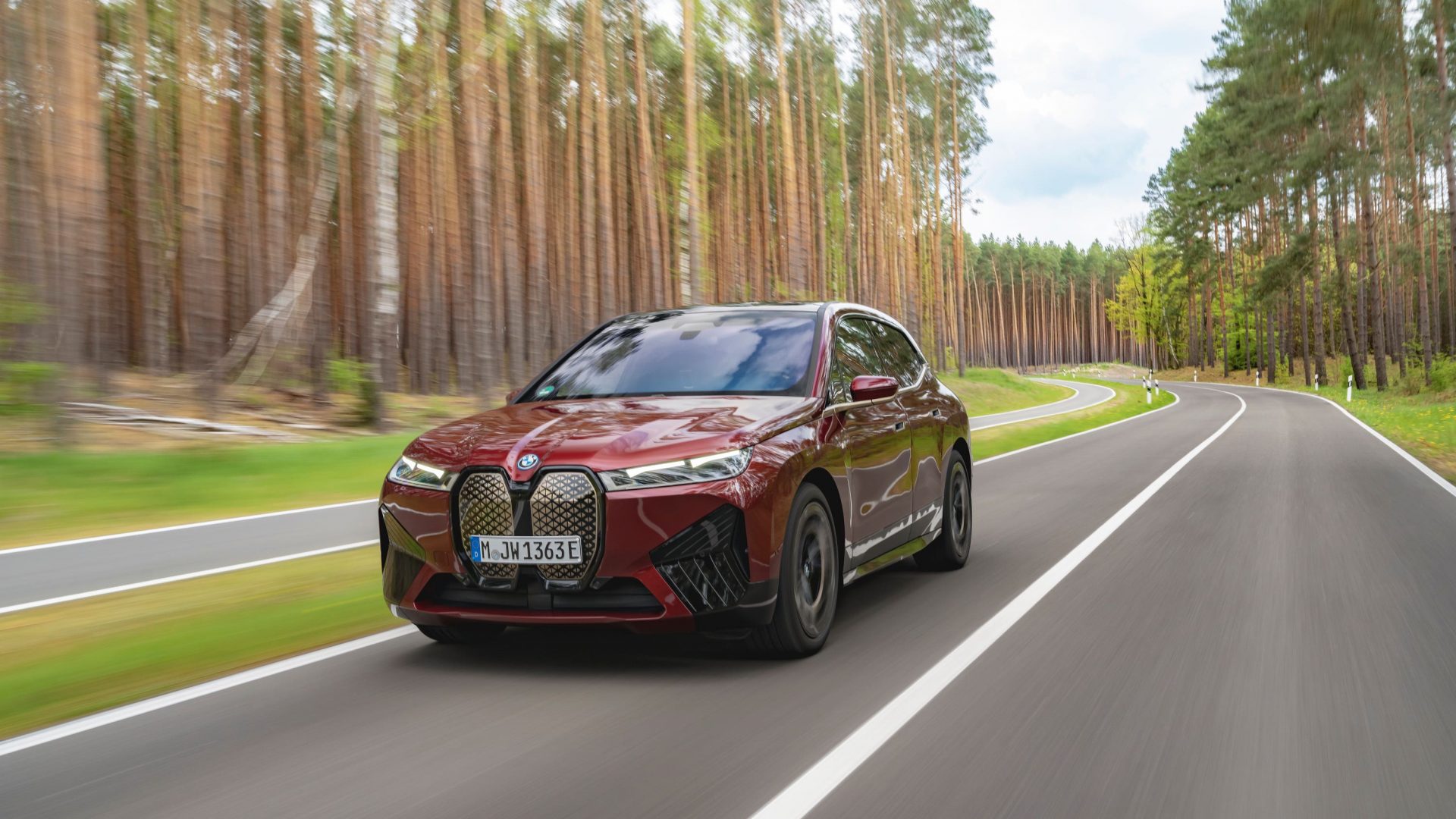 Few car firms have caused as much controversy in recent years as BMW, with its divisive-looking models dividing opinion. None more so than the iX, with this flagship electric SUV certainly turning heads, if not always for the right reasons.

That hasn’t stopped its success, with BMW struggling to keep up with demand, even with first deliveries only commencing at the back end of last year.

Things aren’t stopping there, though, with BMW’s performance ‘M’ division now getting its hands on the iX – the result being this new M60 version.

It is only the second performance EV from the German marque, and is its most powerful electrified car yet, does it impress?

To find out, we sent our man Ted Welford to drive it and see what’s what. 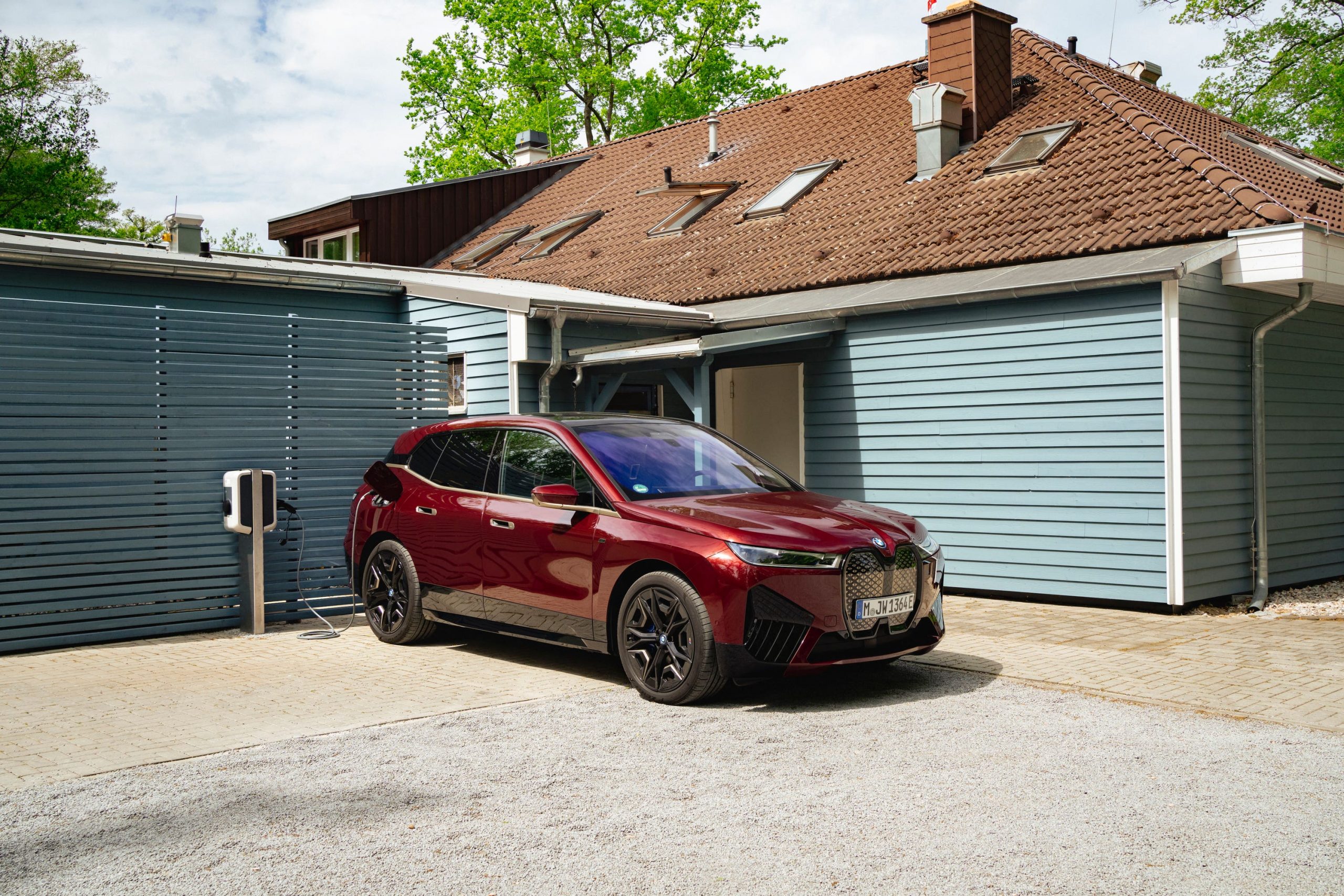 In a slightly unusual fashion for an ‘M’ model, not a huge amount has changed for the M60’s design, though given the iX is more than able to stand out on its own, it’s not hard to see why.

Things are pretty much the same as the regular iX inside, too – with the exceptions of some M-specific dials – so it’s really just beneath the surface where things change, as the iX gains revised electric motors that see power and torque jump quite significantly. 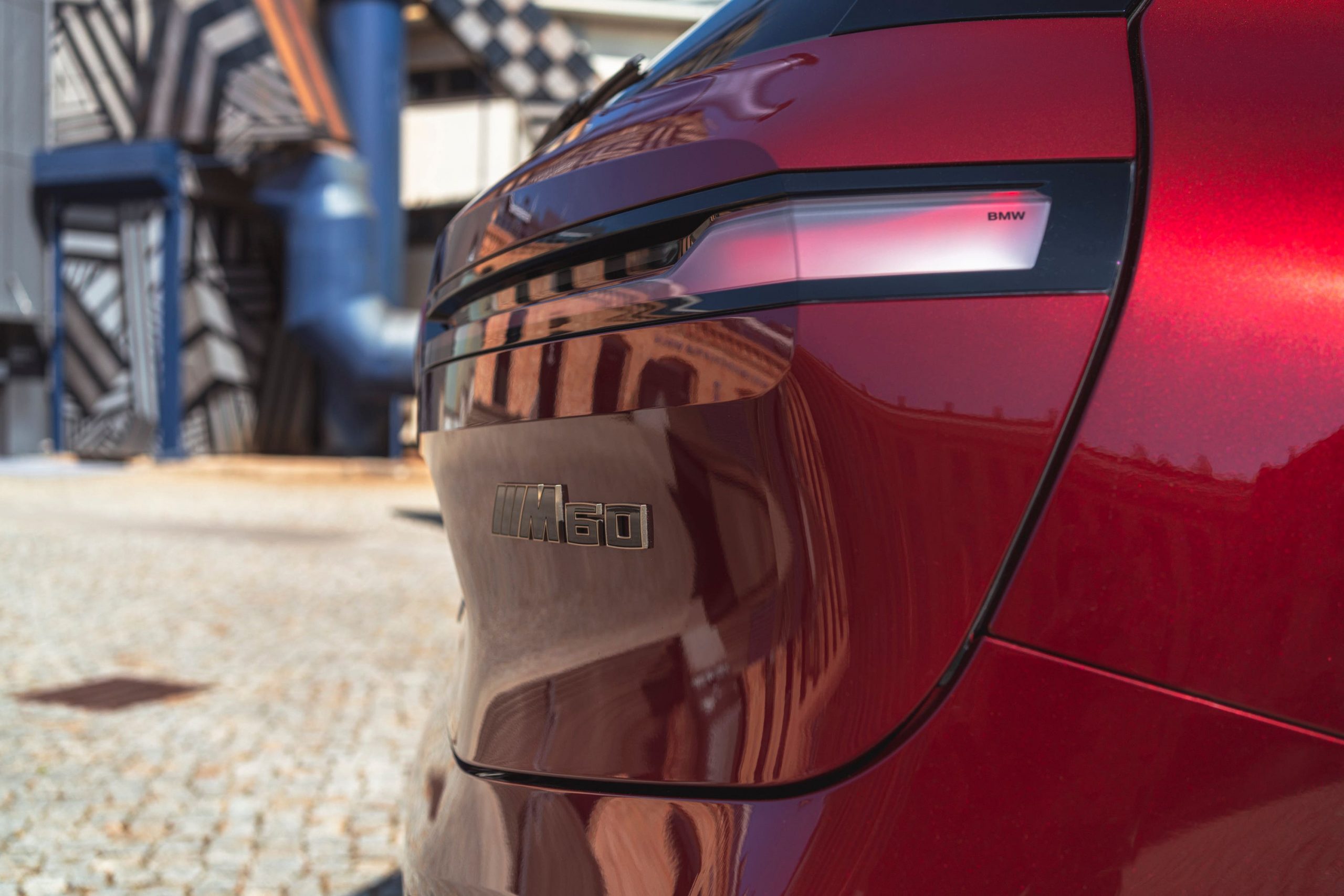 The iX launched last year in two forms – xDrive40 and xDrive50, and the latter version is certainly not lacking in pace, producing 516bhp and 765Nm of torque. But this new M60 version gets a significant performance boost, with its redesigned motors producing a huge 611bhp and 1,100Nm of torque. To give that number some context, no BMW has ever had more torque.

The result is a 0-60mph time of just 3.6 seconds, while the top speed increases to 155mph – up from 112mph in other iX models. The same large 105kWh battery from the standard car is used, which enables an electric range of up to 348 miles – impressive, but slightly down on the ‘50’ version’s claimed 380-mile range. It can also charge at up to 200kW, meaning a 10-80 per cent charge can take as little as 35 minutes. 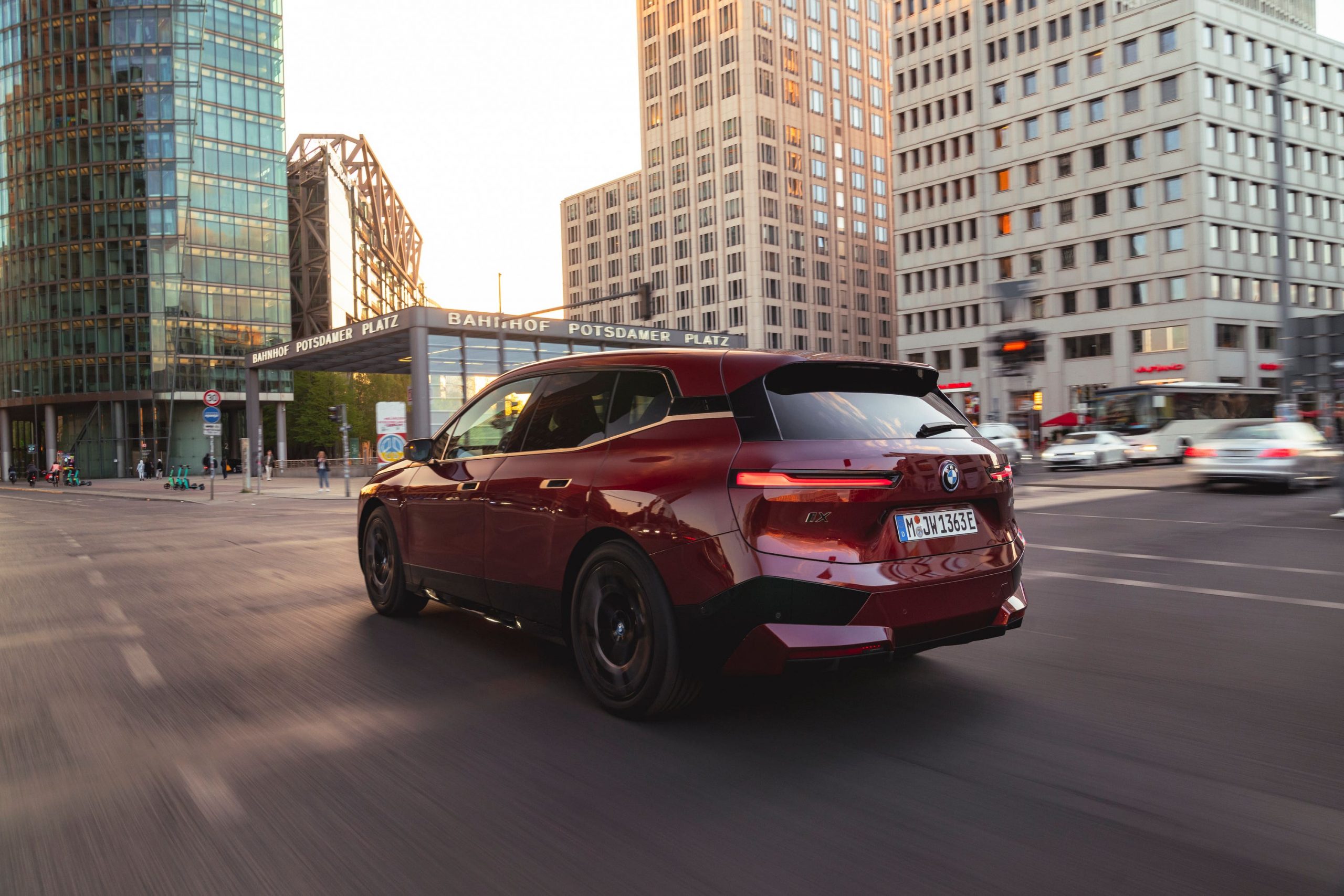 The sheer pace on offer from the M60 is what immediately shocks. Put your foot down and the way this 2.6-tonnne SUV can get up to speed is nothing short of mindblowing.

We got to try the iX on Germany’s derestricted autobahn motorways, and even at higher speeds the pace still keeps coming, rather than dropping off like other EVs have a tendency to. It’s also accompanied by a futuristic sports sound, developed by German composer Hans Zimmer, which really adds to the performance feel. You can choose to turn this off if you don’t like it, though.

When you’re wanting to settle things down, the iX becomes a sedate cruiser that offers exceptional comfort and refinement. For longer motorway trips, it would be an exceptional choice. Around town – and in our case through the centre of Berlin – the near-silent running, impressive camera systems and safety assists make driving something even the size of an iX an absolute doddle. 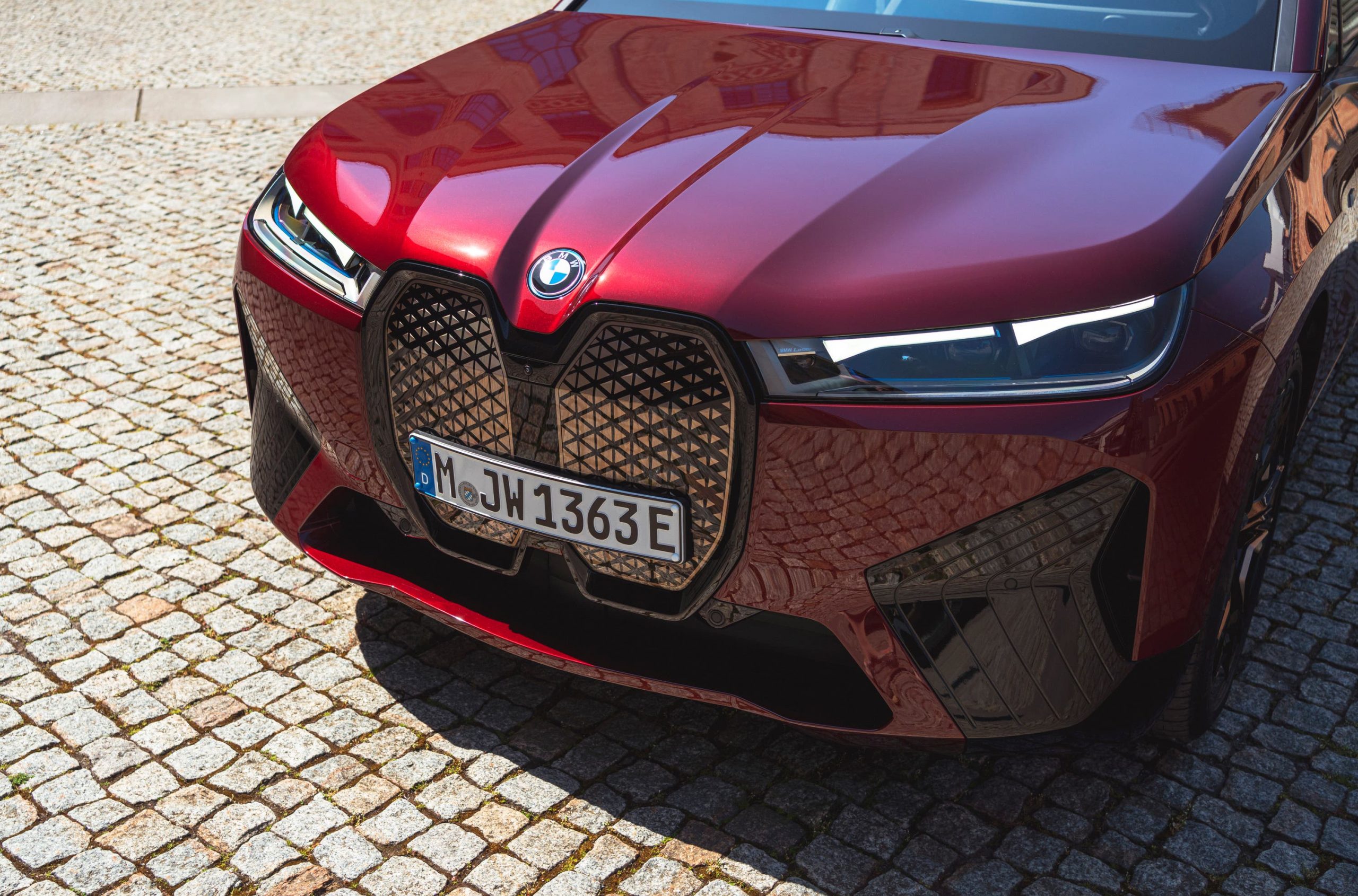 BMW intended to make a statement with the iX, and it did just that. Though a car’s looks will always divide opinion, its blanked-off grille is certainly not our cup of tea. But it’s a talking point, and turns heads wherever you go – something that’s likely important when you’re spending this kind of money.

The rest of the car is actually quite smart, though, with its flush door handles, thin LED lighting and two-tone body really looking the part. As we’ve mentioned, styling changes on this M60 version are quite limited, but look closer and you’ll notice the blue brake callipers, bronze detailing and 22-inch alloy wheels.

Driving the 611bhp iX M60 today. Be thankful I chose to use a photo of the rear of it pic.twitter.com/AKsEst3gUq 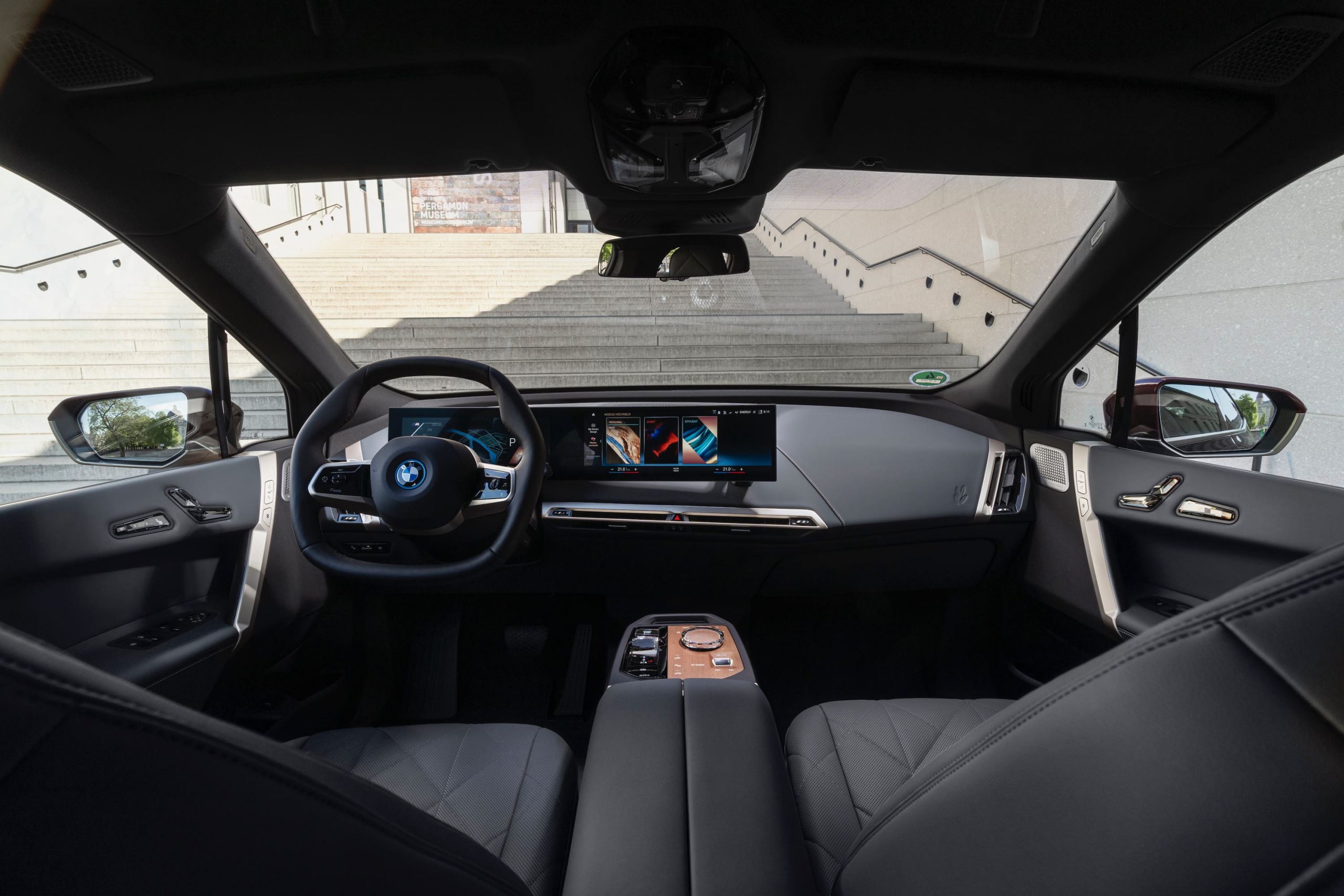 The iX also continues to make a statement when you head inside, with the interior being dominated by the brand’s latest ‘Curved Display’ – which features a digital dial display running into a large touchscreen. Both are super slick to use, while the brand’s iDrive operating system remains the best around. A particular highlight is the augmented reality sat nav, which relays arrows onto the road, making it almost impossible for you to miss your turn.

The material quality is top notch throughout, with a range of materials combining to create a seriously upmarket cabin. For a performance model – even an electric SUV – the seats are very flat, with next to no support. More positively, the iX offers a roomy cabin with loads of rear seat space and a big boot. 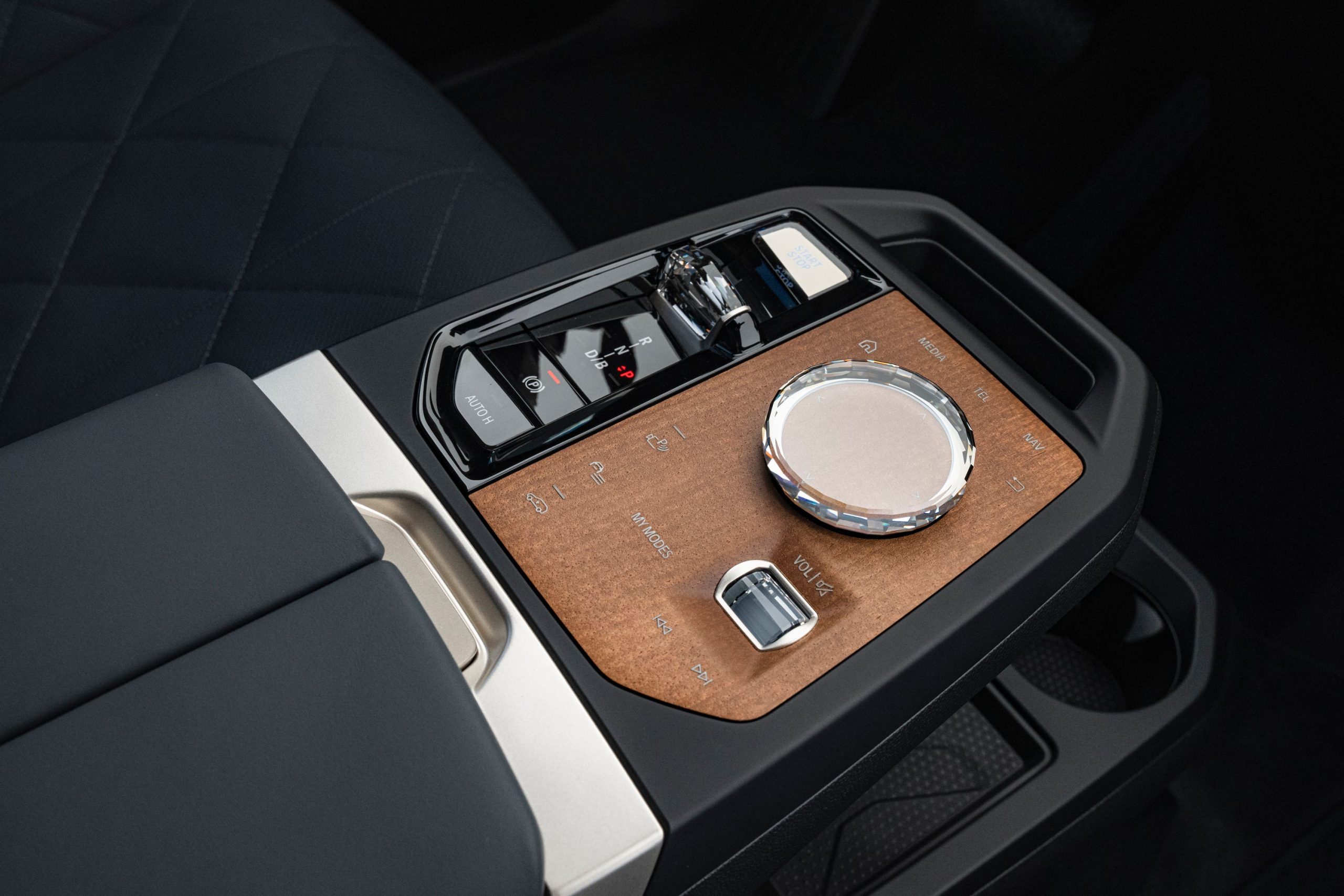 Perhaps not surprisingly for a ‘statement’ EV, BMW has thrown all the toys at the iX. Name a feature and this SUV will likely come with it, and it’s packed with high-end touches, from its superb Bowers & Wilkins sound system to a full-length glass sunroof and massaging and ventilated front seats.

Other bits of technology fitted include power-closing doors, the brand’s renowned Laserlight headlights and all the latest driver assistance technology – the advanced adaptive cruise control and blind spot monitoring being particular highlights.

That said, with a starting price of £116,905, you want to make sure you’re getting plenty for your money. For comparison, the xDrive50 version is available for a much lower price of £93,850.

Objectively, does an electric family SUV really need more than 600bhp? It doesn’t, but seeing is truly believing as to just how rapid this EV is, which will appeal to some buyers.

Though we reckon the standard iX ‘50’ version – or even the substantially cheaper ‘40’ – will be a better fit for many, if you crave the best-of-the-best, this M60’s combination of quality, technology and sheer performance is truly unmatched. Just be prepared to pay a rather inflated price for it…