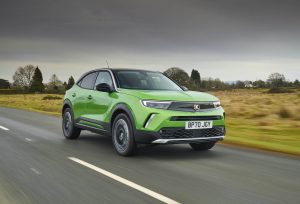 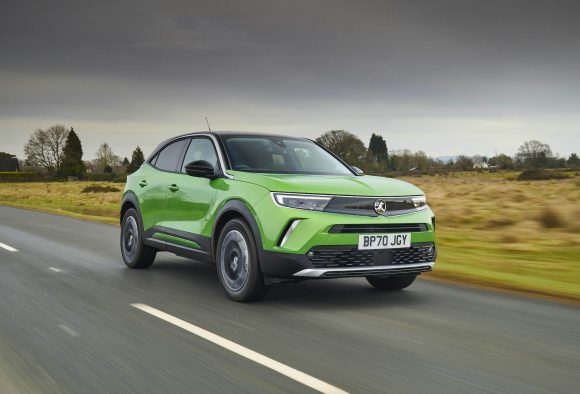 Vauxhall has launched a new Mokka, which spawns an EV version for the first time. But does it impress? Ted Welford finds out

If ever there was proof that just because a car is popular it doesn’t mean it’s any good, it’s the Vauxhall Mokka. So despite this crossover’s lacklustre driving experience, plain design and general mediocrity, it certainly didn’t stop them selling, with more than 200,000 finding homes across the UK since its introduction.

While discontinued in 2019, the Mokka is now back and it really couldn’t look or be any different to its predecessor. It is, of course, worth remembering that this is a model built under the brand’s PSA Group ownership, whereas the previous model was developed under former keepers General Motors.

Really all this new Mokka shares in common with its predecessor is its name and it’s based on PSA’s CMP platform, while the design inside and outside is a transformation compared to before – we’ll explore the styling later.

And importantly, the new Mokka also launches with a new electric ‘e’ model – featuring the same powertrain as the brand’s Corsa-e, along with various models from Peugeot, Citroen and DS. It’s part of ambitious plans for the firm to have five EVs on sale by the end of 2021, with this Mokka being the fourth when it arrives in showrooms next month. 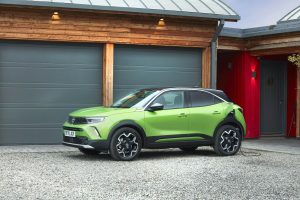 The Mokka-e’s tried-and-tested setup sees a 100kW electric motor combined with a 50kWh battery. That motor produces 134bhp and 260Nm, and makes it the peppiest model in this crossover’s range – accelerating to 60mph in nine seconds. The ‘off the line’ pace is also particularly impressive.

The 50kWh battery also allows for an appealing claimed range of 201 miles, which sits quite middle-of-the-road in this class – delivering way more than the Mazda MX-30’s minimal 124-mile range between charges, but some distance behind the Hyundai Kona Electric’s ability to do 300 miles on a full charge. A useful touch is that it can charge at up to 100kW – meaning an 80 per cent charge can be achieved in 30 minutes.

It’s important to note that the Mokka also remains available with a choice of petrol and diesel engines.

If Vauxhall is hoping to catch new EV drivers, the Mokka-e feels like quite the tool. That’s because of just how ‘normal’ it feels. It doesn’t have the ‘wow’ of other EVs when you put your foot down, but feels safe, sensible and largely comfortable, even on our test car’s larger set of 18-inch alloys. Even the ‘Eco’, ‘Normal’ and ‘Sport’ driving modes reflect that of the petrol model.

This is no bad thing, though, as the Mokka-e is still pleasant to drive, and does a sterling job of hiding its extra mass over the regular car, while the ride is arguably better than the standard car, too – a rarity in the EV world.

You also have the superb quiet driving experience that’s a given with an EV, while even road and tyre noise are hushed at speed. 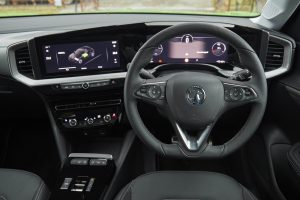 The new Mokka showcases a new design direction for Vauxhall, and to our eyes at least, it feels like a welcome step forward. The brand’s models have never really done much to inspire when it comes to design, but the Mokka is a car that genuinely turns heads on the road.

A highlight is its new ‘Vizor’ – the strip of glass that incorporates the headlights, grille and updated Vauxhall badge’– while Vauxhall says the design has been ‘detoxed’ to make it less fussy. We’re not sure we agree as there’s still plenty going on, but it’s striking and should offer plenty of appeal once buyers can get up and close and see it in person in showrooms.

New personalisation options are available, while interestingly the new Mokka is actually around 12cm shorter than its predecessor, though is no less roomy. Aside from some subtle ‘e’ branding, there’s also nothing to tell it apart from the petrol and diesel model.

The cabin also showcases another thing new for Vauxhall – the Mercedes-like ‘Pure Panel’ that includes the main touchscreen and digital dials. The size of both depends on how much you spend, but both are clear and easy to use, with the large 12-inch digital dials being a particular highlight.

The cabin quality has also taken a welcome step upmarket, too, with our Launch Edition model looking and feeling particularly upmarket with its leather seats and posh stitching. It doesn’t quite have the same upmarket look and feel as something like an Audi Q2, though.

As for spaciousness, it’s quite middling for this class – the 350-litre boot is larger than a Corsa’s, but some way off the class best. Rear space also isn’t overly generous. Vauxhall’s way of getting around this is by saying the Mokka is the ‘sportier’ one, while the brand’s similarly-sized Crossland is the ‘functional’ one. 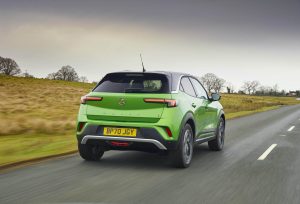 The thought of paying £35,000 for a Vauxhall Mokka, even before options, is quite a scary one, but that’s what this electric model costs in Launch Edition form, even including the £3,000 plug-in car grant.

Granted, the level of kit is exceptional, and includes autonomous parking functionality, Matrix LED headlights, keyless entry and a host of other extras, but either way, this isn’t a cheap car.

You can save yourself a bit by going for the £30,840 SE Nav Premium model, but that’s still more than £10,000 more than a regular petrol version would cost – something that might prove hard for the average private buyer to stomach, though it will be the yet-to-be-revealed finance deals that will make or break this EV’s appeal.

With a stunning design and high-quality interior, the new Vauxhall Mokka is immediately more appealing than its predecessor, and is better to drive and gets a host more technology.

The option of an electric model also bolsters its appeal significantly, and though this new Mokka-e might not lead this class, it’s a model that’s now easy to recommend and could be an ideal first EV for buyers looking to make the switch, providing they can afford the cost.

Not just the most stylish Vauxhall for decades, but one of the smartest looking electric small SUVs on sale