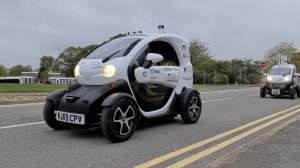 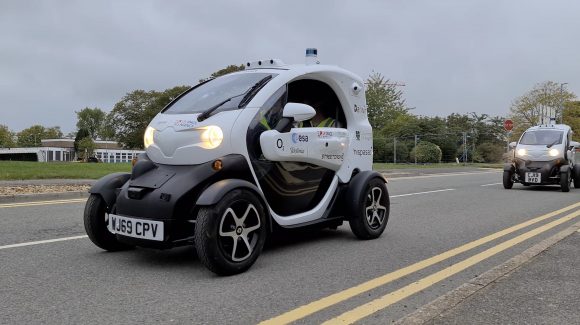 A new lab has been launched in Oxfordshire to test driverless cars that use 5G and satellite technology.

The Darwin SatCom Lab is the UK’s first commercial lab of its kind and is being backed by the government plus funding from the UK Space Agency, with the work led by O2.

Based at the Harwell Science and Innovation Campus, it will also examine ways of using 5G tech and satellites to keep vehicles connected, with businesses being invited to test driverless cars there.

5G is seen as being key to developing autonomous vehicles by cutting how long it takes for information to be sent and received.

This is vital for driverless cars as they scan the environment around them, process the data and use that to control the vehicle.

Satellite use is being tested as a way of allowing vehicles to drive safely where the mobile phone signal is poor.

Two Renault Twizy electric cars have been converted into driverless vehicles there by O2.

The vehicles, which have sensors, can be controlled from the lab and driven around the campus using 5G and satellite connectivity.

Science minister Amanda Solloway said she was ‘incredibly excited’ by the lab’s launch.

‘The UK’s space sector is applying pioneering technologies such as satellite and 5G to essential products and services that will help to transform our everyday lives.

‘I am incredibly excited that O2’s first-of-its-kind driverless car lab will enable our most innovative businesses to test these technologies and bring us another step closer to putting self-driving vehicles safely on our roads.’

‘It will allow companies to put theory into practice and test innovative ideas using our connected and autonomous vehicles.

‘The lab is further proof that O2 is at the forefront of connectivity and accelerating Britain’s recovery by helping British businesses to harness the power of 5G and satellite communications in order to benefit their customers.

‘It’s the next step in getting autonomous vehicles on the road and making the UK’s transport network greener.’

The lab is also part of Project Darwin – a four-year programme backed by the UK Space Agency and European Space Agency to try out new connectivity technology for driverless cars.