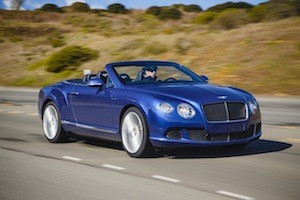 Among the missing vehicles are two new and three used Bentleys as well as the latest Continental GT Speed and a GTC – together, the five cars are worth more than €1m.

As reported by World Car Fans, the Hollywood-style robbery took place last Friday night and was later reported to the police by an employee early the following morning when he discovered the absence of the five cars while opening the showroom.

Evidence regarding the crime was secured by the State Office of Criminal Investigation and according to GT Spirit, the State Office says the chances of finding both the thieves and the cars are very slim.