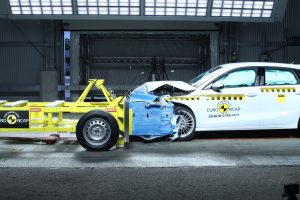 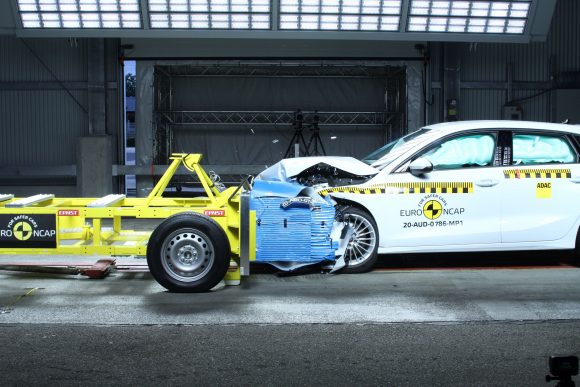 Five vehicles have scored top marks in the Euro NCAP crash tests in the biggest batch of data for the year to be released by the safety assessment organisation.

The Audi A3 Sportback, Seat Leon, Isuzu D-Max, Kia Sorento and Land Rover Defender were all given a five-star rating.

Both the Audi, pictured above, and Seat use the same MQB-II platform as the latest-generation Volkswagen Golf, but performed particularly well in the ‘far-side impact protection test’ thanks to central airbags.

The hatchbacks performed on a par with the VW, but Euro NCAP noted that the Leon’s front-end design in particular contributed to an impressive adult occupant protection score of 92 per cent.

The Isuzu D-Max was picked out for particular praise after scoring five stars in a ‘segment that is not famous for highlighting safety’.

Crew Cab models were noted for getting automatic emergency braking and a new centre airbag.

Where that model performed the weakest was its weight and front structure, which made it more ‘aggressive’ to other vehicles in a collision – something that also affected the Land Rover Defender’s score.

The Kia Sorento was the last of the batch to get five stars, retaining the top rating of its predecessor thanks to the range of driver assistance systems and despite not doing so well in the frontal offset crash.

The quirky Honda e just missed out on full marks, scoring four out of five. It lost a star because it lacked advanced safety systems.

Meanwhile, the Hyundai i10 received three stars, with the fact that the driver’s pelvis slipped under the lap belt in the full-width frontal impact test counting against it. 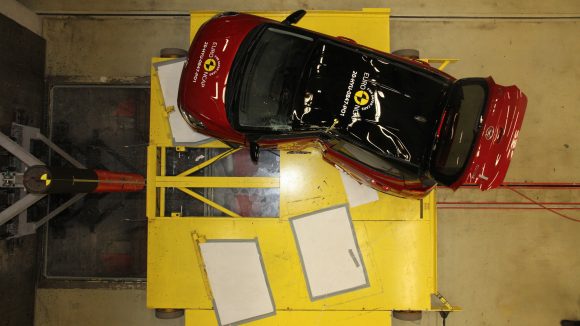 ‘Now, in 2020, we have a frontal test which can assess how a vehicle performs in this regard and can penalise those cars that perform poorly.

‘This is a first for safety assessment and should lead to better, more compatible designs in the future.’