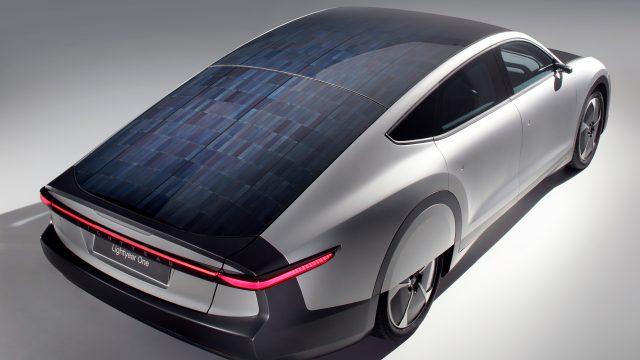 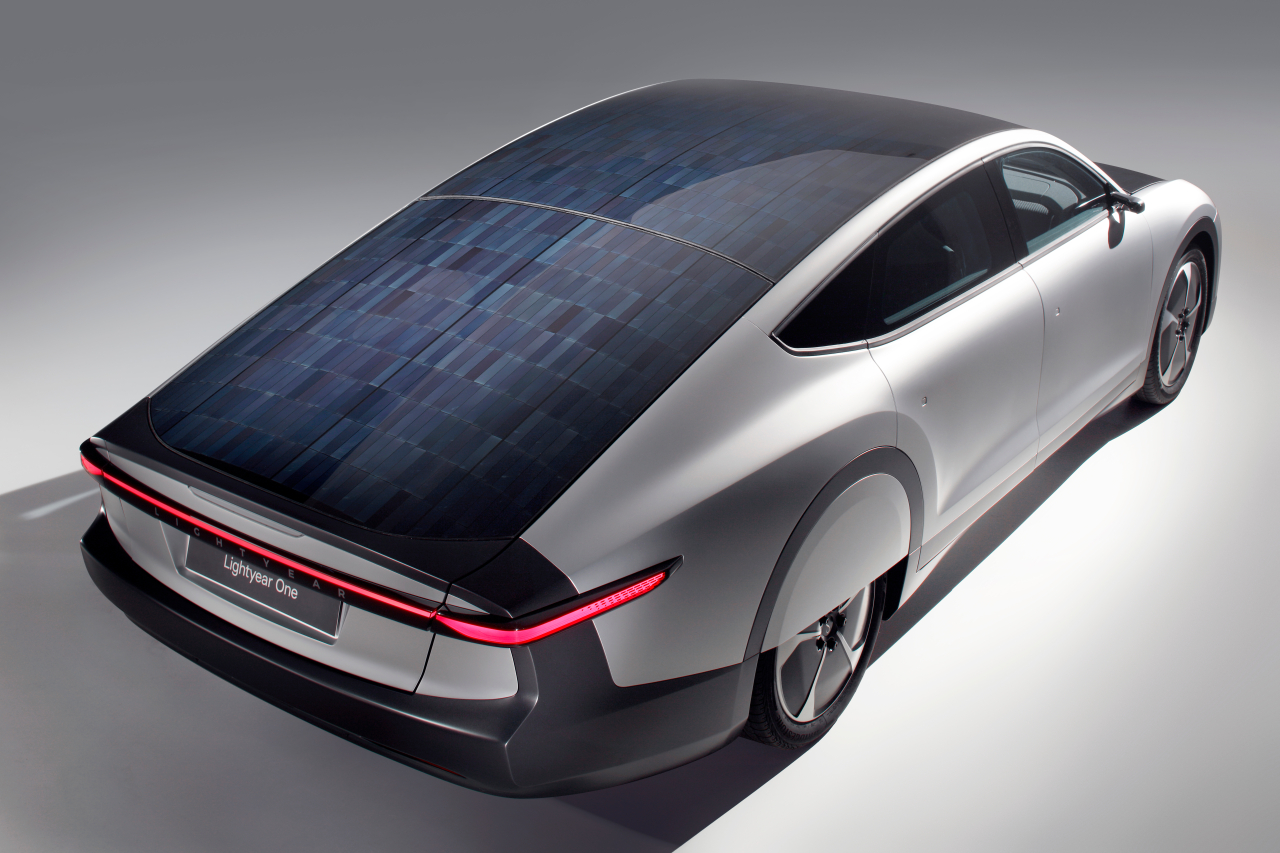 As we edge ever closer to 2030, when new petrol and diesel cars will no longer be able to be sold here, electric models are becoming increasingly popular – and there are plenty of big questions being asked about EVs.

How will I charge them if I can’t plug in at home? Will they overload the grid? Is the electricity as environmentally friendly as we think?

All worthy questions that will have to be answered.

But what if a car could answer all of those questions in one swipe? Well, the Lightyear One might just do that, as it’s the first long-range solar car.

Confirmed to be commercially available from the end of 2021, it could help to answer the question of EV charging.

Here are five things to know about it…

The best aerodynamics of any production car 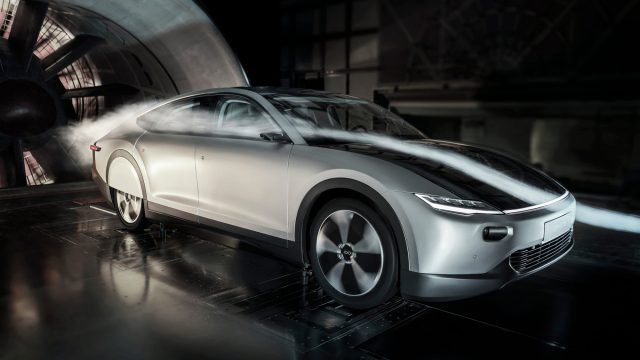 Perhaps unsurprisingly, there’s a heavy concentration on efficiency here, and it’s no huge surprise that with the Lightyear’s sleek body it has the lowest aerodynamic coefficient of any production car today.

This is achieved through its swoopy elongated shape, along with details such as its wheel spats – covers that go over the wheels to reduce drag. 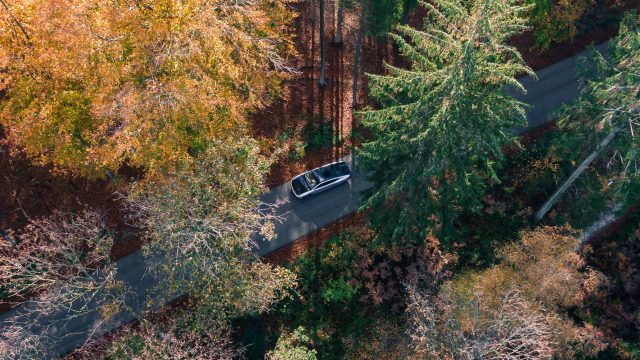 When it comes to powering our houses using the sun, the roofs of buildings are plastered in solar panels.

So you’re probably wondering how the same can be achieved with a car with a much smaller amount of space?

Well, the Lightyear One’s rear, roof and bonnet are plastered in five square metres of solar panels that manage to harness the energy from the sun to charge the car’s battery, allowing for a claimed range of 450 miles.

Even in the Netherlands, where the One will be produced, it’s said to be able to offer more than 6,000 solar-powered miles in a year.

The rest of the time, it can simply be charged like a normal EV, although Lightyear says it expects owners will only have to charge it at the mains once a month.

It’s still a practical car you could use every day 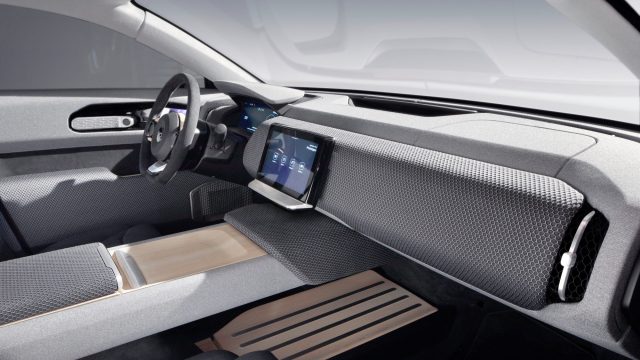 You might expect the Lightyear One to be a vehicle that can’t be used every day, but that’s far from the case.

Thanks to its generous proportions – it’s roughly the same length as a seven-seater Audi Q7 SUV – it can accommodate five people, while the boot has a huge 780 litres of luggage capacity.

New tyres specifically developed for it 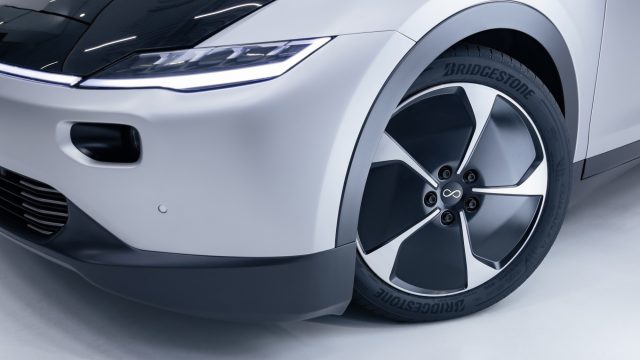 To enhance efficiency further, the Lightyear One has a set of tyres that have been specifically developed for it.

Announced as part of an ongoing collaboration with Bridgestone, the special tyres have as little rolling resistance as possible – achieved via a new tread pattern and a narrow width along with a large diameter plus high inflation pressures.

Called Turanza Eco tyres, they offer a 90kg saving across four tyres compared with the typical rubber used on an electric car. 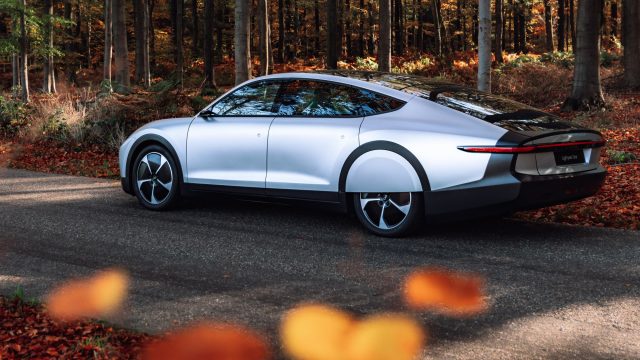 A solar-powered car might seem like a far-flung concept that’s set to remain on a motor show stand, but the Lightyear One really is making production, and from as early as this year after spending a long time in development.

And the cost? Well, pioneering technology is rarely cheap, and it’s safe to say this car isn’t.

This feature – along with other features, news, reviews and plenty more – appears in the current edition of Car Dealer, which you can read below.