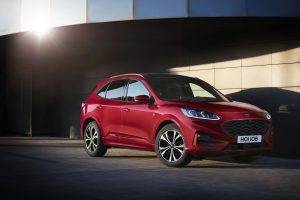 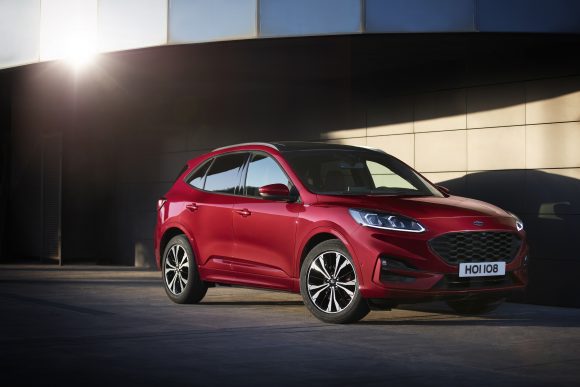 Ford has dropped diesel versions of its Kuga SUV after demand has shifted to petrol and hybrid versions.

The Kuga is the second diesel to be axed by Ford in recent times, after the same decision was made with the Fiesta last year.

The withdrawals mean that the Focus is now the firm’s only passenger vehicle available with a diesel powertrain.

Bosses at Ford say that the slide in demand is down to an increased thirst for petrol and hybrid models.

The Kuga was previously available with a choice of a 1.5- or 2.0-litre Ecoblue diesel engines, which produced up to 187bhp.

However research found that diesels accounted for just 10 per cent of Kuga sales.

With those options now gone, it leaves full-hybrid and plug-in options as well as Ford’s 1.5-litre Ecoboost petrol engine.

A spokesman for Ford told Autocar: ‘The petrol, full-hybrid and petrol plug-in are the future and where the demand is.

Other than the Focus, the rest of the Ford range is now completely diesel free.

It means that the Fiesta, Puma, Mondeo, Galaxy, S-Max, Ecosport and Kuga are exclusively available as petrols or hybrids.

It follows a growing trend among buyers, which has seen diesel sales slump to just 5.1 per cent of car registrations last month.