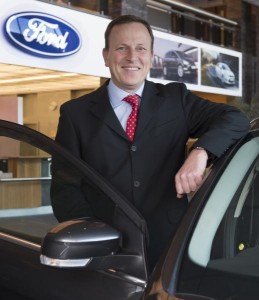 FORD of Britain has appointed a new fleet director.

Nick Themistocleous (pictured) will be taking on the role of overseeing fleet operations from Phil Hollins, who has held the role since 2012. Hollins will become the commercial vehicles director of Ford of Europe. Both appointments are effective from February 1.

Themistocleous joined Ford Credit as a graduate trainee in 1986.  He held a variety of sales, marketing and financial roles in Ford of Britain including UK fleet marketing manager before moving to Germany in 2003 as the European fleet and leasing director.

He returned to the UK in 2006 as the operations manager in aftersales before taking up his current role as sales district manager.

Born in Halifax, Themistocleous is married with three children and lives in Tunbridge Wells, Kent. He is a keen sportsman and enjoys coaching football at junior level.

For 2014, Ford was the number-one manufacturer for the net fleet car market with 10.6 per cent share, up 7,300 vehicles on 2013. Ford also increased its commercial vehicle market leadership with 27.4 per cent of fleet sales – more than the next two rivals combined.

MORE: I thought I was a Porsche snob…